Pulling Funds out of Fossil Fuels

As investors we have some clout actually, we have the capacity to make a difference on this issue. What are we doing with our money? Are we profiting from climate change? _ Matheson Russell 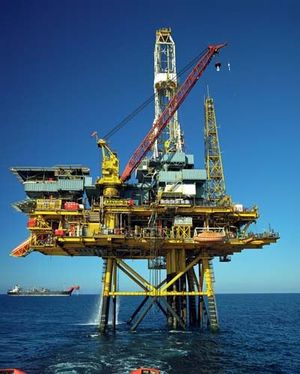 At a time when the New Zealand government is opening up large areas for exploration by oil and gas companies, some of the country’s institutions have decided to pull their investments out of the fossil fuel industry.

Globally, the idea of fossil fuel divestment – the deliberate withdrawal of funds from oil, gas and coal companies to help accelerate a transition to renewable energy sources – is beginning to have an impact, totalling about $50 billion in investments that have been moved out of fossil fuels. Recently, the Guardian newspaper joined the campaign, asking the world’s largest charitable foundations to divest their endowments.

In 2014, new installations of carbon-free renewable power plants, driven by a rapid expansion in developing countries, surpassed 100 gigawatts of capacity for the first time, according to the UN Environment Programme’s latest Global Trends in Renewable Energy Investment report (pdf).

In New Zealand, one of the first organisations to make a commitment to divest its funds was the Anglican Church of New Zealand, motivated largely by a sense of urgency to take action on limiting the impacts of climate change.

The Anglican Church represents almost 10 per cent of New Zealanders (according to the 2013 Census) and has large investments in property and shares. Matheson Russell, the convener of its climate action group in Auckland, says the church leadership has been concerned about climate change for a long time.

Back in 2006, the body of bishops and archbishops issued a statement where they said publicly that climate change presents a real and present danger to the environment and also to the human species and they urged strong action in response to climate change.

The first effort was on reducing the church’s own carbon footprint at the level of local parish churches to reduce “our complicity as consumers of fossil fuels”, but the divestment campaign has now added a new focus on investments. “As investors we have some clout actually, we have the capacity to make a difference on this issue. What are we doing with our money? Are we profiting from climate change?”

Matheson Russell says the Anglican Church has committed to a two-year time frame for its divestment, which it sees as an issue of social justice. “Every year at our regional assemblies, when we meet with our friends and colleagues in the Pacific Islands, they tell us about the effects of climate change they are already experiencing. Morally responsible organisations like churches need to take action swiftly and need to show moral leadership on these issues now.” 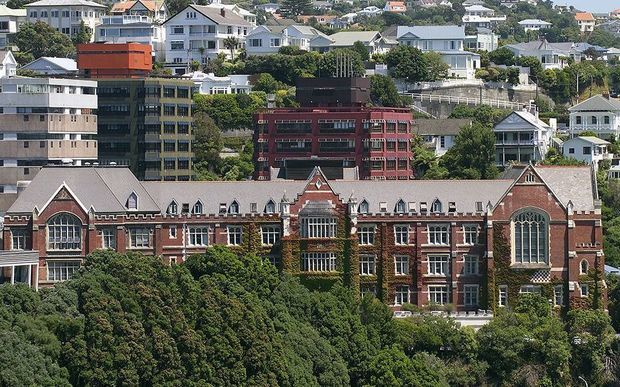 Students’ Association president Rick Zwaan says he was motivated by his frustration with the slowness of international negotiations. In 2009, during his last year at school, he was a youth delegate at COP 15, the 15th annual meeting of parties to the UN Framework Convention on Climate Change, held in Copenhagen.

Seeing what he describes as a “failure of world leaders to take action on climate change” motivated him to take action locally and to start campaigning for divestment at Victoria University, where he now studies geophysics, environmental science and politics.“It’s really heartening to see the university taking the lead on this. It was one of the moments when I was really proud of being a student at Victoria.”

Vice-Chancellor Grant Guilford says the university has already honoured the first step of its commitment by selling shares it held directly in fossil fuel companies. The next step, he says will be more difficult as fund managers are being asked to shift mixed portfolios to more sustainable funds. “That’s becoming easier. The world is moving quite rapidly on this and there are more and more sustainable investment funds available.”

Divestment campaigns have been used in the past, targeting a host of issues including sweatshop labour, tobacco advertising, and the Apartheid regime of South Africa. Grant Guilford says faith groups and universities are usually at the forefront of such campaigns, but larger funds tend to follow.

Sometimes, he says, they accept the moral and ethical duties that stimulate the faith groups, but sometimes there are more pragmatic reasons such as the increased risk in investing in what could become stranded assets.

“For example, the Norwegian sovereign fund has announced it’s out of coal companies. It was a risk-based decision for them because they see a high risk that coal will be affected by regulatory changes related to climate change.”

The main motivation for Victoria University’s decision was “that we should align our investment decisions with the public stance that we take on climate change, which in turn is derived from our research on climate change. There is no doubt in the university community that climate change is a major threat to the world and the people in it and the biosphere as a whole.”

In the meantime, however, the university maintains its Masters programme in petroleum geoscience.

'The world is still dependent on this industry. And the people in that industry are still doing a very valuable job to maintain energy supplies that the world needs. We’re not intending to vilify the people of the petroleum industry in New Zealand by this decision. What we’re intending to say is that this transition away from fossil fuels to sustainable energy sources needs to pick up pace if the world is going to be habitable in the future.
_ Grant Guilford 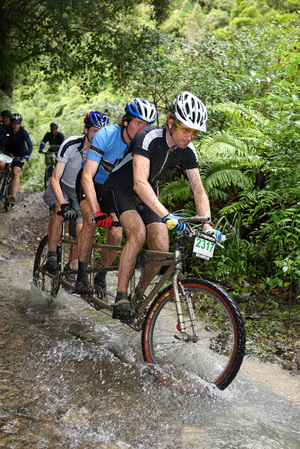 The Kennett Brothers, New Zealand's leading publishers of cycling guide books and the pedalling force behind mountain biking events such as the Karapoti Classic, have decided to divest both their business and personal funds.

Divestment was the obvious next step.

We have control over our own lives, and we have responsibilities for our own actions. ... We want to take that responsibility seriously and avoid contributing to climate change where we can. There are a number of things that are relatively easy to do. Divestment is one of them. _ Jonathan Kennett