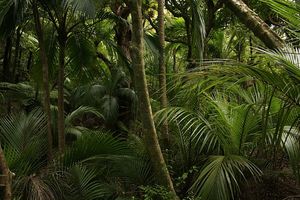 Seedling regrowth and a lush understory of nikau palms is one of the tangible signs of recovery following the trapping of more than 44,000 rats at Windy Hill Sanctuary. Photo: Windy Hill Rosalie Bay Catchment Trust

From small beginnings in 1999, a consortium of private land-owners in southern Great Barrier Island is making a big ecological impact on their land.

“When you walk through the forest you’re walking through a carpet of seedlings. So the impact on seeds [from the removal of rats] is immediately visible,” says Judy Gilbert. “In the independent bird monitoring we’ve had done on the island the Windy Hill Sanctuary has the highest abundance of birds … so that’s something you notice. The other morning my husband got up and actually recorded the dawn chorus.”

The Windy Hill Sanctuary was started in 1999 by the Little Windy Hill Company which owns 230 hectares of forested land in southern Great Barrier Island.

“We realised we needed to start addressing our pest issues,” says Judy Gilbert. “We had a 116-hectare QE11 [Queen Elizabeth 11] National Trust covenant on 116 hectares of it, so we knew its ecological value. We started off with a very small project … and we hired a young man from what was then Task Force Green and we began with a hundred rat traps.  And today that Sanctuary has evolved to 620 hectares, 5000 stations … 80 kilometres of tracks, six employees, and 14 land-owners representing 50 individuals.” 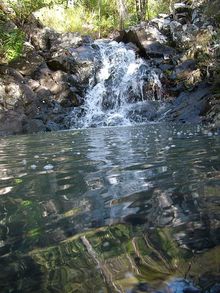 “We’ve lost 12 species of birds on Great Barrier Island … and that decline is slowly going to go on until such time as we can get the predators off the Barrier – that’s my dream.”

The idea of creating a predator-free Great Barrier Island has been talked on the island but this discussion is about to be ramped up to a new level. Judy Gilbert was recently elected to the Great Barrier community board, which has just agreed to pay two women to “facilitate the community conversation on how do we as a community look after the ecology of the island.” During this two-year process Judy says the community needs to “agree on common values, and to decide how to unfold the process before we begin to look at what the tools are.”

The Stewart Island community is also having discussions about the possibilities of becoming pest-free, and so is Lord Howe Island in Australia. Large inhabited islands are the next step up from pest-free uninhabited islands, and could set a template for the much more ambitious idea of a predator-free New Zealand. 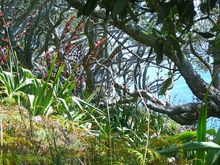