Alan Turing and The Imitation Game

Mathematician Rod Downey believes the movie The Imitation Game is a “very unfortunate muddle of material”.

The film depicts the struggles of mathematician Alan Turing to break the enigma code during World War II.

“There are all kinds of things brought in for no reason I can ascertain,” says Prof Downey from Victoria University of Wellington.

For example, the conflict that Alan Turing is supposed to have with the person who runs the Section at Bletchley Park, never occurred. “They got on very well, he was a complete supporter of Turing,” says Downey. “In fact, he was the person who realised that they needed mathematicians...and Turing was one of the first three mathematicians that he personally got.”

Another suggestion in the movie was that Turing was either a spy, or co-operated with a spy, because of his homosexuality. “These people never met. They were never in the same part of Bletchley Park, it’s a complete fiction,” says Downey. The suggestion that Turing interacted with the head of MI6 is also unsubstantiated, as is the suggestion that the Russians were being fed false information. 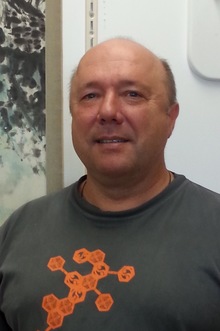 The movie also indicated that there was one sudden breakthrough and then everything was solved. “There was a constant battle between the people who were doing the encoding, the Germans, and the people who were trying to decode, the British, and these things changed everyday,” says Downey. The British would solve things for a while but then the Germans would change things. “This would go on and on forever. All the way through the war,” he says.

The policeman at the end of the movie is also completely fictitious according to Downey.

Turing was also “doing wonderful work right up until the end,” says Downey. “So that was another flaw in the movie had him being supposedly so terribly affected by the drugs that he could not do anything, that’s not true.” He died nine months after his treatment finished. “In those days he was still heading over the continent, to seek out - as he put it in one letter - luscious young men,” he says.

It’s also not clear that Turing committed suicide. “He could easily have died by simple inhalation of cyanide that he was using for experiments in chemicals,” says Downey. “They did not test the apple for cyanide, and there’s no way that that coroner's finding would be allowed today.”

According to Downey, Turing was not an “uber nerd” as depicted in the movie, but was actually quite good at interacting with people. “He was slightly unusual I guess because he was extremely smart,” says Downey.

The love story between Turing and Joan Clarke in the movie was “irrelevant”, according to Downey. “That happened for a short period of time,” says Downey. “He was gay.”

Beyond the movie, Alan Turing’s “ideas are still being felt today,” says Downey. For example, his ideas in pure mathematics led to the development of modern computers.

“A paper he wrote in 1936 is one of the key single greatest papers that you could look at because it provided a conceptual basis for computers,” he says. 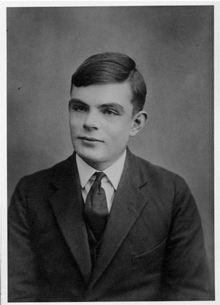 He developed the idea of the Turing machine, a machine that ran programmes instead of a machine to do one task like multiplication or division. The Turing machine, is “not really a machine, it’s a really a conceptual analysis,” says Downey. “The hidden meaning in there is, that computation can be broken down into these very small steps.” This was a revolutionary idea and led to the development of today’s computers. In recognition of this achievement, the Association for Computing Machinery, the biggest computer society in the world, awards the $1 million Alan Turing award annually. “It’s the equivalent of the Nobel Prize in computing,” says Downey.

Another “horrible confusion” in The Imitation Game, according to Downey is the difference between this abstract machine called the Turing machine and the Bombe, which was a mechanical device originally developed in Poland to break the enigma code. “These code breakers at Bletchley Park and Turing modified the Polish idea to enable this to happen,” says Downey, but it wasn’t just Turing, there were other people helping him. “Bletchley Park was 10,000 people, with hundreds of people involved in the code breaking. Turing was one of the leading lights there, but he wasn’t alone that’s absolutely clear,” says Downey.

After the war, Turing designed a programmable computer called ACE,  but this project was never realised. Turing then went back into academia and invented ill-conditioning. “Which is a technical term,” says Downey, “But it means that if you vary the input data just slightly you can make a big difference to the answer. It’s the kind of mathematics…used for [the] prediction of weather.”

Alan Turing’s most cited paper is not in logic or mathematics though, it’s in morphogenics. “Morphogenesis is how...things like leopards get their spots,” says Downey. Turing’s paper indicated that in identical cells, one cell may get perturbed, and a feedback cycle is set up. So a white cell becomes darker and darker and darker. “Technically it was a non-linear partial differential equation and he did a numerical simulation of this that showed it was a possible explanation for leopards to get their spots,” says Downey. His theory was experimentally verified 20 years later.

Turing is also famous for the Turing test which relates to a machine imitating a person. It is where the movie The Imitation Game got its name. “If [the machine] responds precisely as a person would, through its own internal mechanisms, are they the same?” asks Downey. Specifically, the test is where a computer or a person behind a door is asked questions and responds. “If you could not tell the difference [through the answers], then that would surely be a test for intelligence,” says Downey. While the unlimited Turing test is still open there are limited situations where machines fool people now.

Downey says that Alan Turing was "one of the real giants intellectually of the 20th century".

Similarly, one of the code breakers at Bletchley Park said, “there were many other great men…in Bletchley Park but Turing’s name will live down through the centuries because he made the greatest difference to mankind,” says Downey.