Let There Be Light - The Dodd-Walls Centre

“We do tend to think of New Zealand as the coldest place in the universe” – theoretical physicist David Hutchinson, University of Otago and Dodd-Walls Centre for Photonics and Quantum Technologies 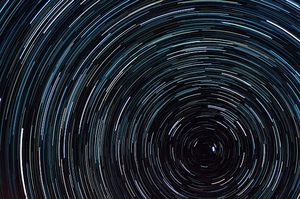 Shedding light – both literally and figuratively – on quantum theory, as well as Internationally recognised work into cold quantum gases, are amongst the research being carried out by physicists, chemists and computer scientists in a new Centre of Research Excellence (CoRE) hosted by the University of Otago.

The Centre’s research, says David Hutchinson, director of the Dodd-Walls Centre for Photonics and Quantum Technologies, is about “how we might manipulate atomic matter at the very fundamental level, at the building blocks of nature, using light. Or how we might manipulate light itself, or the quantum states of light. And then the applications of that, hence the technology aspect of the Centre’s name.”

For the past 8 years the Jack Dodd Centre at the University of Otago and the Dan Walls Centre at the University of Auckland have collaborated under a memorandum of understanding. Now, the two centres have joined with researchers at Massey, Canterbury and Victoria universities in a new Centre of Research Excellence – the Dodd-Walls Centre for Photonics and Quantum Technologies. The new CoRE was formally launched earlier this week.

The Centre’s researched is focused on ‘photonics, the manipulation of light at the most fundamental, quantum level, and the control and manipulation of matter at the atomic scale, through the use of light.’

Theoretical physicist Blair Blakie is excited by his research and by the collaborations he has with experimental physicists.

"Cold quantum gases are a really miraculous system. It’s hard to talk about them because the numbers are so extreme," says Blair. "They are extremely dilute gases, maybe a hundred thousand times more dilute than air in the room, so vanishingly low density gases. And they’re at temperatures that are more than a million times colder than the coldest temperatures naturally occurring in the universe. And in these extreme conditions some of the weirdest laws of nature that we know – governed by quantum mechanics - are exposed in a way where we can directly expose and probe them. It’s really very mind-blowing."

The Centre is named after University of Otago physicist Jack Dodd and University of Auckland physicist Dan Walls. David says both men did “seminal work in atomic physics and quantum optics” and that their work has ensured that New Zealand is now “hugely over-represented internationally in this field of physics. There’s a depth and strength which belies our small number of physicists.”

Michael Albert is a theoretical mathematician as well as head of the Department of Computer Science at the University of Otago. He is involved in a research project looking at quantum computing.

"The field of quantum computing is very exciting at the moment," says Michael. "But when these devices scale to a usable size it's going to be impossible to say if they’re giving the right answers, because they’re precisely designed to solve problems that we can’t compute the answers to by other means. So the research project I’m involved is to see if we have some back-door way of testing and verifying these systems. ”

As well as working to create new technologies based on their research, such as gas detectors already being sold by Photonic Innovations, the Centre has planned an ambitious outreach programme. They are partnering with Otago Museum, as part of the Museum’s new Centre for Science Engagement initiative. Museum Director Ian Griffin says the development will include a planetarium, an expanded Discovery World and a team of science communicators who will be working with researchers from the Dodd-Walls Centre to develop exhibitions answering "some of the big questions we all have, such as 'where did we come from' and 'how big is the universe'" says Ian.

2015 has been declared by UNESCO to be the International Year of Light, so it’s an appropriate time to be spotlighting the work of the Dodd-Walls Centre. Stay tuned to Our Changing World to hear interviews with some of the centre’s experimental physicists over the next few weeks, or follow the links below to hear from researchers at the Dodd-Walls Centre for Photonics and Quantum Technologies who have had their work previously featured on Our Changing World.

Jevon Longdell from the University of Otago explains how crystals doped with rare earth ions are being used to store quantum states of light.

Maarten Hoogerland at the University of Auckland uses laser measurements of ultra cold helium atoms to achieve very precise measurements of their size and colour absorption.

Using optical tweezers, University of Otago physicists led by Niels Kjaergaard are splitting tiny clouds of rubidium atoms and smashing them together.