A World with Whales 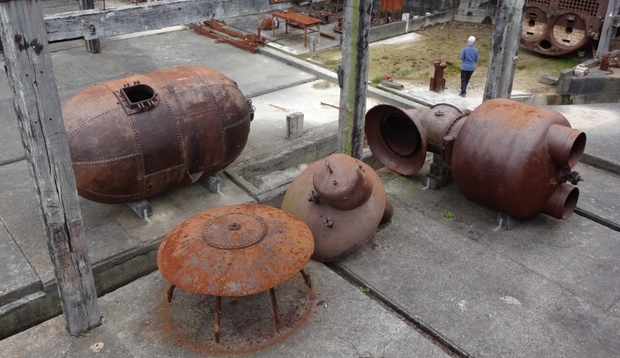 On 21 December 1964, a team of commercial whalers caught New Zealand’s last humpback whale at the historic Perano whaling station, at the entrance to Tory Channel in the Marlborough Sounds. 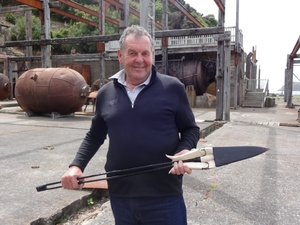 Joe Heberley, pictured here with a hand harpoon, was a commercial whaler until the industry shut down in 1964. He now helps the Department of Conservation to count whales in Cook Strait. Photo: RNZ / Veronika Meduna

Joe Heberley was among the men who worked at the station until the industry finally shut down. Five generations of Heberleys had hunted whales, mostly on Great Barrier Island. Joe and his father Charlie were the last.

Half a century later, Joe still remembers the excitement when one of the chasers, whose job it was to spot whales from a look-out hut, raised a flag to let the rest of the team know that a whale was coming into he sounds. “The guys would know to get steam up on the boiler,” he says. They also knew that theirs was a dangerous job.

'Dad had several accidents. The whales knew you were there, especially when they were wounded. Dad got kicked off the boat and they had a hell of a job trying to get him back in because the whale was just thrashing.' _Joe Heberley

Once the whale – mostly humpback whales during the last years of the industry – had been hauled up a processing ramp, it had to be cut up into small pieces. The bay was red with blood. Birds, sharks and eels came in to get their share. The men pulled the whale cuts across into the boilers with hand-held hooks and "then you’d turn the steam on and cook it all up like in a big pressure cooker until the oil floated on top”.

Whaling didn’t stop during the war years and none of the whalers went to war because the industry was too important for the economy.

Tools of the whaling industry: Massive boilers (left) were used to reduce whale blubber to oil. The central image shows a hand-held harpoon, the tip of a 'bomb', a sperm whale tooth and humpback baleen. On the right, large bags were used to package dog food made from whale meat. Photo: RNZ / Veronika Meduna

Half a century later, Joe Heberley and some of his whaling mates help the Department of Conservation during its annual whale count in Cook Strait – and it’s just as competitive as in the old days.

'Your blood boils [when we spot a whale] because it’s another one we’ve found. Everybody has got their own chair and, those are the rules, when you spot a whale and lay claim to it you put a notch in your chair.' 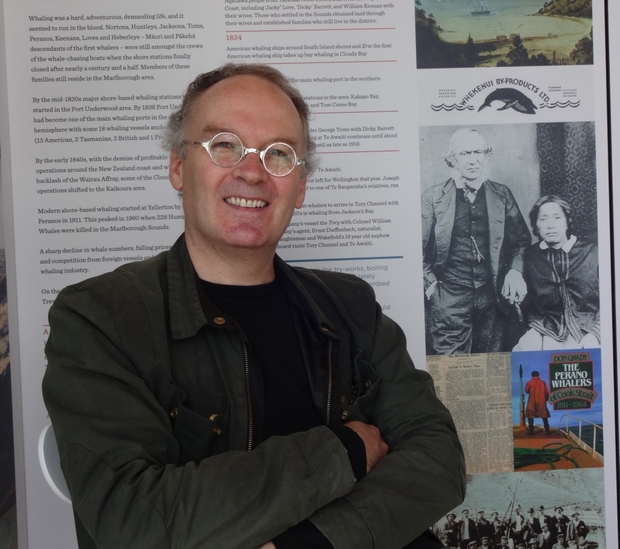 Nick Gerritsen, an investor and business catalyst, is one of the driving forces behind the National Whale Centre. Photo: RNZ / Veronika Meduna

To mark the 50th anniversary of the end of commercial whaling in New Zealand and to celebrate the natural and cultural history of whales, the National Whale Centre has opened in Picton last month. Nick Gerritsen, a local business investor with a focus on sustainability projects, is one of the driving forces behind the centre and describes it as one of the most rewarding things he’s done. “There’s something about creating a space and having all this generosity and forgotten stories flow into it.”

The focus is on whales, with whaling a “recent, in relative terms, blip in the history that had a massive impact”.

Nick says Marlborough is in a unique position, with locals who started out as young men whaling but are now part of a team of whale spotters working for conservation.

One could even argue that New Zealand’s fashion industry had its beginnings with whaling. In one of the books that was donated to the centre (the only English translation of a French surgeon’s journal, written while he was on a whaler in New Zealand’s waters from 1837 to 1846, and edited by his friend Alexandre Dumas) describes that the initial engagement between whalers and local iwi was all about exchange.

'After a short time Maori women began to insist that the whalers brought them the latest fashions from Europe. There’s a delightful chapter in there about the French whaler bringing the latest Parisian fabrics down and the whalers, after their day of killing whales, becoming dress makers and making dresses as gifts for the Maori women in the village.' _Nick Gerritsen

Among the centre’s exhibits and artefacts is a quote by naturalist Ernst Dieffenbach, who wrote in 1843 that “the shore whalers … have felled the tree to obtain the fruit”, recognising the importance of sustainability. For Nick Gerritsen this has provided an important point of reflection. “How come our society forgets things?” he asks. “You don’t have to be a rocket scientist to realise that if you kill all whales your industry will be unsustainable. If we substitute whales for oil fields or coal mines now, we have the same argument that we are in a closed system.”