Divers mingled with weekend strollers on the Wellington waterfront as the pile of rubbish began to mount up. Photo: RNZ / Alison Ballance

The 5th annual underwater 'Spring Clean Up'' on Wellington's waterfront took place on Saturday 20 November, and amongst the haul of rubbish were crowd control barriers, shopping trolleys, skateboards, as well as numerous bottles and cans. The theme of the day was Educate to Eliminate, and it attracted lots of curious passerbys who learnt about marine debris and the threats it poses to humans and to wildlife. 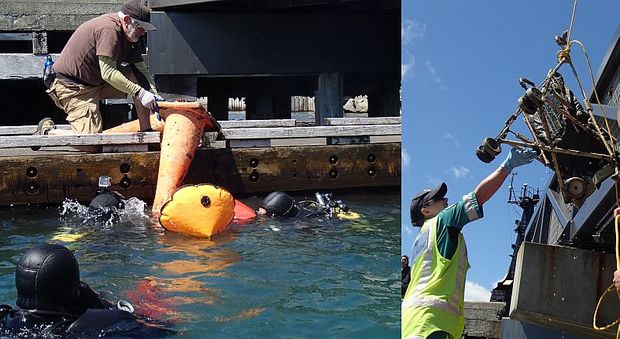 Divers hauled up a number of large objects, including more than a dozen road cones and a child's buggy. Photo: RNZ / Alison Ballance

The clean up brought together divers from Underwater Wellington, Island Bay Divers and the scientific diving team from the Coastal Ecology Lab at Victoria University of Wellington, as well as other volunteers who snorkelled, kayaked or cleaned the shoreline.

People cleaning the shoreline at the waterfront found everything from bottles and plastic bags, to large amounts of polystyrene and bits of plastic, while numerous skateboards and a fire extinguisher were among the rubbish found on the sea floor. Photo: RNZ / Alison Ballance

The clean up was initiated five years ago by dive instructor and photographer Steve Journee, who was alarmed at the amount of rubbish being thrown or blown into the central city area, which is a popular recreation area. It is now run by Wellington City Council, with support from Sustainable Coastlines and the Department of Conservation.

The Island Marine Education Centre were on hand to help with de-crittering the rubbish. Marine animals such as crabs and octopuses quickly take up residence in and on the rubbish, and before the rubbish was sent to the tip volunteers removed as many animals as possible and returned them to the water. A few special animals, including half a dozen pygmy octopuses were taken back to the marine education centre where they will be on display for a few weeks, before being released into the Taputeranga Marine Reserve. Pygmy octopuses are found only in New Zealand, and Wellington is a hotspot for them. 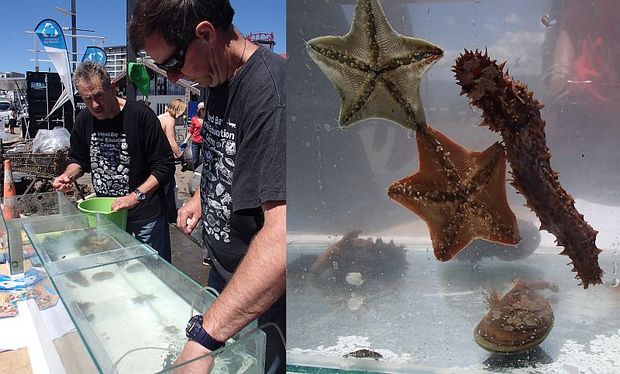 Victor Anderlini and Julian Hodge from the Island Bay Marine Education Centre were on hand to help 'de-critter' the rubbish, rescuing the creatures found on the rubbish and returning them to the harbour Photo: RNZ / Alison Ballance 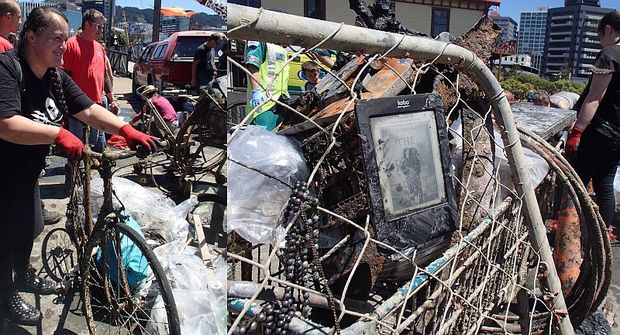 A bicycle and an e-reader were amongst the rubbish collected. Despite the large amounts of rubbish removed the divers said they had barely scratched the surface of what was in and around the wharfs. Photo: RNZ / Alison Ballance