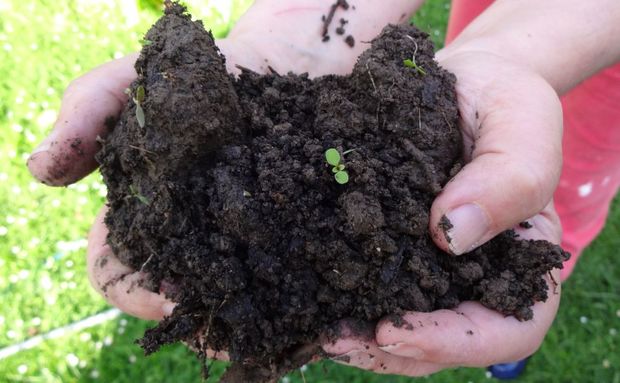 To many of us, soil is just a bit of dirt. We overlook it, take it for granted – yet we need soil as much as we need the air we breathe. Without soil there is no life.

Next year is the International Year of Soils, and the aim of the UN-sponsored campaign is to raise awareness of the crucial role soil plays in food security and by providing essential ecosystem services such as nutrient storage and water filtration.

Why do we need a global view on soils? Here’s what Australian soil scientist Neil McKenzie says:

Thousands of years ago if we degraded our landscape, we starved. The reality now is that with more than half of us living in cities, our environmental impact is scattered all around the planet, and understanding how that impact plays out is important for all countries – because the scattered evidence at the moment is that we are reaching critical limits.

Soil scientists worldwide are working to make all of us appreciate soil more and to realise that fertile soil is a finite resource. Back in the 1960s, 0.4 hectares of arable land was available per person, but today this has dropped to half of that area and by 2050, it is expected to be just 0.1 hectares per person.

Neil McKenzie is a member of the Intergovernmental Technical Panel on Soils, which was established last year in response to a call for a globally coordinated effort to collate information about soils. The basic challenge, he says, is that we need to increase food production by about 50 to 70 per cent by 2050 to feed a growing population. “But we have to do that with very limited extra land, so any land that we lose will create a strong price signal, and any increase in price volatility sends millions of people into poverty.”

He says in New Zealand and Australia, we are and will remain food secure, but as exporting nations with a focus on primary production “our impact on the global food system is significant and that’s why we have to think hard about maintaining food production and sustainable soils”.

With more than half the world's population living in cities, people are becoming more detached from food production. Photo: RNZ / Veronika Meduna

Last week, soil scientists gathered in Wellington to launch a Pacific branch of the Global Soil Partnership, an initiative by the UN’s Food and Agriculture Organisation. Massey University soil scientist Marta Camps says soils are under pressure for many reasons, including unsustainable land management, erosion and urban expansion. While urbanisation is a major issue in more densely populated parts of the world, the Pacific region also loses significant areas of fertile land as cities grow and rural areas expand.

One of the projects already underway is the Global Soil Map, which uses digital technology to map soils and to help predict soil properties at fine resolution. “We have an enormous legacy of soil information,” says Mike Grundy from CSIRO. “It was mostly collected pre-computers and models, so we have a messy collage of historic information which is not easily usable for the things we need to do. The exciting thing about this project is that we can now specify what information we need and then get the best estimate everywhere in world.”

With the help of satellite data, the project will create a global and dynamic map which will show changes in soil properties over time and to run future scenarios to help make “smarter decisions about how we produce our food”.

Soil properties are driven by a range of environmental factors, including the amount of biomass, the terrain and the way that water moves across the surface, the geology and the way rivers have moved sediment around – and also what people have done on top of it. _ Mike Grundy

Landcare Research scientist Pierre Roudier says the project tracks 10 key soil attributes, for example pH levels and carbon content, which provide baseline data from which other information can be drawn. “This can then be applied to planning how cities like Auckland, for example, should develop.”

The Intergovernmental Technical Panel on Soils will release its first assessment of global soils on World Soil Day (December 5) in 2015.