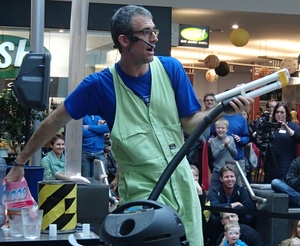 Vacuum cleaner bazookas that fire marshmallows (left, with Dr Graham Walker), an Angry Bird soft toy being fired from a cannon, workshops on how to Fight like a Physicist and tidying up a virtual house mean only one thing – it’s time for Dunedin’s International Science Festival.

This year sees the 9th science festival , an event that is scheduled during winter school holidays and features plenty of activities aimed at young science fans. Science festival director Chris Green says there are 130 events scheduled.

‘What I’m really pleased about is that of the 130 events, 105 are free,’ says Chris Green. ‘We have fantastic support from the University of Otago, Otago Polytechnic and Otago Museum, and as well we’ve calculated that more than 40 other local businesses have contributed to the festival.’

The festival’s most popular event is a 2-day Science Expo, attracting thousands of people keen to experience activities put on by different university departments.

While the Festival features plenty of explosions and ‘science magic’ Dr Graham Walker from the Australian National University told Alison Ballance that his PhD research had indicated that events such as his Big Science Show-off could deal with serious topics such as climate change and HIV, and result in changes in behaviour. 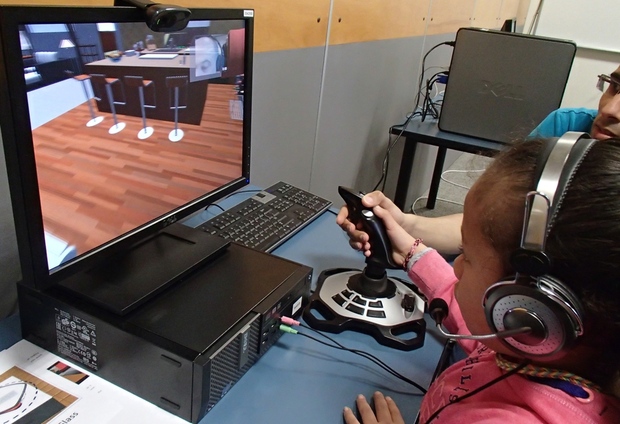 A young girl plays the virtual house cleaning game that was part of the Science Expo at the International Science Festival (images: A. Ballance)