The skies above the South Island are providing the backdrop for one of the biggest science experiments ever carried out in New Zealand.

Almost every night during the last month, a sleek plane jam-packed with remote-sensing equipment and a handful of scientists has been taking off from Christchurch to fly across New Zealand in pursuit of gravity waves. 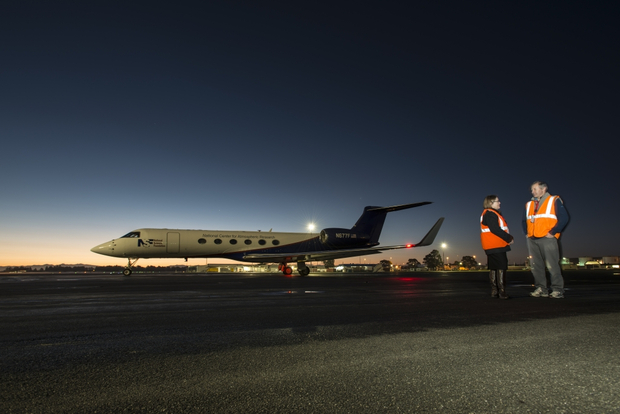 NIWA scientist Richard Turner and Vanda Grubišić, the director of the US National Center for Atmospheric Research Earth Observing Laboratory, which operates the Gulfstream V jet for the Deepwave project. (all images: Dave Allen/NIWA)

The aircraft is part of the international Deepwave project, which brings together scientists from five countries who have all descended on New Zealand because it is one of the best places in the world to study these giant ripples in the atmosphere and their effect on weather systems.

'Gravity waves is something people actually see all the time,' says NIWA meteorologist Mike Revell. 'If you throw a rock in a pond you see ripples propagating across the surface. That’s horizontally propagating gravity waves. In the atmosphere, they not only propagate horizontally but also vertically, and given the right conditions, they can travel from the surface right up to 90 or 100km up.'

Lenticular clouds that form above mountains are another visible manifestation of gravity waves – and that’s also a reason why the multi-national team has come to New Zealand for this experiment. The Southern Alps trigger gravity waves, and together with the southern circumpolar jet stream which extends north over New Zealand during winter, they create one of the world’s gravity wave hotspots. The focus of the Deepwave project is to track the movement of these waves through to the highest levels of the atmosphere to see how they affect weather systems.

Mike Revell says the ultimate goal is to improve weather forecasting models. “What we’ve discovered as our models get better is that there are still deficiencies in them, and getting gravity waves right is becoming a key part of perfecting our models.”

NIWA is supporting the Deepwave project from the ground with remote-sensing equipment at its research station in Central Otago and by deploying two scientists to the West Coast to launch balloons. 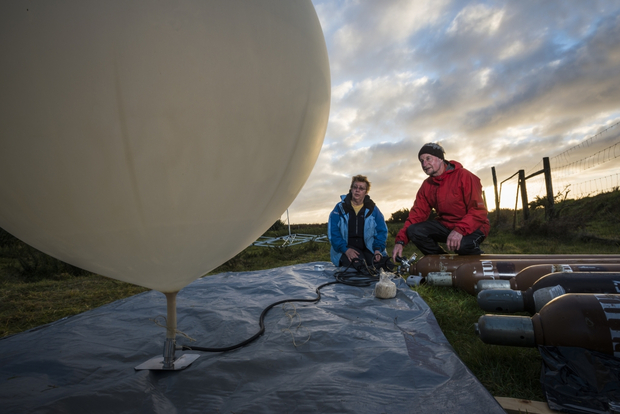 NIWA scientists Tony Bromley and Sally Gray (above) are also working through the night, releasing weather balloons that track temperature and humidity as they rise up into the sky. These radio probes complement measurements collected by instruments that are dropped from one of the planes, the Earth Observing Laboratory’s Gulfstream V jet, at regular intervals during its over-night mission.

This flying laboratory also carries an especially designed Lidar system that shoots laser light up into the atmosphere through a hole in the plane and then captures the light that is reflected back by gravity waves. 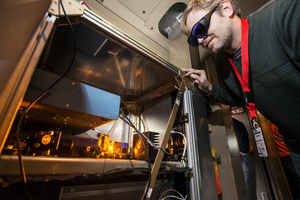 The Lidar system onboard the Deepwave plane (pictured on the right) was built specifically for this project and monitors gravity waves in the highest levels of the atmosphere above the aircraft.

Mike Taylor, a physicist at Utah University, has installed another remote-sensing instrument onboard that takes snapshots of the night sky in infrared light.

'At night, the sky glows in the infrared and we can see these waves propagating through the upper atmosphere. This allows us to build up a picture of activity as the plane flies across several thousands of kilometres during the course of a night.'

These advances in technology, combined with increased computer power, finally allow scientists to get a better handle on gravity ways, says Ron Smith, an atmospheric scientist at Yale University who has been chasing them for more than three decades in many places around the world.

The Deepwave project will continue flying missions out of Christchurch until the end of July.