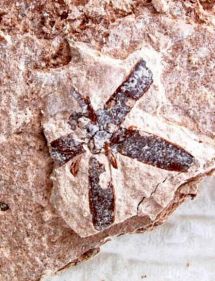 Foulden Maar crater, inland from Dunedin, was formed by a volcanic explosion about 23 million years ago, and probably filled up with water very quickly. The lake had no outlets and experienced very little disturbance - hence the layers of sediment are still intact and contain some of the best preserved fossils in New Zealand.

Among the fossils are complete fish and insects and leaves of several plants, including a fern which now only exists on the Three Kings islands and in some Northland forests, several leaves that haven't been found anywhere else in New Zealand, and two examples of orchids, which are the only organically preserved specimens worldwide. 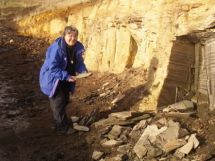 University of Otago palaeontologist Daphne Lee and her colleagues, geologist Jon Lindqvist and plant taxonomist Jennifer Bannister (pictured on the left), say the forests around the lake were similar to those found in Thailand today, suggesting that Otago experienced a much warmer climate back then, during a period known to geologists as the Oligocene.

All images courtesy and copyright of the University of Otago team.