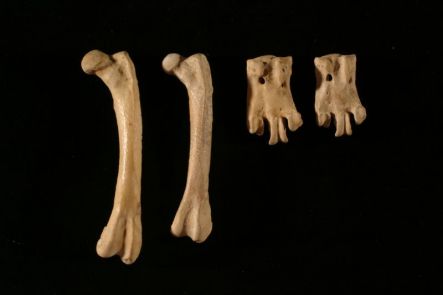 The newly identified Waitaha penguin joins hoiho in the genus Megadyptes. These pairs of bones show one of each species - the smaller bones belong to the Waitaha pengion, the larger one are hoiho. 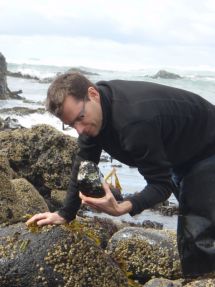 Yellow-eyed penguins, or hoiho, are unique to New Zealand, and thought to be the world's rarest penguin. They live along the south-east coast of the South Island, on islands off Stewart Island and on the subantarctic Campbell and Auckland islands. When a team of University of Otago biologists set out to investigate population changes of hoiho, they were surprised to find that the penguins are relative newcomers to the mainland. Analysing ancient DNA from bones previously thought to be hoiho bones, the team found the genetic code was different and that the bones belonged to a new species, identified as the Waitaha penguin. PhD student Sanne Boessenkool found that the now highly endangered yellow-eyed penguin colonised the South Island as recently as 500 years ago, filling the niche left after the demise of the Waitaha penguin. Evolutionary geneticist Jon Waters (right) and conservation biologist Phil Seddon explain the findings.