Our Changing World for Thursday 8 December 2011

From left to right: Emilio Calius and Andrew Hall with the impedance tube, and a sample of the metamaterial (images: IRL)

Metamaterials are artificial materials with properties not normally found in nature. Invisibility cloaks are a well-known example of metamaterials.

At IRL in Auckland, Emilio Calius and Andrew Hall are developing acoustic insulators. The metamaterials they are creating use small metal balls, encased in rubber, held together in a flat sheet. The balls act like little springs, bouncing back noise of particular frequencies like a “sound shield”.

These materials have particular relevance to the building industry, as they are thinner than alternatives currently used to acoustically insulate walls. Ruth Beran listens as a metamaterial sample is tested in an impedance tube. 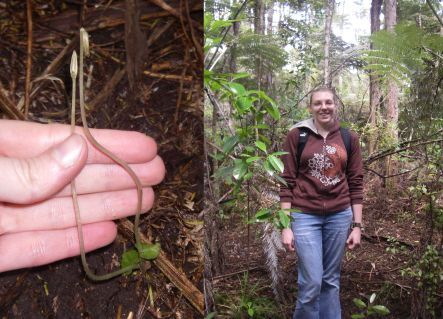 Orchids are famous in the plant world for being great deceivers – orchids require insects for their pollination but they don’t produce nectar, so instead they resort to deception. Some orchids, for example, mimic female insects so well that male insects attempt to mate with them. New Zealand has more than 120 native orchid species, and Australian biologist Anne Gaskett, who is now at the School of Biological Sciences at the University of Auckland is just beginning to unravel some of the insect-orchid relationships that exist here.

Alison Ballance joins Anne and Masters student Michelle Kelly at her study site in a small patch of bush in west Auckland to find out about Michelle’s research into the spurred helmet orchid (Corybas cheesemanii), a member of a group of small terrestrial orchids known as spider orchids. 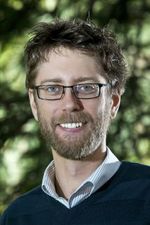 Humans are inherently social creatures, but our ancient primate ancestors some 50 to 70 million years ago preferred to live alone and come out only at night. Evolutionary biologists long thought that the transition from solitary to group living took place in incremental steps, from pair bonds to harems and small, loose bands, which eventually grew into larger, strongly-bonded groups. However, University of Auckland evolutionary psychologist Quentin Atkinson (right) and his colleagues at Oxford University, lead author Susanne Shultz and Christopher Opie, found that the first transition in the primate family tree was directly from solitary to social living, and that any pair or harem social structures occurred later. In a paper published in the journal Nature, the researchers show that the evolution of social behaviour coincided with a change from nocturnal to daytime activity, and they argue that it was the protection from predators afforded by group living that allowed our ancient ancestors to come down from the trees and explore their world during the day. The study looked at the behaviour of present-day primates and, based on their evolutionary relationships to one another, worked out the change in social behaviour that must have occurred at various points in time. The team found that once the transition from individual to group living took place 52 million years ago (in the ancestral line that gave rise to humans and later in another branch of the primate family tree) there was no shift back to solitary behaviour. 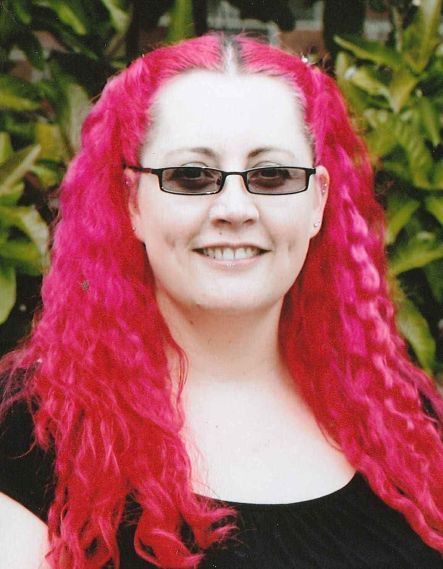 Microbiologist Siouxsie Wiles has combined her two passions – bioluminescence and microbes – to develop a rapid screening tool for assessing antibiotics and vaccines that might work against superbugs such as MRSA and TB.

Check out the Bioluminescent Superbugs Group web page to see a picture of caterpillars with glowing bacteria in their guts, and check out Siouxsie’s short animation From Fireflies to Superbugs to see a mouse with glowing gut bacteria.

Her work using ‘glow in the dark’ bioluminescent bacteria in caterpillars, as well as the more usual lab mice, saw her win the national Ethics Advisory Committee Three Rs Award earlier this year. The 3 Rs are replacing live animal subjects, reducing the number of animals used and refining experiments to minimise harm or suffering.

Alison Ballance meets Siousxie Wiles at the School of Medical Sciences for a tour of the Bioluminescent Superbugs Group, including the newly completed TB lab.

Siouxsie Wiles blogs about science in Infectious Thoughts on Sciblogs, and contributes to the Completely Unnecessary Skeptical Podcast.