Our Changing World for Thursday 20 August 2009

The converted rainwater tank, where the electrolyser uses wind energy from the turbine to convert water into hydrogen and oxygen (images IRL)

Twenty kilometres north-east of Woodville, in the Wairarapa, is a small farming community in the Totara Valley, where some novel energy producing technologies are being trialed.

Massey University and Industrial Research Limited (IRL) have installed various small-scale power generation systems on the farms, including micro-hydroelectric, solar cells, and a wind turbine. In what they believe is a world first, the hydrogen produced by this wind turbine is then used to both store and carry energy.

Known as distributed generation, the electricity from these renewable resources can then be connected to a grid.

Ruth Beran visited the Totara Valley and met with Geoff Smith, who drove her to the wind turbine on a hill on his property, and Eion McPherson from IRL, who explained how the system worked.

In the middle of winter an international team of geologists and drillers headed into the Southern Alps to collect ice cores from three locations around Mount Cook. While ice cores are commonly collected in polar environments such as Antarctica, it is a much more challenging proposition to collect them in warmer temperate climates. The team included science leader Uwe Morgenstern and Julian Thomson from GNS Science, Yulan Zhang and Xinsheng Gao from China, and Paul Mayefski and Daniel Dixon from the University of Maine USA. A team of glaciologists from Victoria University of Wellington helped select the best drilling sites. Julian Thomson kept a blog during the expedition, at the end of which the ice cores were taken for storage in the National Ice Core facility in the Hutt Valley.

If it's a marine creature from around New Zealand, and it doesn't have a backbone, there's a good chance you'll find an example of it in a jar in the Marine Invertebrate Collection at NIWA, the National Institute of Water and Atmospheric Research, in Wellington. But as marine taxonomists Kareen Schnabel and Anne-Nina Loetz explain to Alison Ballance, being in a jar is no guarantee of having a name yet, although they're both making good headway in naming and describing the crustacea that are their speciality. Although the exact number is unknown the collection contains more than a million specimens. 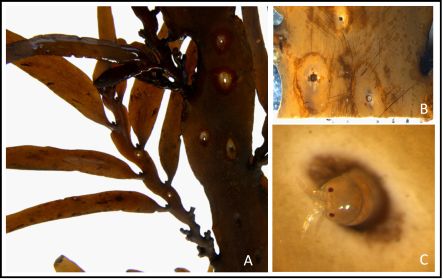 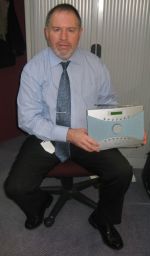 Radio New Zealand National can be played on AM or FM, streamed on the internet, and is also part of a digital radio trial in Wellington. Radio New Zealand International is also available on shortwave radio. Ruth Beran asked Matthew Finn (right) from Radio New Zealand how the different radio frequencies work, whether they sound different, and how she can tune into radio stations from other countries.