Our Changing World for Friday 26 December 2008 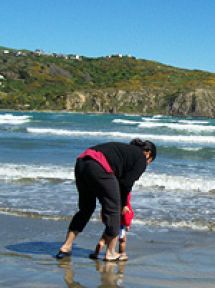 Visit the fossil forest and other geological features at Titahi Bay, north of Wellington. The small cove is tucked in at the foot of a peninsula of Porirua Harbour. The area was settled by Māori for many years before the arrival of Europeans, and several pa sites are located nearby. The area was also the site of many inter-iwi conflicts, notably in the 1820s, when the area was invaded by the followers of Te Rauparaha. The first European residents were whalers operating from Korohiwa, between Titahi Bay and Komanga Point.

The New Zealand Centre for Conservation Medicine (NZCCM) was opened at Auckland Zoo in August 2007. Conservation medicine is about the connections between human health, and the health of animals and the environment. As well as looking after Auckland Zoo's animals, the NZCCM is involved in research, diagnostic work, specialised teaching, and works with organisations such as the Department of Conservation on rare wildlife. Wildlife vet Richard Jakob-Hoff showed Alison Ballance around the state-of-the-art facility, which can also be viewed by visitors through large glass windows in the centre's interpretation area.

University of Waikato biologist Craig Cary phones in from aboard the RV Atlantis during the last leg of the Extreme 2000 deep-sea expedition. The exploration voyage set sail in November from Mexico to study submarine geysers or hydrothermal vents in the eastern Pacific. These vents spew super-heated water and an often toxic brew of minerals and metals. Despite the harsh conditions, some organisms thrive in this habitat, and the research team is particularly interested in microbes, marine viruses and simple organisms called protists. 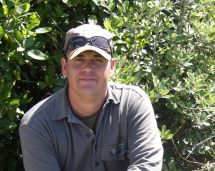 James Lang is one of two rangers working fulltime on Tiritiri Matangi Island; Alison Ballance spoke with the other ranger, David Jenkins in an earlier episode. James Lang takes Alison on a nocturnal walk to meet the island's night life, which includes little spotted kiwi, blue penguins and tuatara, all of which proved much more elusive than the friendly day shift!