Our Changing World for Thursday 9 October 2008

There it is, your garden staring at you in that weed me, plant me, trim me, prune me and mow me sort of way. But what to pull out and what to plant? Sometimes it's difficult differentiating between natives and non-natives - and also spotting those nasty invasive species. The Department of Conservation's John Sawyer visits Amelia Nurse's garden to tell her what should stay, what should go and what to plant instead. 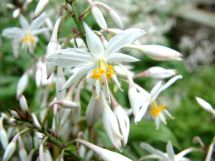 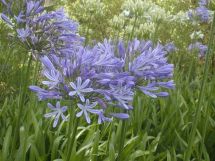 Right: Arthropodium cirratum or rengarenga, a native lily, provides good ground cover in a garden and is beneficial to native biodiversity. It is an attractive alternative to Agapanthus. Images courtesy of the Department of Conservation. 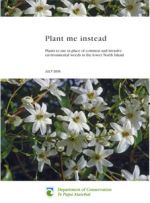 John Sawyer is one of the compilers of Plant Me Instead, a book that gives home gardeners, landscapers and garden centre staff suggestions of native and exotic plant species that can be used in the lower half of North Island as alternatives to pest plants or environmental weeds.

Information about Plant Me Instead publications in your region:

Weedbusters has produced booklets for Waikato, Canterbury/Otago, Southland and Nelson/Marlborough/West Coast. Booklets for the Bay of Plenty and Hawkes Bay/East Coast areas are being developed. For more information or a free copy email info@weedbuster.org.nz. 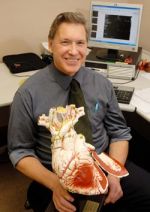 A healthy heart will beat 35 million times a year, but it is much more than an efficient pump. The heart also produces a number of hormones that protect it during times of cardiac stress. Research into heart hormones, led by heart specialist Mark Richards (pictured right) at the University of Otago Christchurch School of Medicine, has resulted in blood tests that are now used internationally to diagnose heart failure and to assess treatment options for patients. This and more recent work on the genetics of heart function has earned Mark Richards' team the University of Otago's highest honour, the Distinguished Research Medal.

Most crops and pasture grasses have been bred for the characteristics of the plant we see above ground, while the roots have largely been ignored. A team at Crop and Food Research is embarking on a project to develop cultivars with high-performance root systems with the aim of breeding plants that need less water, pesticides and fertiliser. Veronika Meduna meets microbiologist Simon Bulman and soil scientist Trish Fraser at Crop and Food Research in Lincoln.

Twenty five years ago, a group of people decided to put a hundred dollars each on the table to set up a certification process for organic growers. Today, BioGro is New Zealand's leading organic certifier, and has shaped the country's organic industry with exports worth more than $120m. As BioGro was celebrating its first quarter century, Veronika Meduna caught up with three of the organisation's founding or life members - academic Bob Crowder, retailer Jim Kebbell and grower Perry Spiller.

The University of Auckland is looking for pairs of twins, both identical and non-identical, to take part in a study looking at whether handedness (ie whether you're left- or right-handed) is linked to genetics and brain asymmetry.

Nearly 25 percent of identical twins are of opposite handedness, and that's a much higher level than predicted given that they carry the same genes.