Barney should be knighted 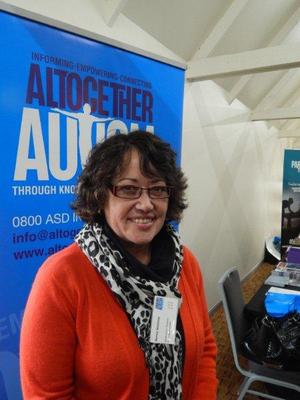 Bernie Wastney’s describes her 19-year-old son as six foot two and absolutely gorgeous. Her son was diagnosed with autism when he was one. He is treated as a taonga (treasure) by Bernie’s whanau.

“The teenage kids are a little bit envious because they just say he’s got the best life. [They say] he never has to get up and do jobs like we do – he can sleep in, he sleeps when he wants, he wakes when he wants. So they think he’s got a great life,” Bernie says.

However life with a severely autistic child can be exhausting and challenging. Bernie shared her experiences as a Māori mother and autism advocate in a keynote address at the recent Altogether Autism conference in Auckland. Her son has rarely slept more than four hours at a time and he has kicked out the windscreen of her car three times.

Bernie says when her son was diagnosed she wished someone had told her she could relax and everything would be OK. She wasn’t prepared for how public her life would become with the stream of people coming into her home taking notes on her family.

And she recommends professionals take the time to establish a relationship with Māori families. “Don’t rush straight into a meeting and race straight into it.”

Bernie says her son is happy most of the time. His favourite thing to do is watch Barney the purple dinosaur on the computer the DVD or the iPad. “I love Barney… he’s just the best. I think Barney should be knighted… It makes him happy. Those are his happy moments.”