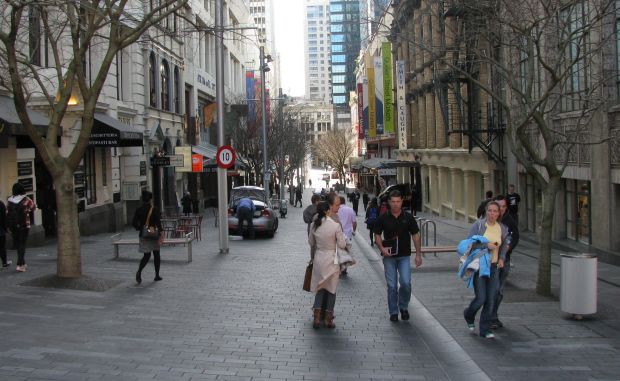 New Zealand will be showcasing urban design concepts used in Auckland and that cater for everybody at an international conference in Lisbon in July.

Carina Duke and Chris Orr from the Blind Foundation will be presenting a paper at TRANSED 2015, a conference on mobility and transport for elderly people and for people living with disabilities. They will be describing concepts included in the design of Auckland’s shared spaces.

Shared spaces are public areas for everyone. There are no footpaths, curbs or designated roads but vehicles, pedestrians, cyclists and anyone using a mobility aid is welcome. Parking is prohibited. 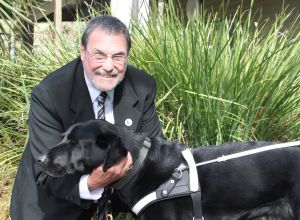 Chris Orr says the Auckland shared spaces have a clear accessible path of travel for people on foot or in wheelchairs that stretches 1.8 metres out from buildings. Nothing is allowed to be placed in the clear zone. There are plantings, street furniture, bike racks, and rubbish bins in the shared space but they sit outside the clear path of travel.

Chris says a crucial part of the design is a tactile delineator. It is a change of texture embedded into the paving that indicates to someone with a visual impairment that they are nearing the section of the shared pace where vehicles may be travelling. “The tactile delineator looks like a fabulous part of the design. It is 600mm wide so you can’t step over it. It looks nice, it feels nice and it works.”

Image: Chris Orr from the Blind Foundation says disability groups were consulted at the outset about the design of Auckland's shared spaces

Chris says the key to the success of Auckland’s shared spaces is that urban designers and transport engineers came to the disabled community before they started work on the designs. “They came and said ‘here’s the idea, can we make it work?’ So we worked it out between us. We’re very proud to take it (the design) to the conference to say way down here in a little corner at the bottom of the world, New Zealand has come up with a standard, a system that works for everyone.”

Aucklander Paul Brown uses the shared space. He is blind and uses a cane as a mobility aid. “I know the area between the buildings and the tactile (delineator) is going to be perfectly clear so I can move at speed. Compared to walking up and down Queen Street or something, it’s a joy.”

Pedestrian counts in the Elliot Street shared space have shown a fourfold increase since its creation and retailers have reported an increase in business.

The shared space was shown to delegates from the Asia Pacific region at a recent UNESCO conference on social inclusion held in Auckland.

Left: Charaf Ahmemed from UNESCO. Right: Town Planner Tshering Phuntsho wants to introduce the concept of a shared space in his city in Bhutan