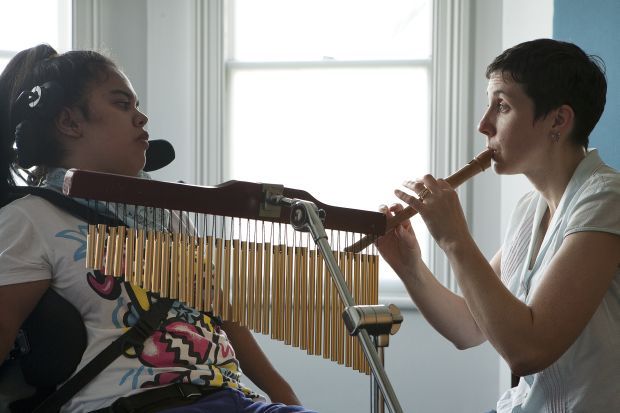 Every Monday morning, little George clutches a photo of his music therapist on his way to bang drums and jingle other instruments at New Zealand’s only music therapy centre.

He’s so keen to get there that if he could walk confidently, the three-year-old would stride up to the front door of Auckland’s Raukatauri Music Therapy centre (RMTC).

As it is, he's just learning to walk, but he takes his mum Sally’s hand, takes a few steps with her help and eagerly knocks on RMTC’s door.

George has been coming to RMTC for one-on-one sessions each week for a year and a half now and in that time Sally has seen him grow in confidence.

“The sessions are very much led by George with a grand master plan behind the scenes by Yair, his music therapist.”

Through music George has been encouraged to move, to express himself and to problem solve.

He uses sign language to indicate which instruments he would like to play. His concentration has improved as has his sense of sound.

And he has a blast.

George doesn’t only bang drums, but often spends some of the session inside a drum feeling the vibrations and playing in it with other various instruments and toys.

He also loves the piano.

The Raukatauri Music Centre’s nine music therapists provide therapy for 200 people each week. They’re mainly children and most of them live with disabilities.

Sally says music therapy seamlessly pulls together all the therapy George is receiving away from the centre; his speech therapy and physiotherapy.

She also sometimes brings along George’s four-and-a-half-year-old brother Fred and says Fred is included beautifully into the music therapy sessions.

“I was watching them in a session recently and it was just lovely. I was trying not to cry in the background. For Fred and George this place is a real sanctuary really.”

Sally hopes George will keep coming to RMTC throughout his schooling and even as a young adult.

She’d love to see him as a teenager, having found his voice, in a band, and having a jam session with his friends. 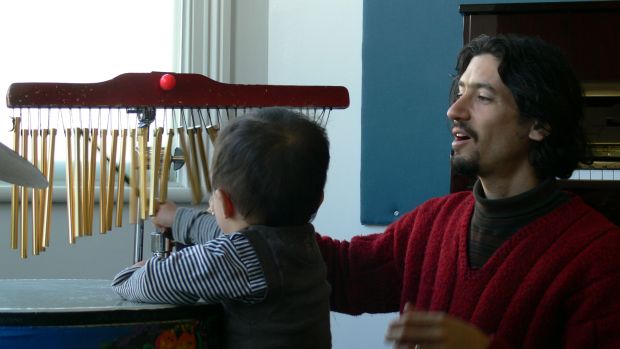