The Lord Nelson is one of two vessels operated by England's Jubilee Sailing Trust which has taken more than 14,000 people with disabilities to sea since 1978. The ship has eight permanent crew and a paying voyage crew of 38, half of whom may have a disability.

The Lord Nelson has sailed around the world and each voyage leg is a team effort, with everyone expected to play a role in getting the vessel from point A to point B.

Katy Gosset joins the voyage crew as it makes its first journey into the Southern Hemisphere and takes her turn at setting and bracing sails.

But she also meets crew members who are living with a disability and pushing their own limits on a life-changing journey. 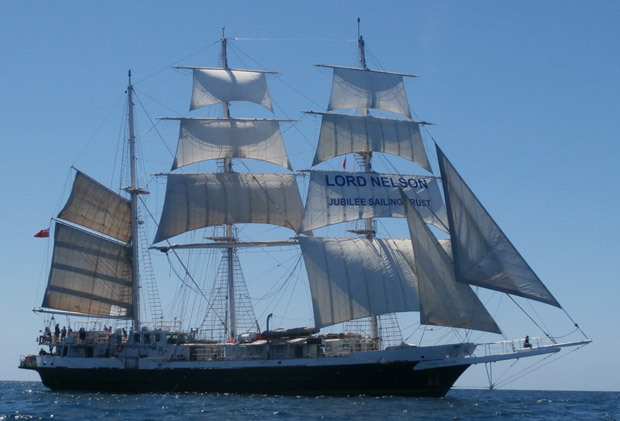