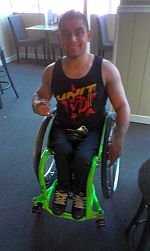 Imagine yourself at the top of a 15 metre ramp in a wheelchair. Now imagine plunging down the ramp before launching into the air to perform a double back flip. And all the while thousands of people are watching.

That's pretty much the day job of Aaron "Wheelz" Fotheringham (right), one of the world's top wheelchair stuntmen.

Wheelz, who hails from Las Vegas, was born with spina bifida but was soon using his wheelchair to keep up with his BMX-riding big brother at the skate park. Simple tricks gave way to more complex stunts, including front and back flips and Wheelz attracted the attention of the extreme sports show, Nitro Circus Live.

He's currently touring New Zealand with the circus, and spoke to Katy Gosset ahead of the Christchurch gig. 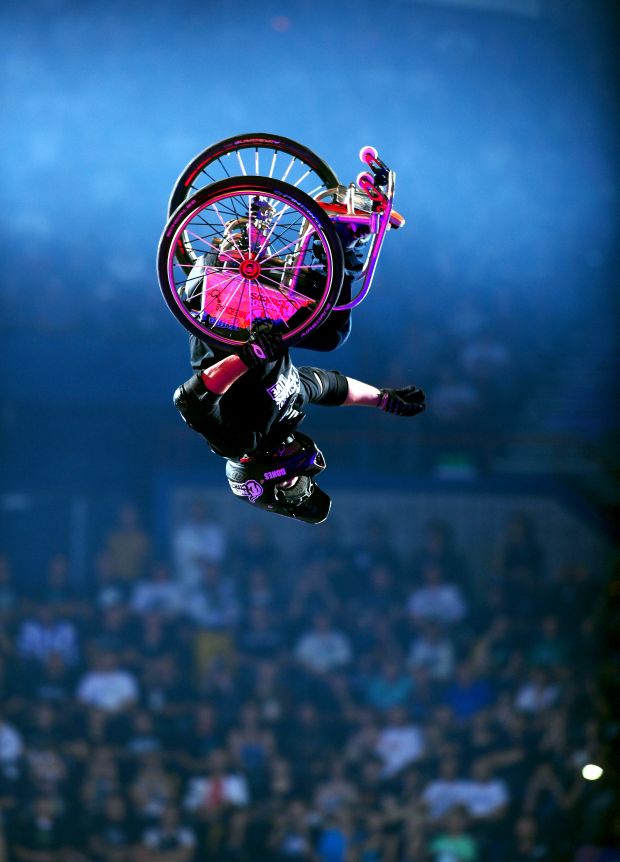