One in Five meets A Different Light – a mixed ability theatre company – who leave for England this week to show their latest production at a contemporary performing arts festival.

The show – Still Lives – was written and developed by the Christchurch actors and is based upon their own experiences of living with a disability. The company has won Creative New Zealand funding to take the show to the Ludus Festival in Leeds.

A Different Light has been working together for eight years and last year performed the Society for Disability Studies Conference in San Jose, California.

The company's director, Tony McCaffrey, says by allowing the actors the time to express themselves, they are developing new voices and writing their own material.

He says A Different Light has also been invited to make a keynote presentation/performance of its new  soap opera, The Lonely and the Lovely, at an Arts Access Australia Conference in Sydney in October.

Katy Gosset dropped in on the actors during one of their final rehearsals. 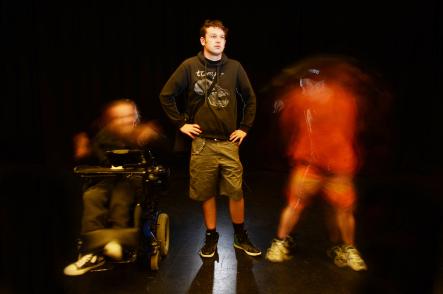 Images courtesy of A Different Light.