I've come to talk Super city and it's likely impact on the disability community. Starting with a visit to the Manurewa Aquatic centre, where I'm meeting up with Disability advisor Martine Abel. Advising Manukau City Council that is, a Council that come October, will disappear into the greater Auckland region. The Aquatic centre's one example of a facility that's been made disability friendly thanks to local Council efforts. But Martine Abel doesn't believe the move to a super city threatens the bricks and mortar - it's more likely to be overall policy that's affected.

Of course trying to estimate the numbers of disabled people in the region has been a challenge. But former Waitakere City strategic disability advisor, Sacha Dylan says researching them has proven its worth. And it's just as well it did he says, because it took an awful lot of work on his part. In the end, Sacha Dylan says he came up with a creditable figure of a quarter of a million people in the region who live with disability. Current programme advisor on Disability with Auckland City Council - Minnie Baragwanath - says the numbers may surprise. But according to Minnie Baragwanath, disability isn't always that obvious.

Additional information on the Step Up leadership programme - one of Sacha and Minnie's projects - is available here and other information on disability innovations to do with Auckland City Council is here. 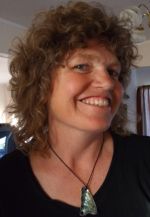 Caught between the sunlight and shadows

Georgie Tutt's been living with bi-polar disorder for more years than she cares to remember. She's a teacher, but of late she's taken a year off to work on a book of stories of others who're living with the condition. Georgie Tutt (right) says the idea for a book about surviving well came out of her own experience. So if you think that sounds like you, why not get in touch with Georgie Tutt. Deadline is: 25 June