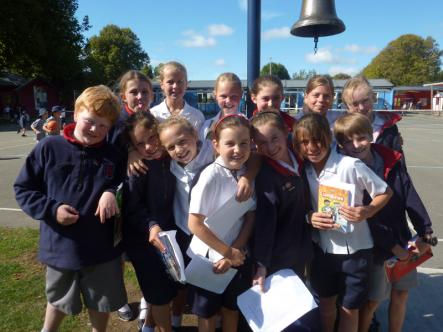 The reviewers at Fendalton Primary School.