Not one, but two great artists on NZ Live. They are two of our most prolific composers, and today they'll be singing each others songs. Don McGlashan & Shayne Carter's partnership formed when they arranged to put on a show for their friends at a Dunedin Hotel in 2015, but social media alerted the general public and the gig sold out in less than an hour. Now they are on their Tour Around Aotearoa. 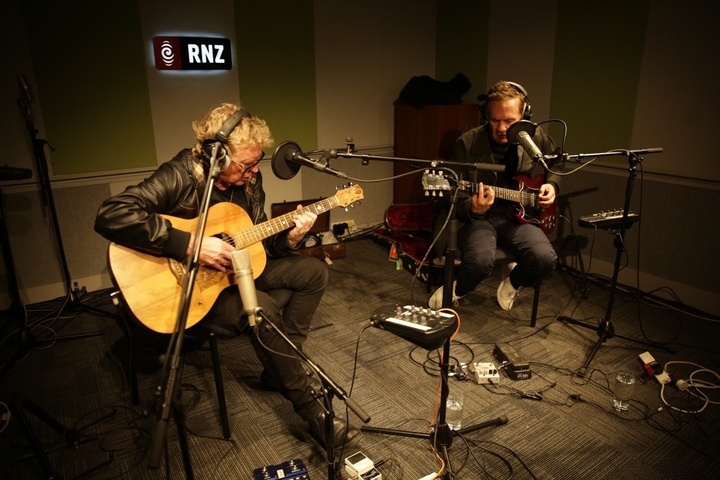