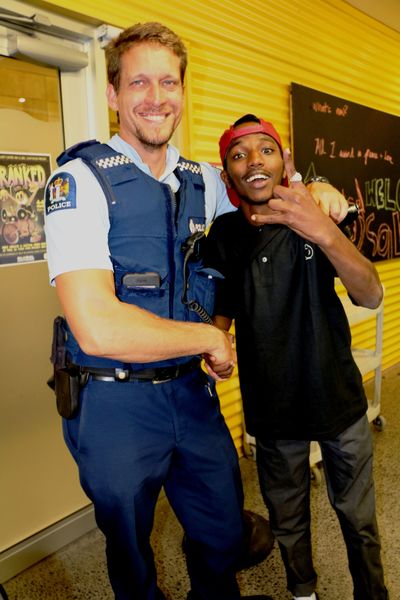 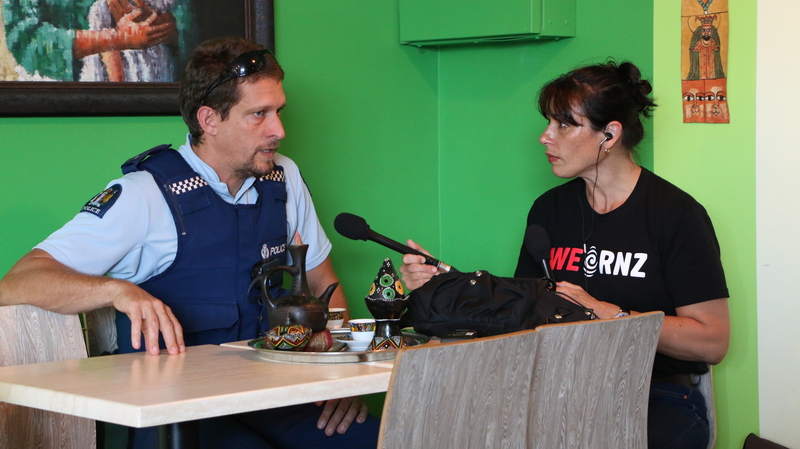 At Cafe Abyssinia in Mt Roskill. 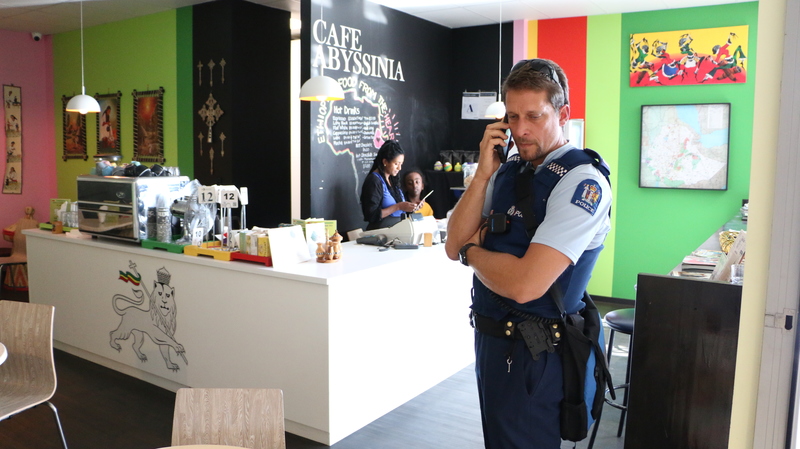 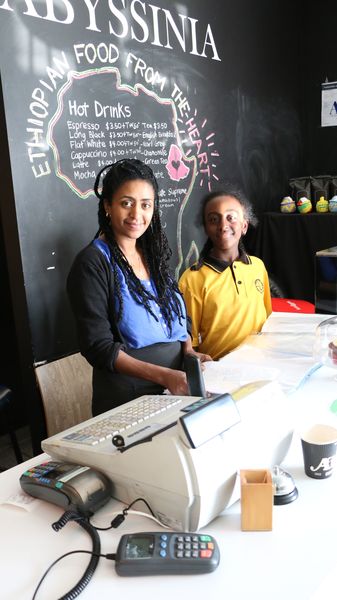 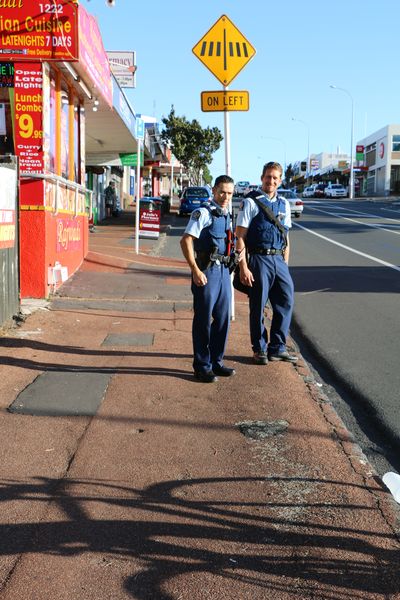 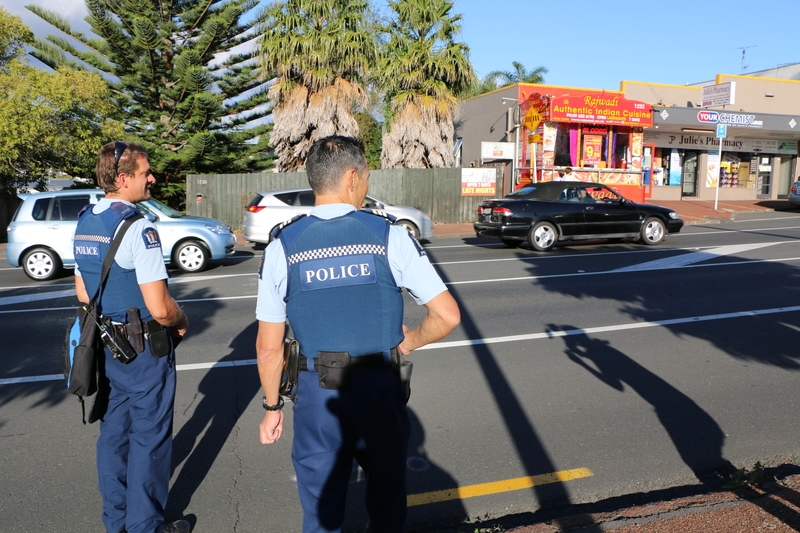 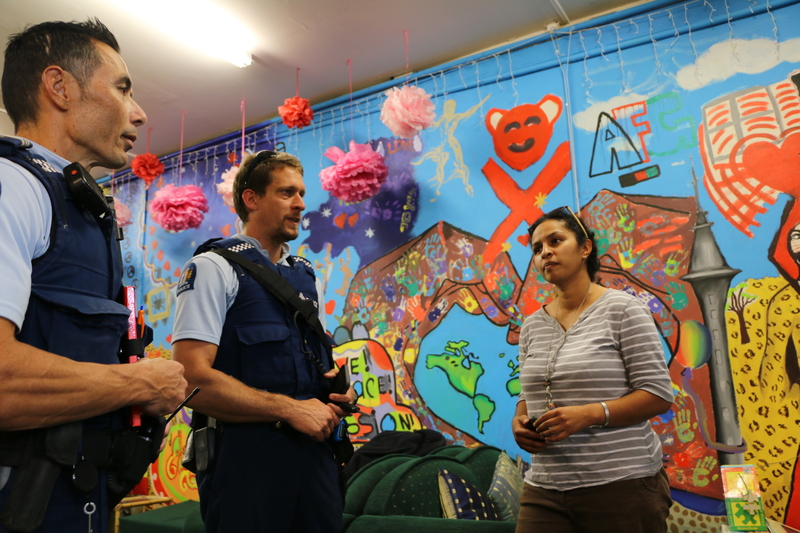 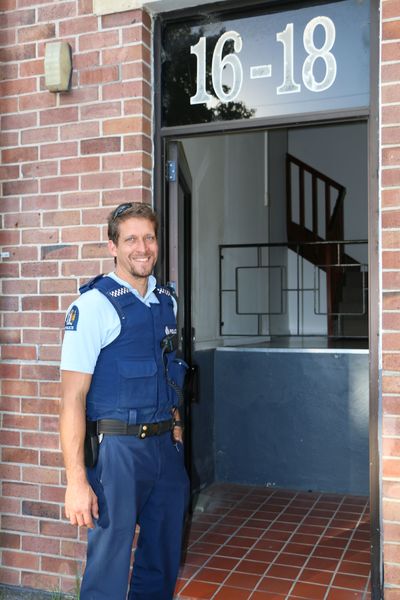 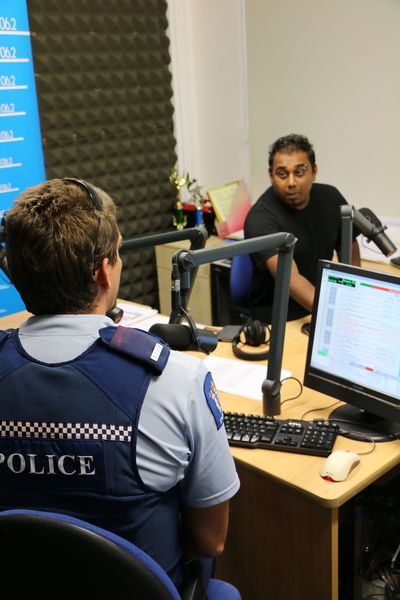 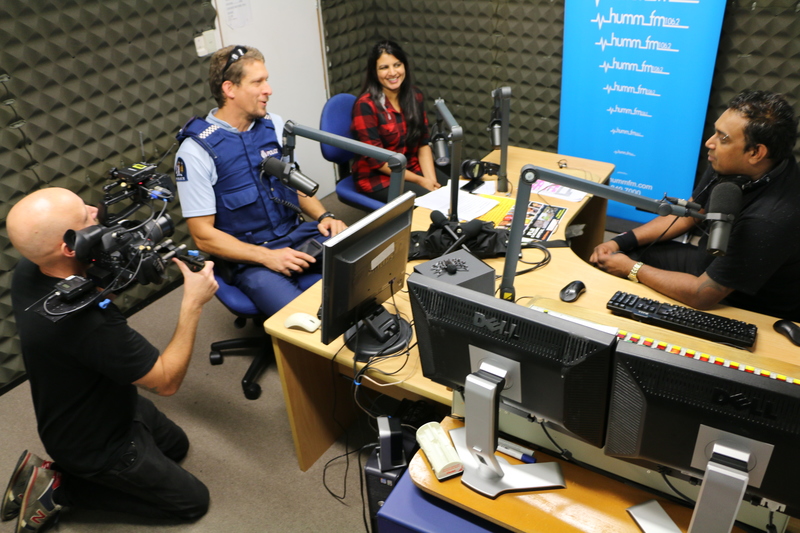 At Humm FM with DJ's Dev and Sandy 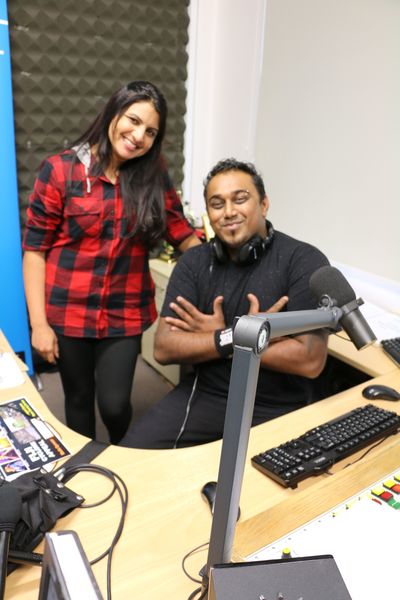 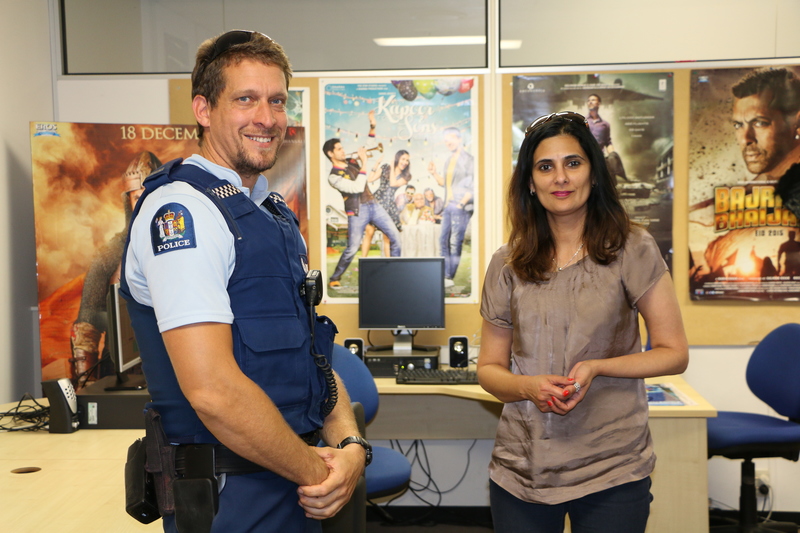 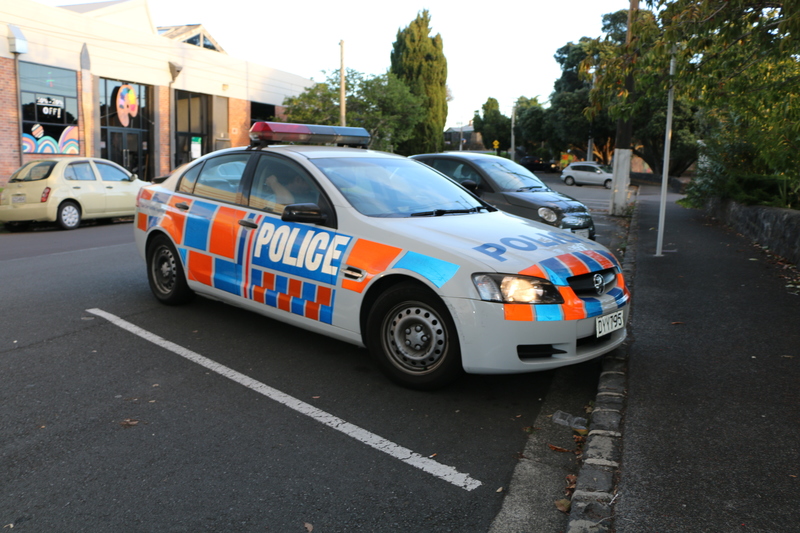 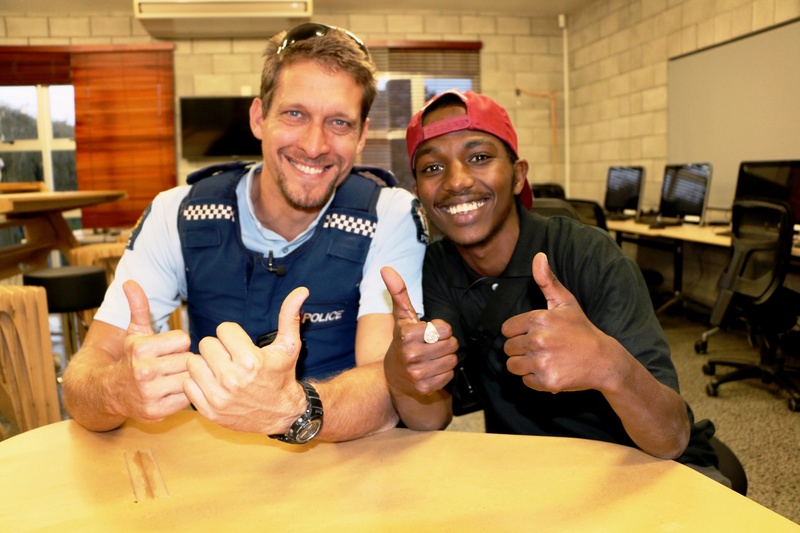 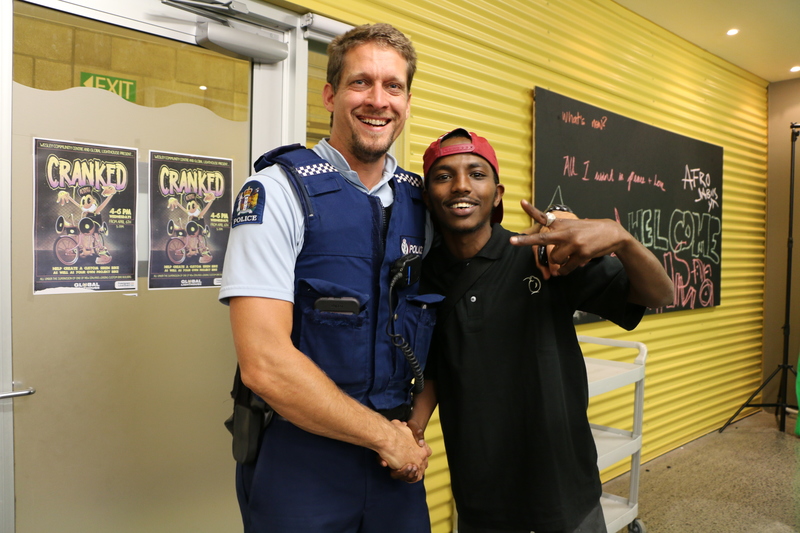 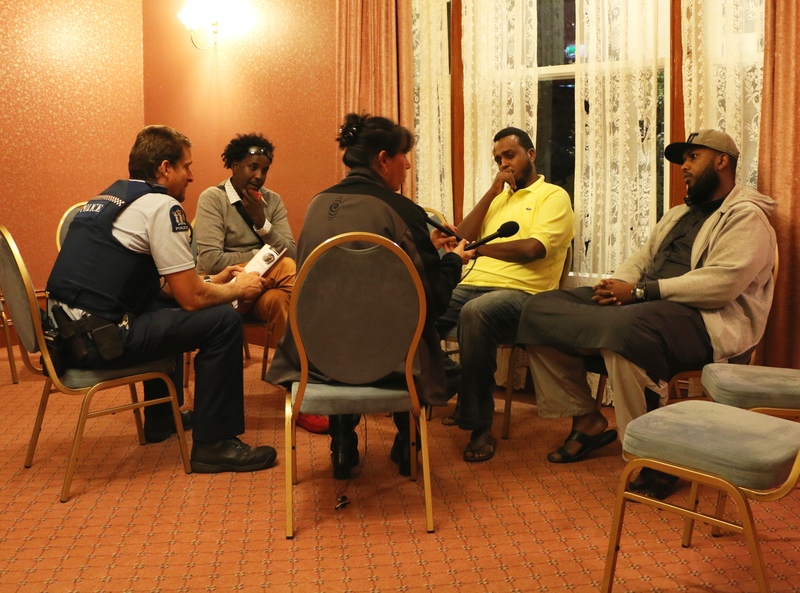 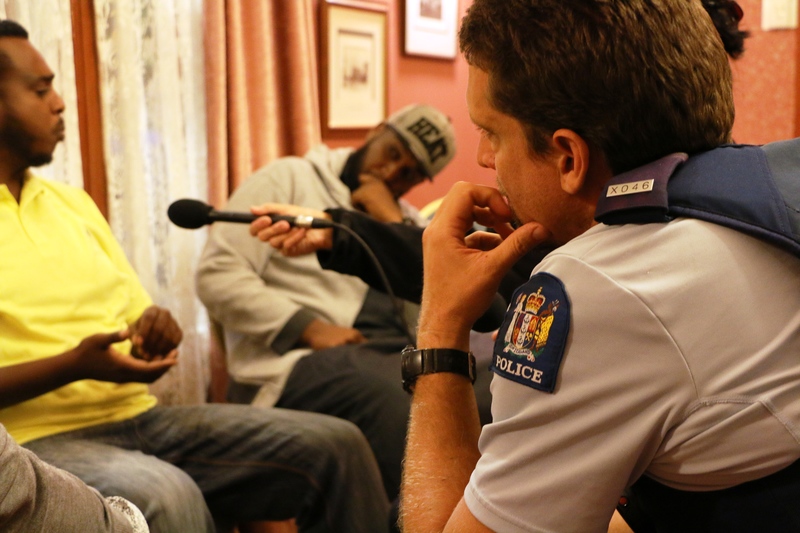 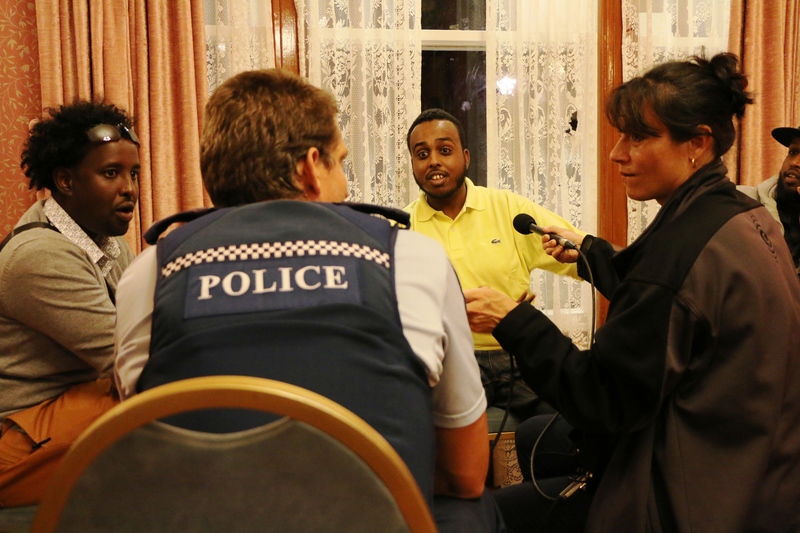 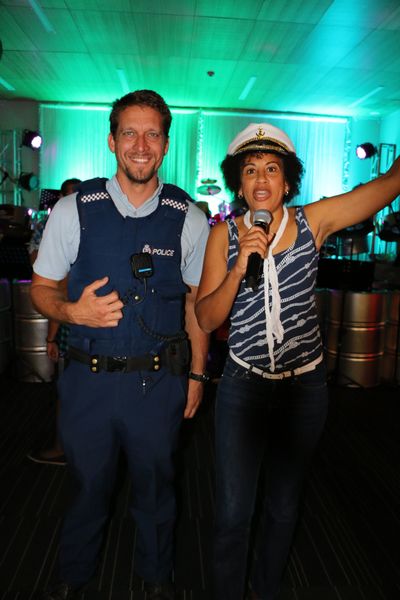 “In the past we were getting people from all over Africa, Middle East, Burma, Bhutan, all sorts of people and a lot of them were settling here and I know they’ve had some struggles. It’s not easy.” 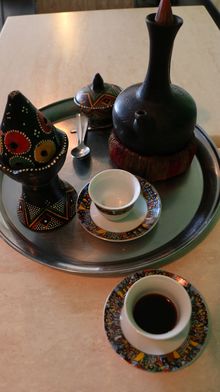 His main focus is on African, Middle Eastern and South Asian communities, including helping students settle into school.

“Some of these students have very high needs, some of them haven’t been in formal education for some time and they may struggle with English and just generally a new culture, a new everything.”

It’s a busy job so the strong coffee at the Abyssinian Café in Mt Roskill is a welcome break.

“When you’re over in Ethiopia they will do the full ceremony where they roast the beans in front of you. Unfortunately that’s not practical here but as you can see everything is beautifully painted and there’s incense burning.”

Before working in Mt Roskill, Auckland born Rob did two stints of volunteer work in Africa, taught English in Korea and travelled widely throughout China and Southeast Asia.

“I came back from the second trip to Africa and I needed to find a role that would be able to keep me in one place and still be interesting enough so I applied for the police.”

Over a decade later Rob is still in the police and says it may not be full of car pursuits or locking people up but he still has the chance to help people one on one and as a community.

Part of that involves coordinating support for the resettlement of refugee youth with his colleague Sergeant Nick Poore and the Refugee Youth Action Network programme (RYAN) and a regular appearance on the Indian community station Humm FM. 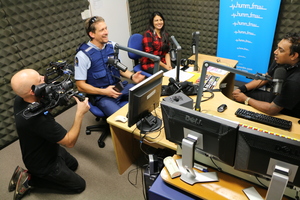 After an on-air chat about operations to reduce the number of unresolved burglaries Rob catches up with youth from the African community at Mount Roskill’s Wesley Community Centre.

Here he’s viewed as an honourary African and is one of the crucial outlets for them to voice their concerns, even if they are about police. 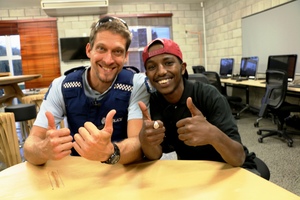 “I went out of my way and stepped out of my comfort zone,” the young man tells Rob.

“And I said, ok, I’m going to meet with a police officer and it turned out positively for me but a lot of young people are scared of taking that risk...what do you say we can do or what can be done?”

Rob’s solution is to stay positive and keep building relationships with people.

“Every police officer has a role to serve all of our ethnic communities, and particularly our neighbourhood policing and community policing teams they’re very much involved in all this kind of work every day.”