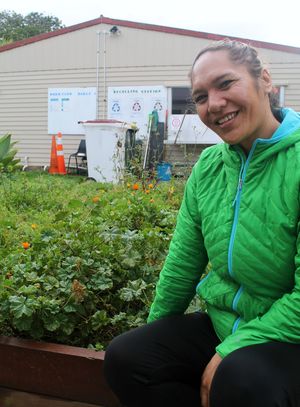 “I weighed 136 kg's. I was quite a big girl and had high blood pressure, but I wanted to challenge that… To change what the doctors were telling me.” - Valerie Teraitua, PHA’s Maori Public Health Champion 2015

Even though she knew her whanau had a history of high blood pressure, it wasn’t until the arrival of her new baby two years ago that Valerie Teraitua realised she had to make a change in her own life in order not to become another statistic.

When Papatuanuku Kokiri Marae in Mangere entered the Iron Pasifika event in 2013, she saw an opportunity.

However while she wanted to take part in the Waka Ama leg, her weight stood in the way.

But undeterred, Valerie took up swimming instead and three mornings a week she got in the pool at 6.30 am and learnt to swim, all so she could participate and beat her high blood pressure into submission.

“What I said to myself was ‘It doesn’t matter where you come, I just wanted to complete the 1 km swim without standing up and taking a breath’ and that’s what I achieved,” - Valerie Teraitua 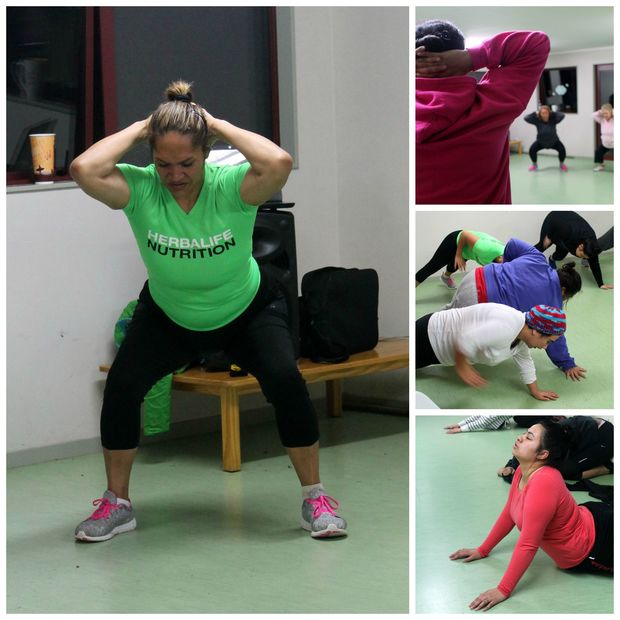 Every weekday morning from 5.30 am, the Ladies’ Army gathers in the hall at Papatuanuku Kokiri Marae to be taken through their paces by Valerie Teraitua. They’ve so far last over 200 kilograms of weight between them. Photo: Lisa Thompson

Losing 16 kilograms during that period, the motivation she received from her family helped her keep going.

“It was my whanau that said to me ‘Jeez cousin, you’re looking good, what are you on?’” she says laughing.

“So the inspiration came from me wanting to help them.”

And help them she has.

In February 2015 Valerie set up the Ladies’ Army, a free-fitness class held in the Marae’s hall every weekday morning at 5.30 am.

Starting out with only a handful of attendees, Valerie now attracts a dedicated group of at over 30 women, which means some mornings the classes spill out into the Marae car-park to accommodate the numbers.

The class attracts a broad spectrum of women from teens to over sixties, but nearly all share the same bond; motherhood.

A bond Valerie wanted to strengthen so each woman can go back to her own family fit and ready to tackle the day.

It’s a vision that was fostered by Marae Kuia Mere Knight, who was able to impart it to Valerie before passing away just after Valerie’s own association with the Marae began.

In the short time the Ladies' Army has been going, Valerie's hard work and dedication has being paying dividends.

Not only around the waistlines of the women involved - with over 200 kilograms shed so far between them - but also in improving their everyday outlook, which Val credits to the Spiritual element of the programme.

Each class begins with a Karakia or prayer and finishes with a word of the week, to encourage those involved.

Getting the Marae community to change their eating habits has also been a big part of Valerie's success. 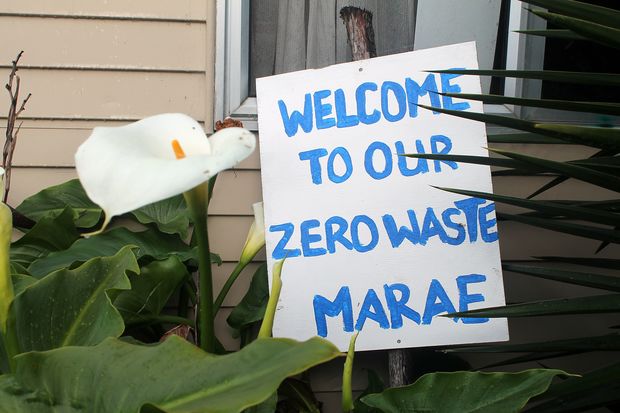 All of the marae kitchen scraps are composted and any other green waste goes back into fertilising the garden. Photo: Lisa Thompson

It has taken over five years, but the Marae is now verified as an organic garden by Maori Organics Aotearoa. Free range eggs, honey, leafy greens and kumara are all readily available, and Val says three-quarters of each harvest is given to families who need a bit extra.

In recognition for her leadership and inspiration, Valerie has recently been named New Zealand's Maori Public Health Champion at the Public Health Association's annual conference.

“In terms of where Papatuanuku is at... Maori Public Health Champion definitely says we’re doing some great work, don’t you think? Roll on the next 30 years!” - Valerie Teraitua 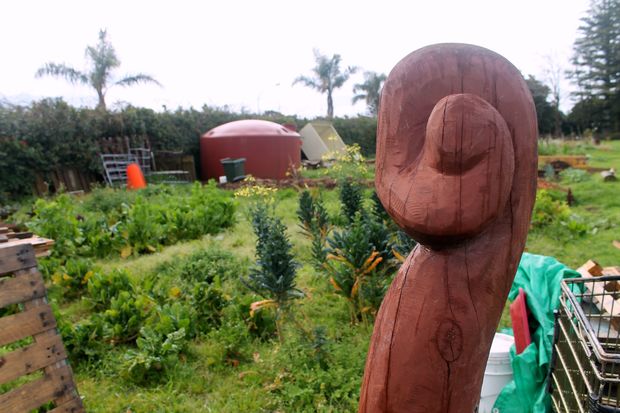