Crafting the Future of Hair 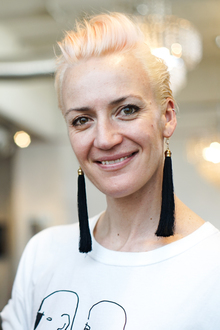 “You’re silly in this day and age if you don’t diversify” – Bex Brent, owner of Wellington salon Willis York.

Listen to the audio story to hear an in-depth perspective on the hairdressing industry as Bex and a her team set to work in preparation for an event.

The award-winning hairdresser Bex Brent from Willis York exudes an undeniable passion for people and her work, and regularly branches out beyond the routine of cuts and colours, thriving on collaboration and opening up her space to a range of creative practitioners across a multitude of mediums. Working on editorial shoots and events also provides work for freelance makeup artists and extends the creative network around her.

“When I first bought Willis York my dream was to collaborate and be involved in as much fashion, arts and music as I possibly could, because I have the ability to be able to give the space for free and it gives my stylists something that’s different” – Bex Brent 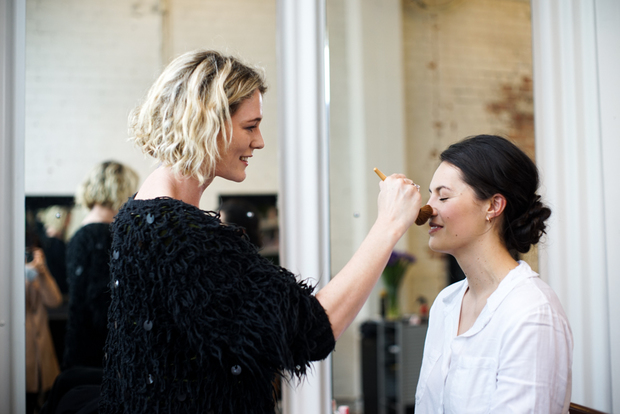 Bex maintains that hard work and perseverance have been key to attracting the kinds of projects that keep her invigorated. And despite the industry being highly competitive, she insists on working in a way that focuses on community and building relationships, rather than the industry standard of racking up numbers and getting bums on seats.

“I really wanted to slow down the craft of hairdressing. What that means is allocating more time for clients—an hour, rather than the stock standard 45-minutes. “People have to come up two flights of stairs and we’re slightly out of the way, so that reflects in the types of clients that come to us” – Bex Brent

She also provides her stylists with the flexibility to schedule their day in the way that best suits them, because that in itself also allows for growth. An advocate for education in hairdressing, Bex is keen to continue passing down skills to the next generation of stylists. She has taught in Thailand and Vietnam, where she says students will sit a three-month course and are then thrust out into the industry - when things go wrong they blame the products, rather than their lack of training.

She is well aware that the New Zealand stylists are highly regarded, in part, due to the extensive training and availability of apprenticeships. In New Zealand, apprenticeships last for a duration of four years and Bex likes to get her apprentices up and running as soon as possible. They can build their hours and training through experimenting on friends after the salon closes its doors, and are also engaged on a range of external projects that come through the salon. 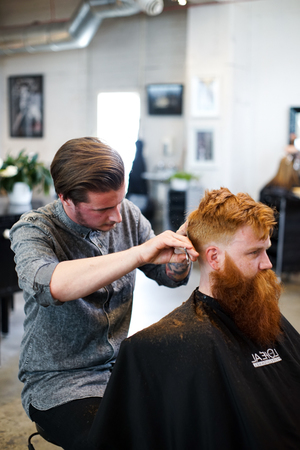 Bex says the hands-on experience and intensive training is invaluable: “It also means that when you leave New Zealand and go overseas, being a Kiwi in Australia is really, really great because they know that our training is so good.” Winning a highly coveted prize – the L’Oreal Supreme Colour Award (2014) – has also created more opportunities that have allowed Bex to broaden her creative vision. A trip to London and Paris as a result of the win also provided an unforgettable and inspiring experience that still makes her eyes light up. She had the opportunity to visit what she refers to as "the church of hair" – L’Oreal in Paris, where hairdressing began.

“It was unbelievable…winning something like that endorses what I do [and] it’s been opening doors that I haven’t been able to penetrate, because I haven’t had that accolade behind me.”

The trip and the award continue to feed her creatively, and she has high hopes for those young stylists who will follow in her footsteps.