NZ Society - Hope for the Homeless 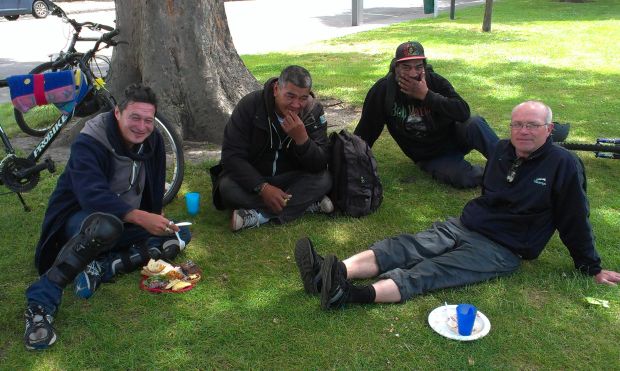 Lunch in Latimer Square with Help for the Homeless.

It's been six weeks since he moved in but 50 year old Wuz is still buzzing over his new state house. After years of life on the streets, a volunteer with Help for the Homeless helped him organise some accommodation. "Within six weeks I had me a house and its $67 a week, which I can afford and its brilliant."

Wuz says he started living on the streets as a teenager, and was filmed for a television documentary on the life of street kids. "We told [the film crew] how we lived, how we survived, how we rolled people, you know, knocked them out, took their money."

But he says the programme "wrecked his family". "That really shattered them to find out that I was like that." He spent time in a borstal and that steered him towards a good job he kept for many years until an accident and a stroke put him on an invalids benefit and ultimately saw him return to the streets.

Wuz's story is one of many shared among friends at a free lunch held for members of Christchurch's homeless community. Says Wuz: "It’s good when we meet like this because we're all the same, you know like there's no one any better, no one any less." "We're all the same."

The weekly fixture was set up by a local cleaner, Amy Burke, who established Help for the Homeless after seeing many of the street community cold and in need of help. After six months her group of volunteers has grown and they've distributed clothes and other supplies as well as providing food.

And now those they've helped are speaking out. Rene is another who has recently found accommodation after many years on the streets due to alcoholism. "I wasn't the type of alcoholic that would just sit down and have a drink. I was chronic - three or four casks a day, beyond most normal people's belief."

But he says after being sober for two years, he's "woken up" to himself. "Now my endeavours are to help people like the ones that you see here." He says both he and an old friend he knows from the streets have been given accommodation in the same group of flats. "We've both never been as happy in our whole lives."

And whilst he is no longer homeless he still comes along to meet friends. "I went to a rough school out here in Aranui, brought up with the likes of the guys [here] and so I've got a real synergy or something in common with them."

As for the volunteers, whilst they come to dish up food and distribute toiletries and other supplies, they come away with much more. Keryn Taylor says helping out has opened her eyes to a different way of life and she's been impressed by the caring attitude within the homeless community. But she says it’s also changed her life. "I have a great sense of achievement, of doing something really purposeful."

Katy Gosset talks more to the people who Amy Burke has helped about the difference Help for the Homeless has made. 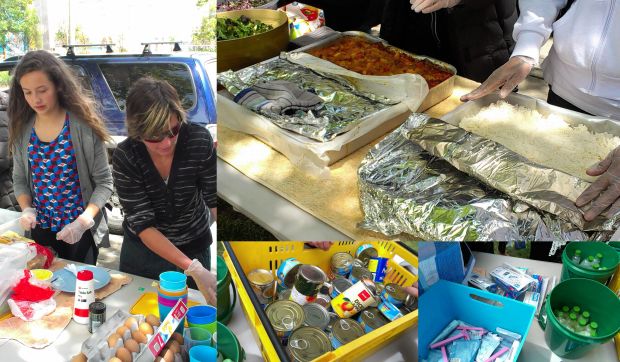 Help for the Homeless volunteers and donated goods