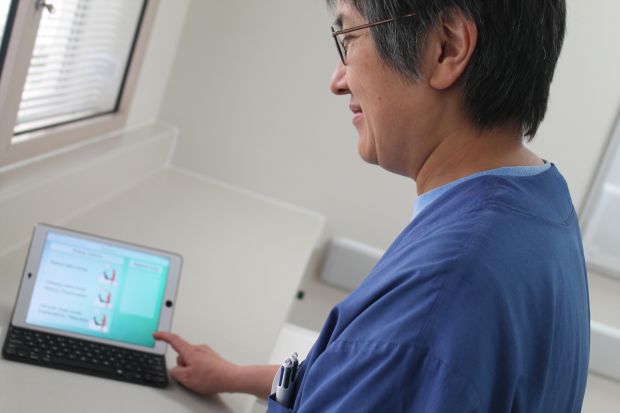 It could be a hit with thousands of doctors in dozens of countries. It’s a new App. for Ipads which helps clinicians break down language barriers with their patients. 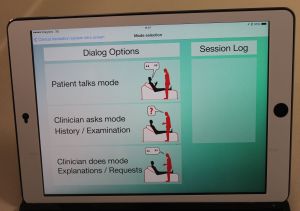 The App’s called “Listen Please“, and it’s been designed by Auckland Doctor Janet Liang who works in intensive care at North Shore Hospital. Using “Listen Please”, during an initial consultation, a doctor can conduct simple conversations with a patient in Mandarin, Cantonese, Korean and two Pacific languages Samoan and Tongan.

Janet Liang says she was increasingly frustrated at how often she couldn’t properly communicate with people brought to intensive care… and had to wait for hospital interpreters to come. She got seed money for her invention by winning a health Infometrics Clincians Challenge prize in 2011 with her idea. Dr Liang would love to be able to add extra languages and to promote her App, but she says she has little time or money to do it.

Janet Liang was born in Hong Kong and as a three-year-old came to New Zealand where she says she refused to speak her native language again. She was the only Asian child in her Auckland school classes… something she says that’s changed hugely. Almost a quarter of all Aucklanders now identify as Asian, and fifteen percent as Pacifica. 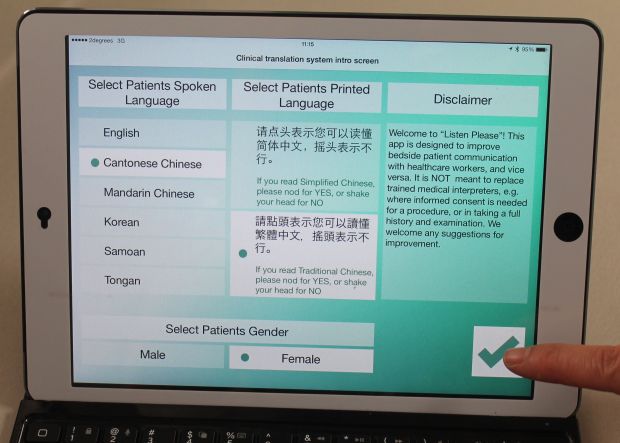