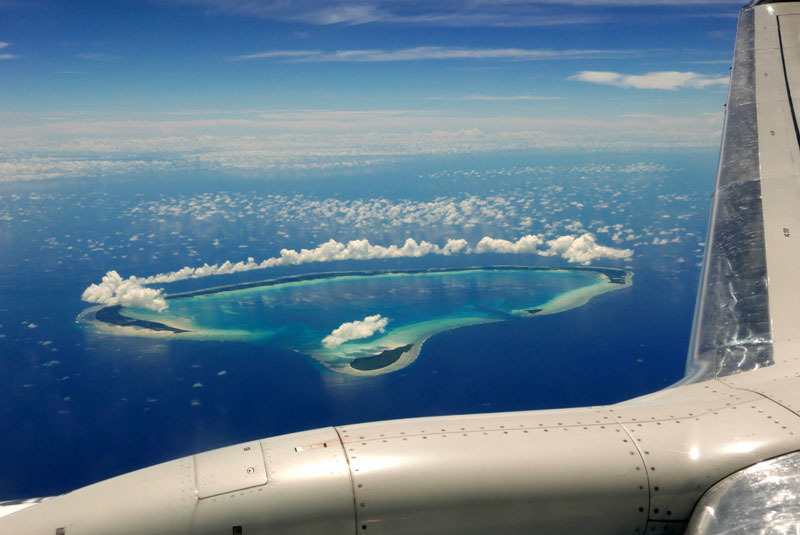 Abemama, one of the southern atolls in the Gilbert Islands group of Kiribati. 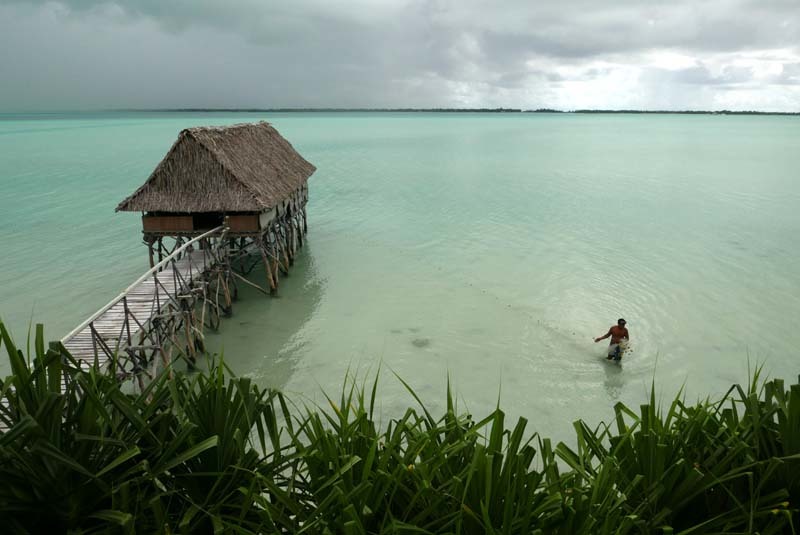 Fishing is a daily activity for most Kiribati families. A man from the village of Bikenibeu, in South Tarawa, sets a net around a bwia, a traditional sleeping house. 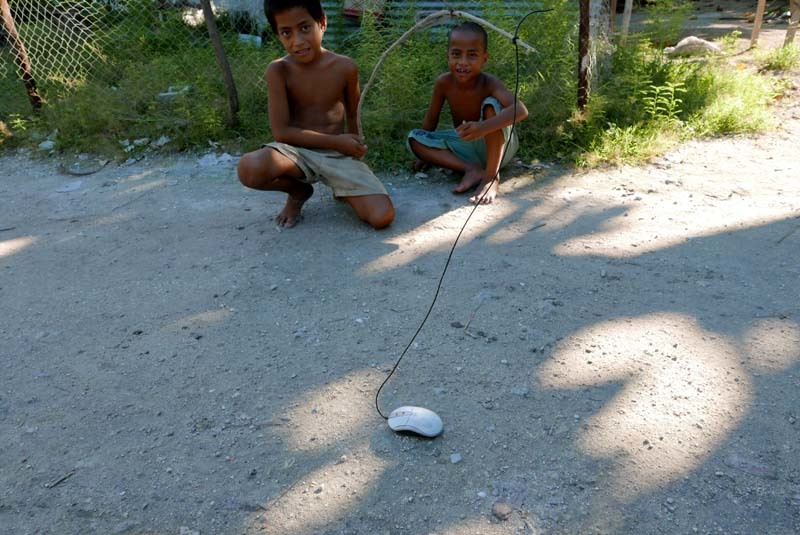 Young boys play with a computer mouse on a homemade fishing rod in Bairiki village. 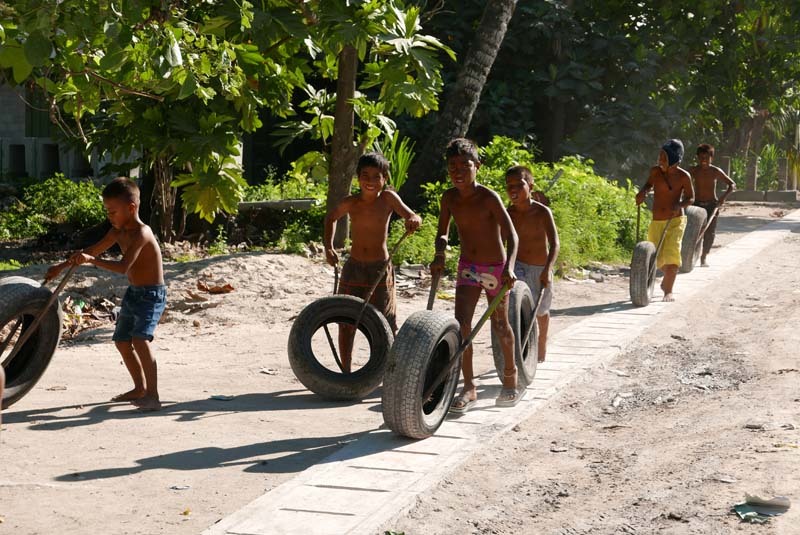 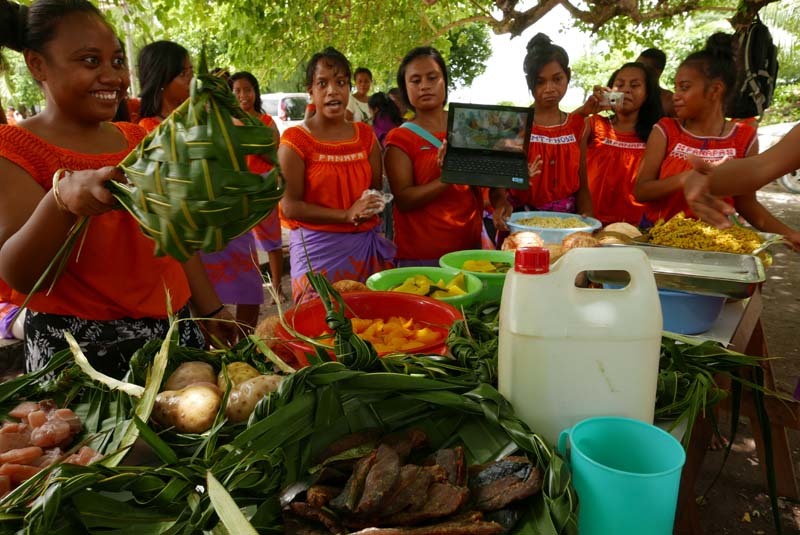 At a school cultural day in Bikenibeu, children cook a spread of traditional Kiribati foods. 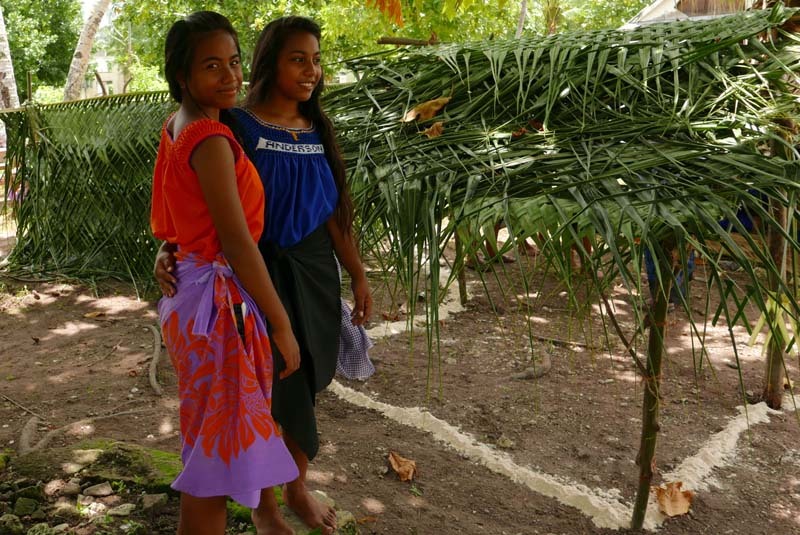 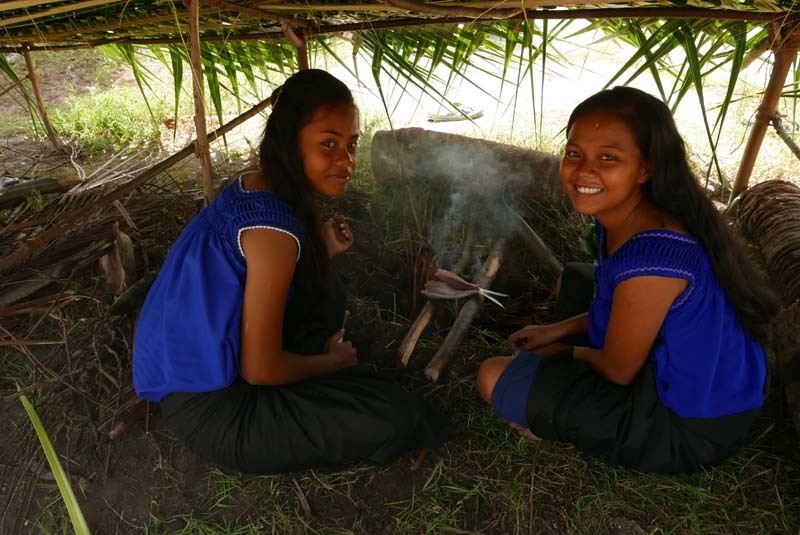 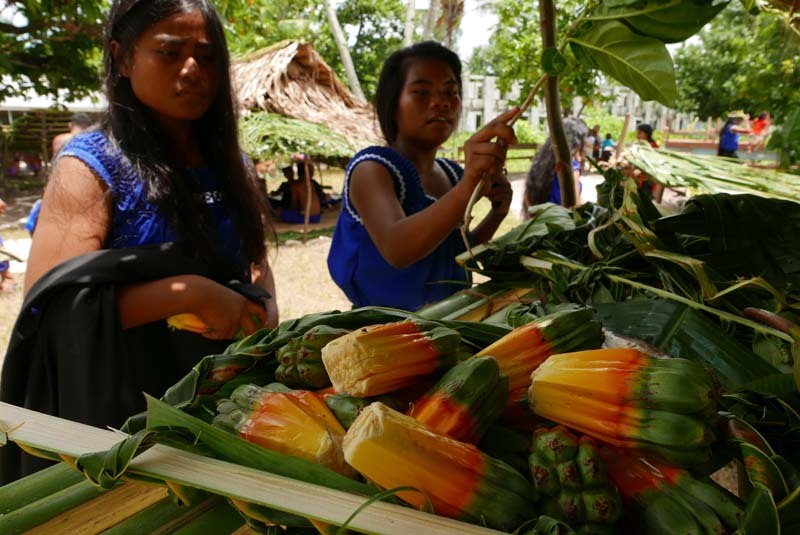 The pandanus tree is highly prized for its timber, leaves and orange-and-green fruits. 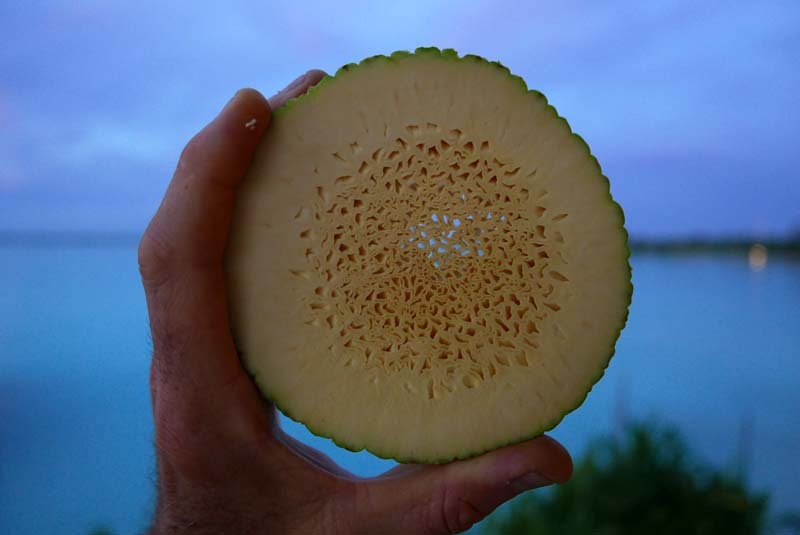 Along with coconut and pandanus, breadfruit, here sliced to show the inside, is one of the three horticultural staples on Kiribati. 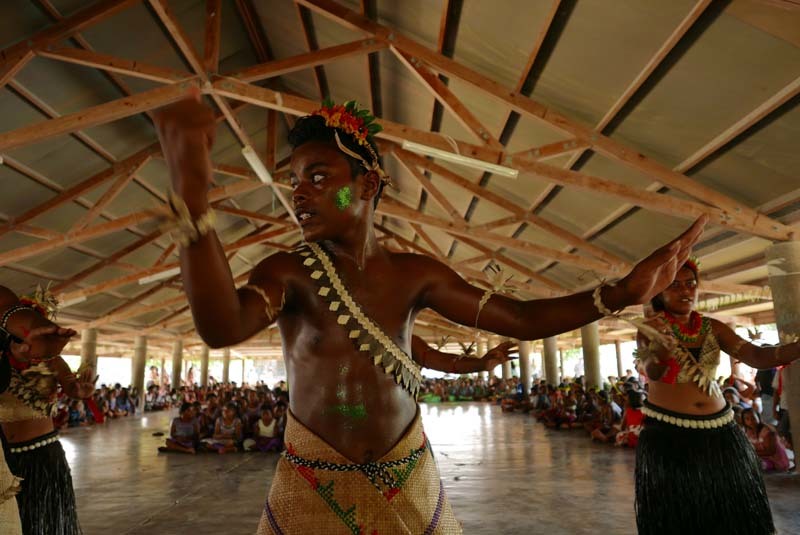 A school song and dance competition in Betio, the western-most islet in South Tarawa, brought talented performers to the fore. 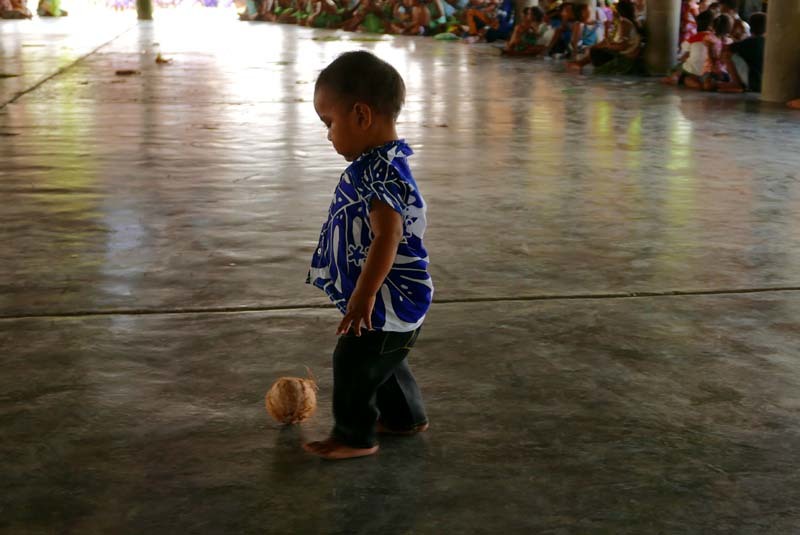 Between dance performances, a child plays with a coconut in the maneaba, the traditional meeting house. 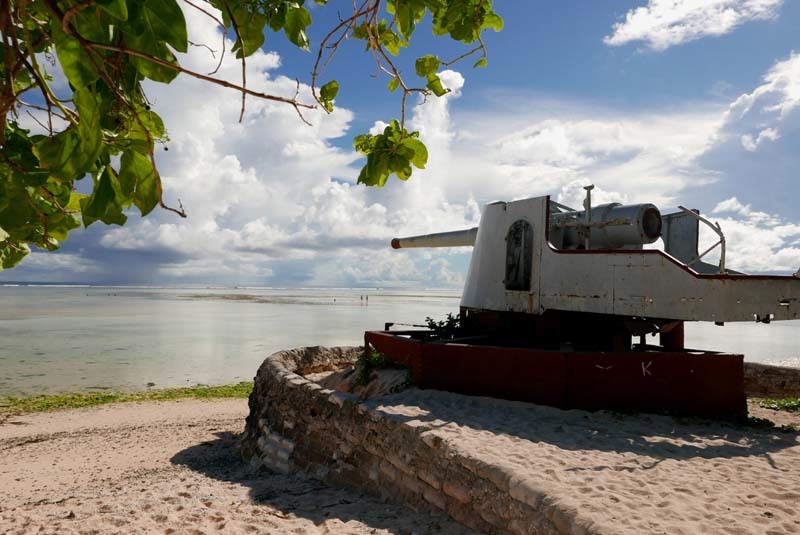 Betio was the site of the battle of Tarawa, in which 6,000 Japanese and US soldiers lost their lives in three days of fierce fighting in November 1943. 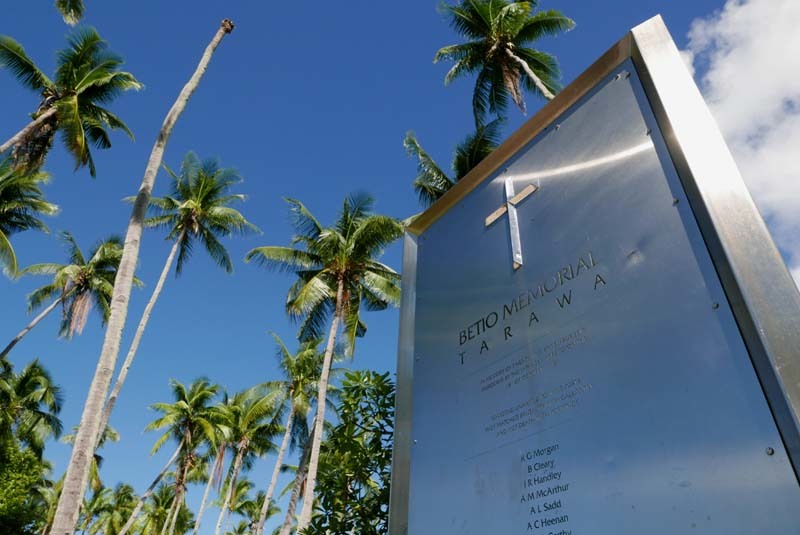 In a Betio cemetery stands a memorial to 17 New Zealand coastwatchers and five civilians who were executed by Japanese occupying forces in 1942. 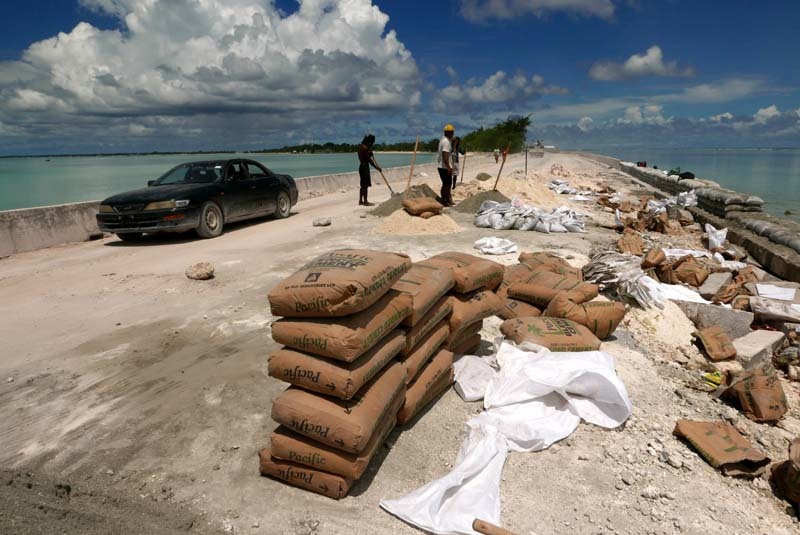 The causeway between Betio and the rest of South Tarawa suffered heavy damage during king tides earlier this year, requiring months of repair work. 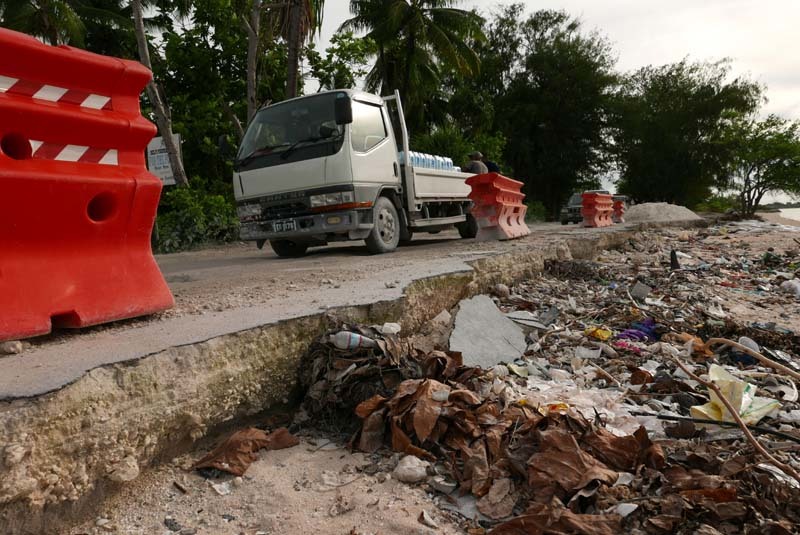 Road damage from king tides is evident in many places around South Tarawa. 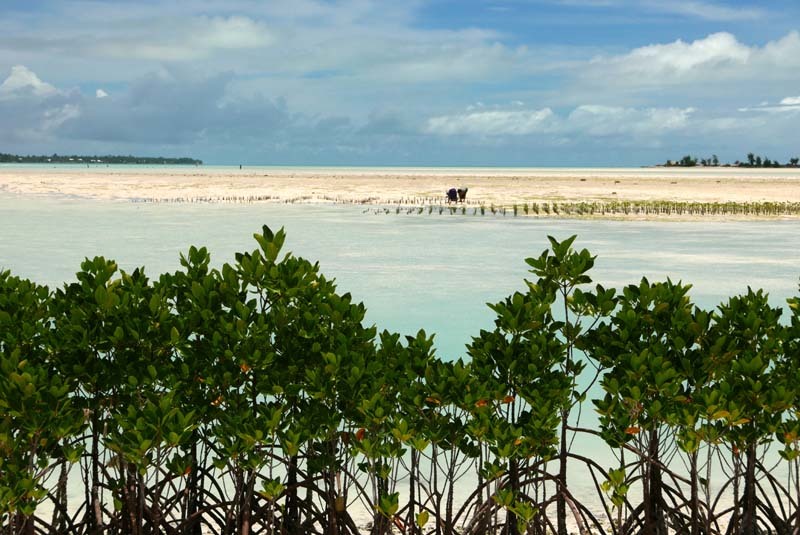 Women gather small cockles in the lagoon, near an area where mangroves have been planted as a means of protecting shorelines from storm surges. 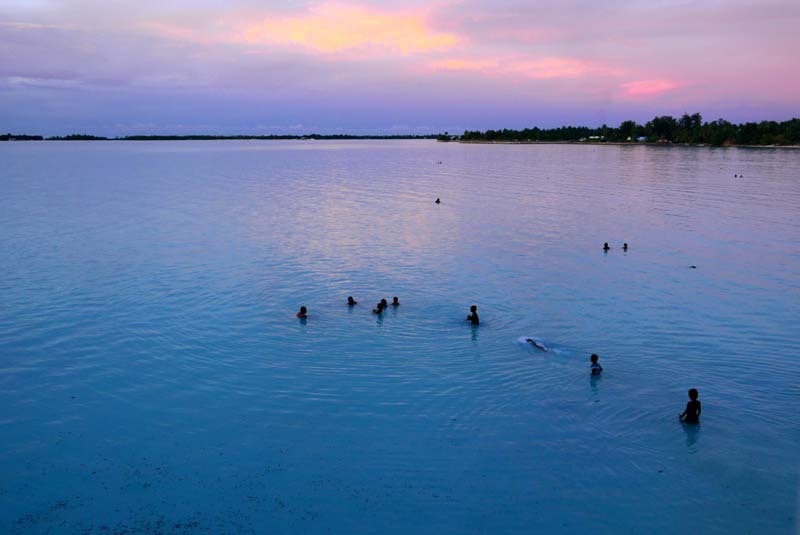 I-Kiribati spend a lot of time in the lagoon, washing, playing, conversing, singing, fishing. It is as much their home as the land.