Molly Crabapple is an artist and writer in New York. She is the fourth artist in the last decade to be allowed to visit and draw the detention facility, and its staff and inmates, at Guantanamo Bay, and has recently drawn pictures of residents at an internal displacement camp in Syria. Her 2013 solo exhibition, Shell Game, led to her being called “Occupy [Wall Street]'s greatest artist” by Rolling Stone, and “an emblem of the way that art could break out of the gilded gallery” by The New Republic. Crabapple is a columnist for VICE, and has written for The New York Times, Newsweek, The Paris Review, CNN, The Guardian, The Daily Beast, Vanity Fair, and Der Spiegel. Her illustrated memoir, Drawing Blood will be published by Harper Collins in 2015. She has also had an acclaimed career as a burlesque artist and model, and art educator. 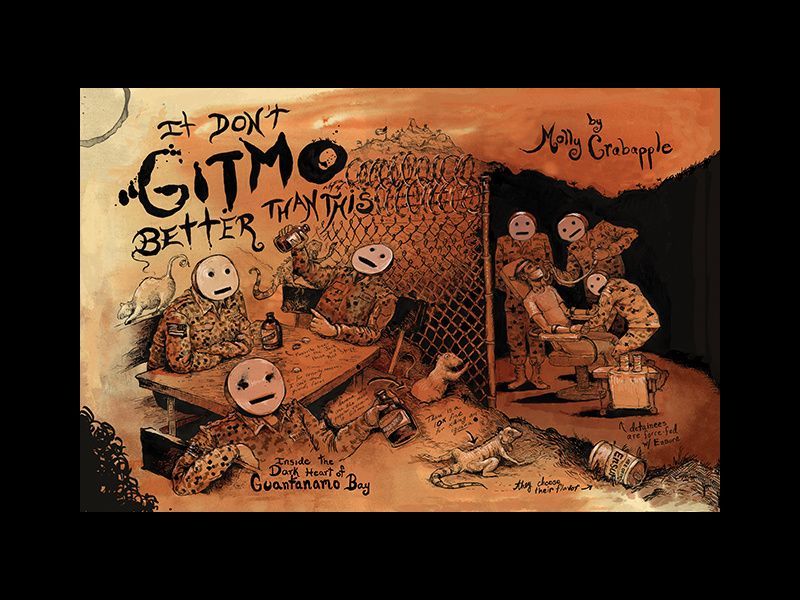 Molly was not permitted to draw the faces of US troops at Guantanamo Bay. Image credit: Molly Crabapple. 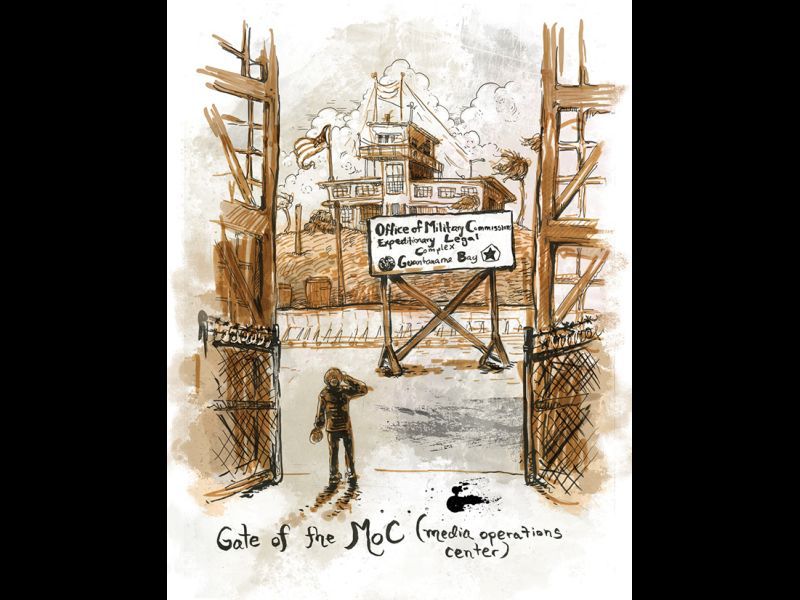 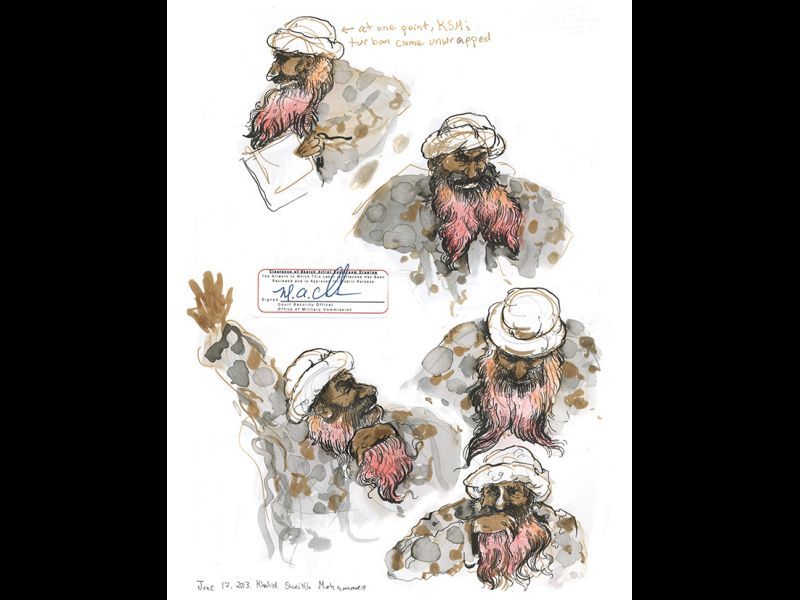 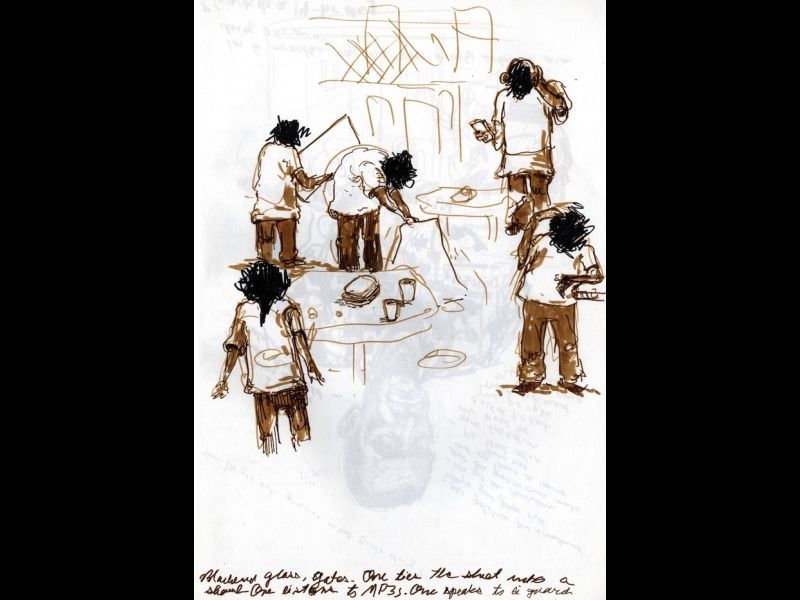 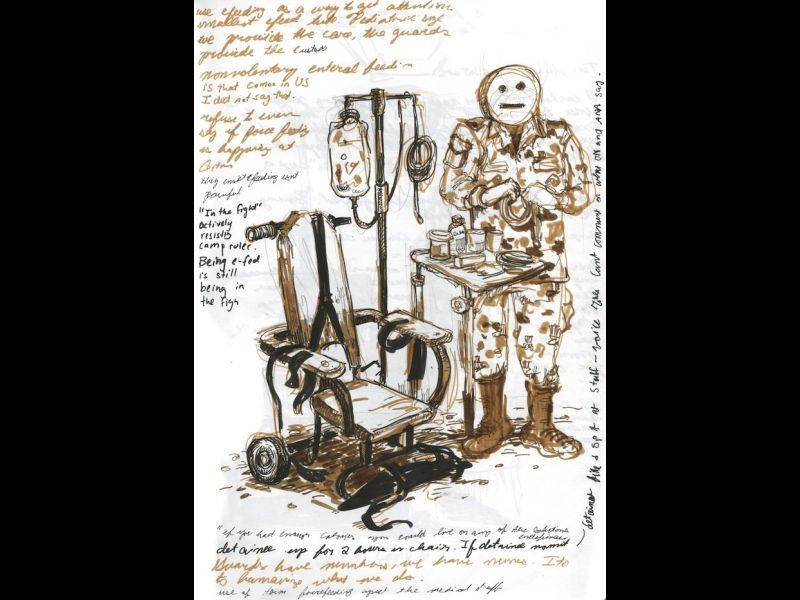