Kennedy Warne - The wilderness next door

The wilderness next door

Kennedy says his most significant nature experiences happen in his own backyard. 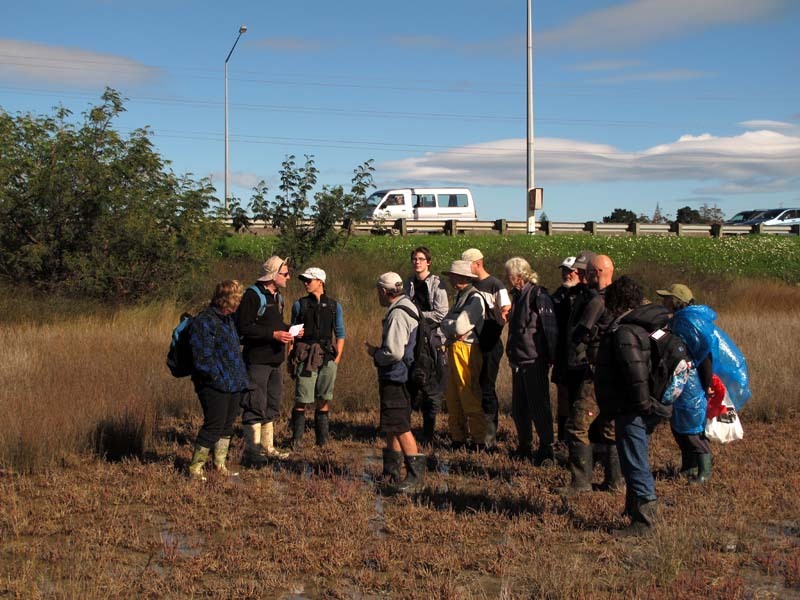 Pollen Island-bound, walkers stand in a "salicornetum" to hear a briefing from Forest & Bird guides Michael Coote and Kent Xie (second and third from left). 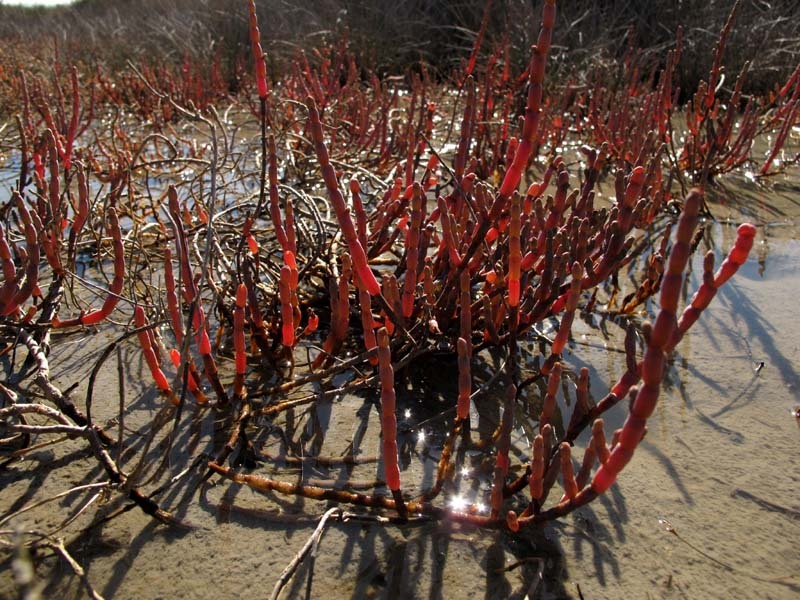 Salicornia australis, an edible glasswort also known as beach asparagus or pickleweed, gets redder as the salt concentration rises. 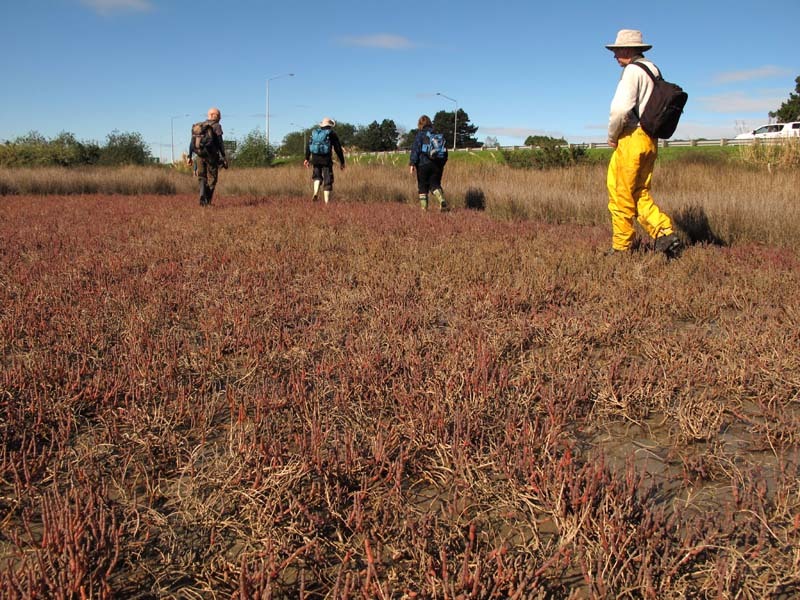 Walking through a salicornetum, an area colonised almost exclusively by the glasswort Salicornia australis. 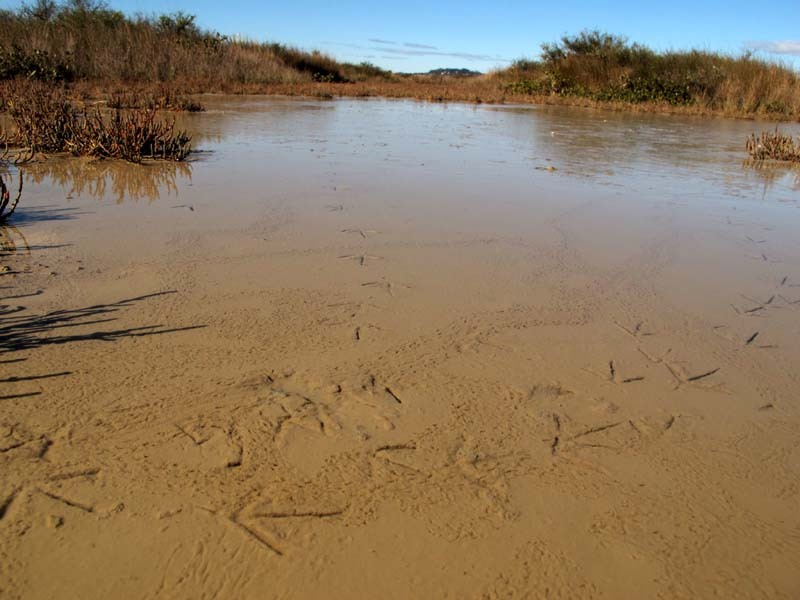 Footprints of the banded rail are easy to spot; the bird that makes them is not. Mud crab footprints look like the marks of a sewing machine. 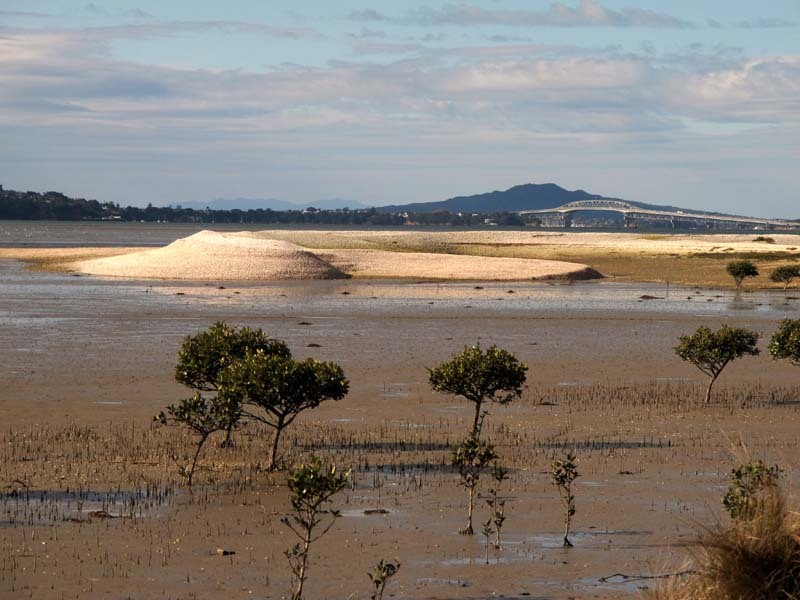 Rangitoto, on the skyline, is a geological spring chicken compared with Pollen Island (Motu Manawa), its white cockle shellbanks shining in the foreground. 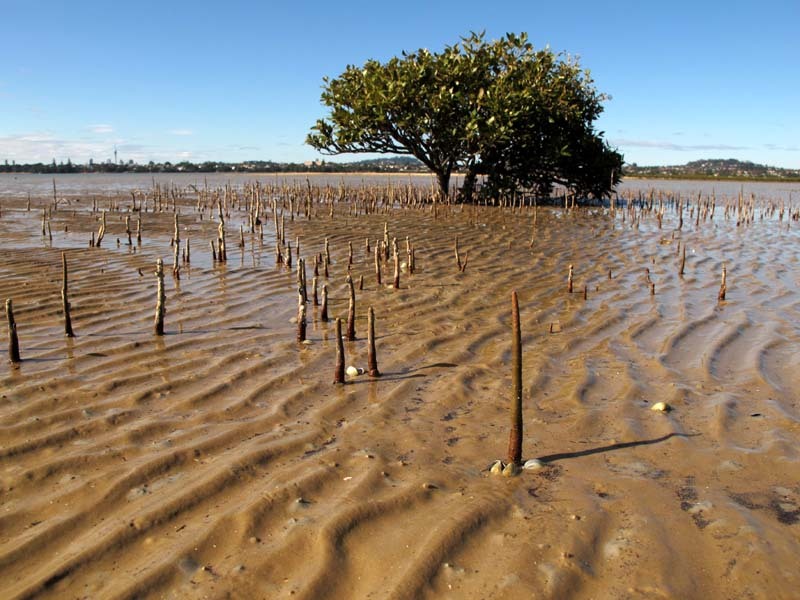 Motu Manawa is named for its prolific mangroves ("manawa") here on sand flats seaward of the island. 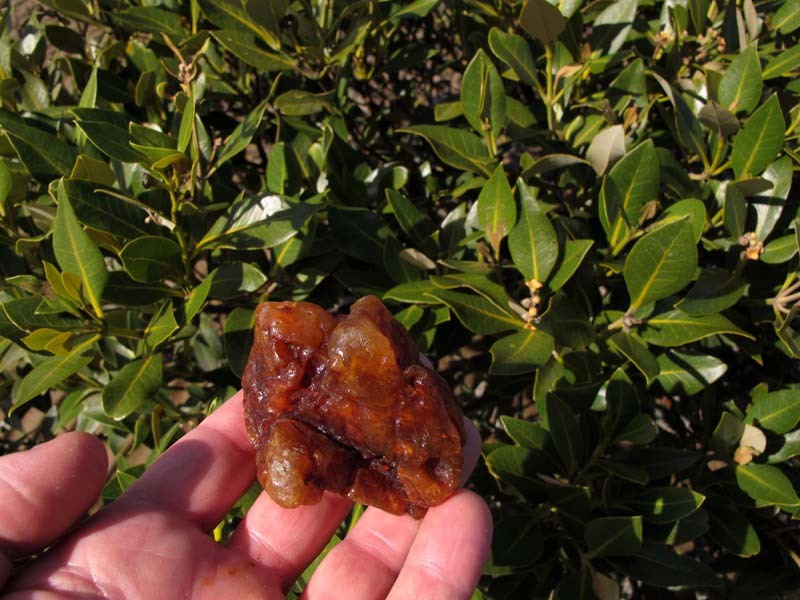 A lump of kauri gum, found among the mangroves of Motu Manawa. 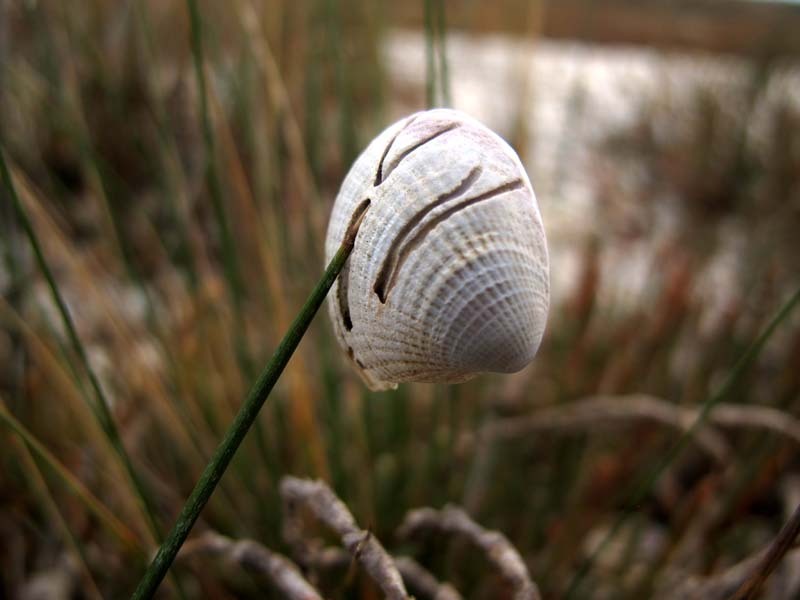 Millions, perhaps trillions, of cockle shells form shellbanks or cheniers around the island. This one has been elevated by coastal rush called oioi. 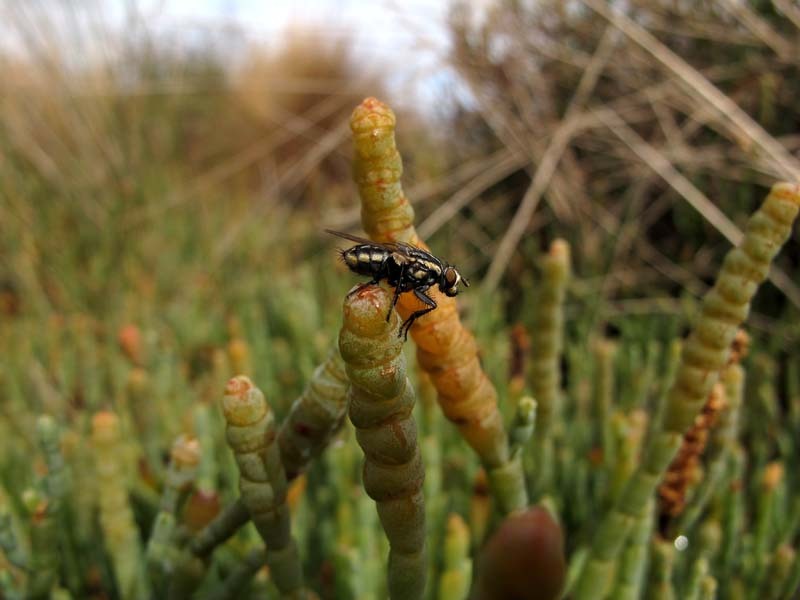 A fly rests on a sprig of glasswort. 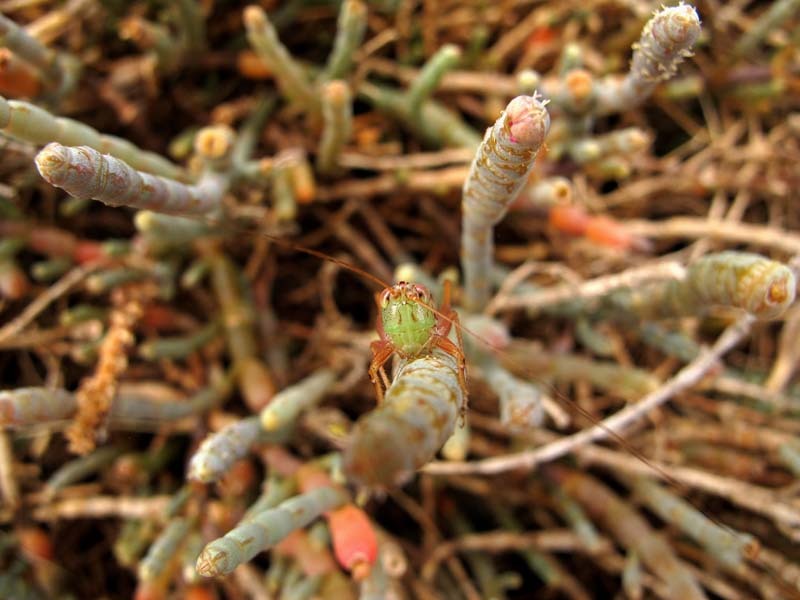 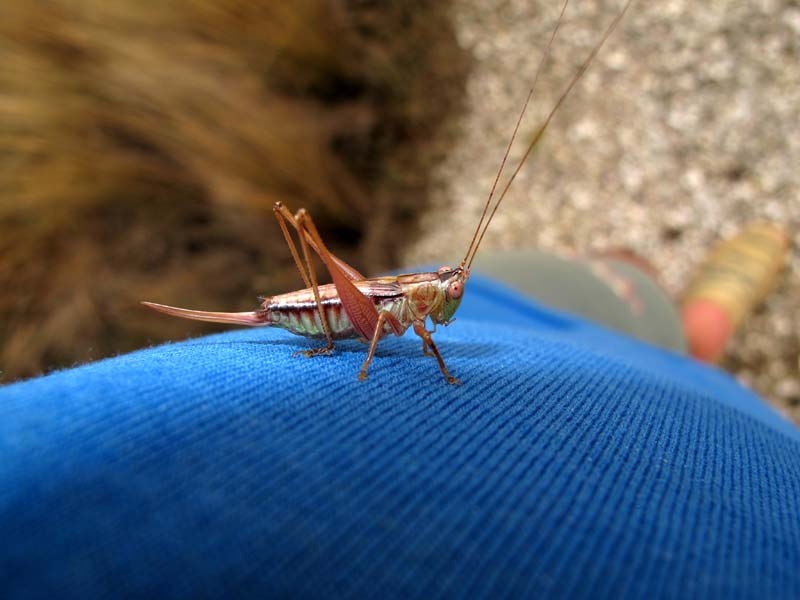 Frisky hopper gets a closer look at a rare human visitor. 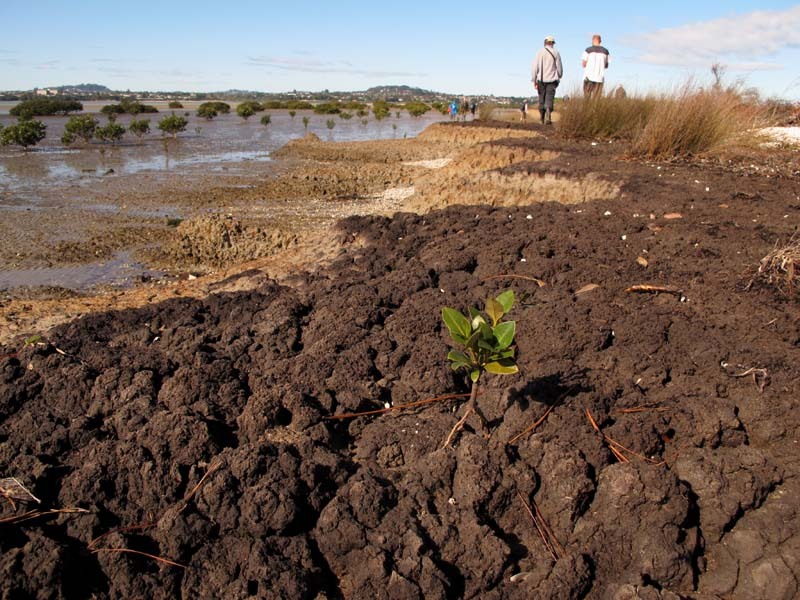 Storms in 2010 pushed shellbanks metres inland, leaving the edge of the island exposed and eroding. 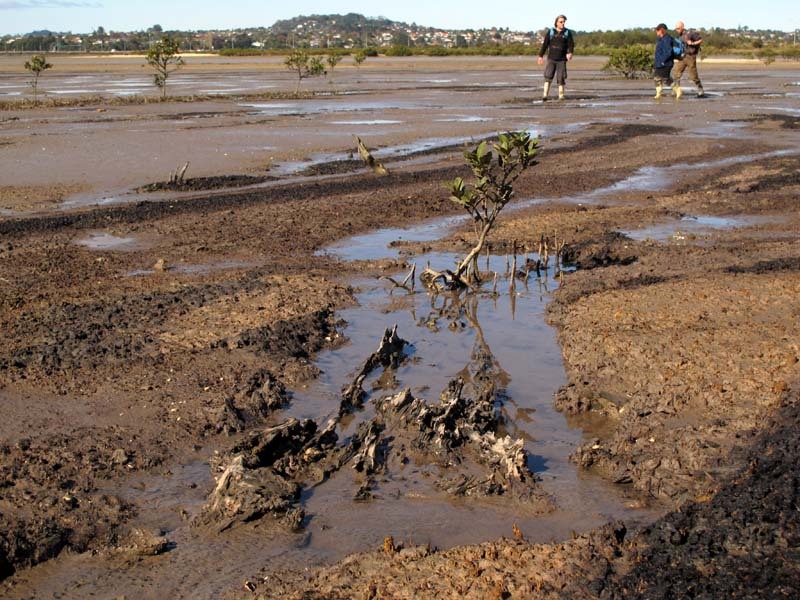 Storms in 2010 pushed shellbanks metres inland, leaving the edge of the island exposed and eroding 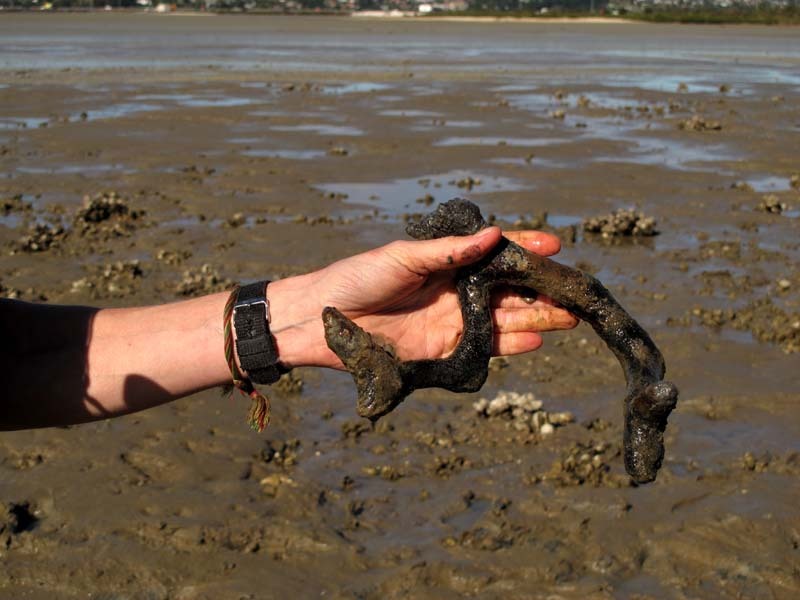 When the climate was much warmer, 150,000 years ago, tropical shrimp occupied the area. Their burrows have become "cast" by a mixture of sand and limonite, forming antler shapes that lie on the mud. 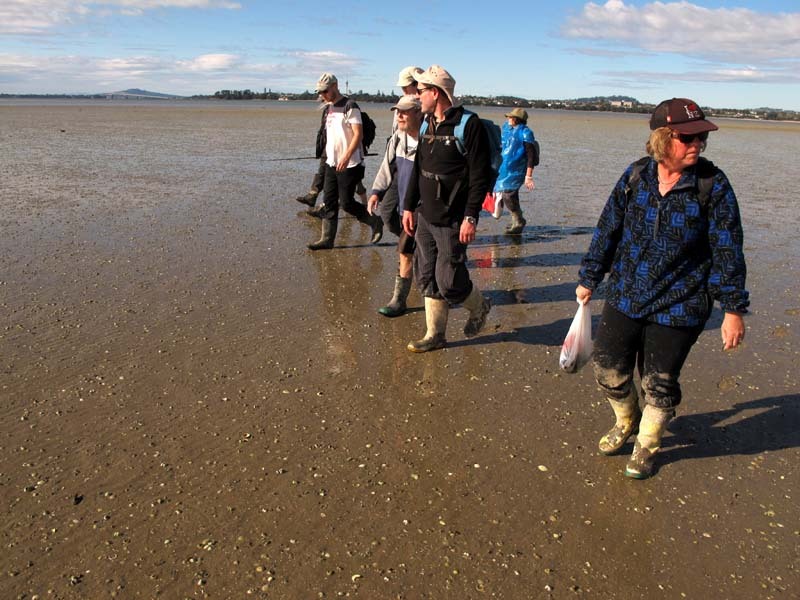 When the tide is out, narrow Motu Manawa is surrounded by vast mudflats that are feeding grounds for stilts, terns, godwits, spoonbills and many other shore birds. 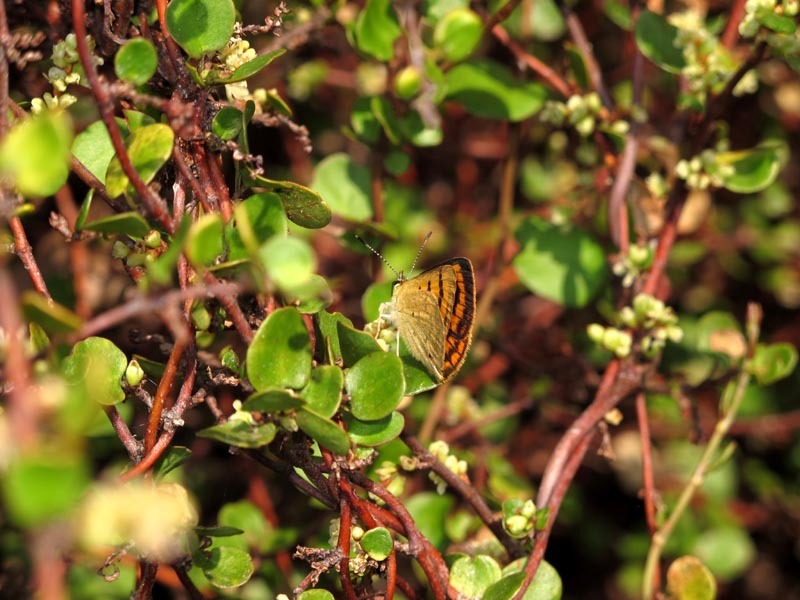 Nearby Traherne Island is festooned with Muehlenbeckia, and attendant copper butterflies.