So why do some policies succeed, and others fail? 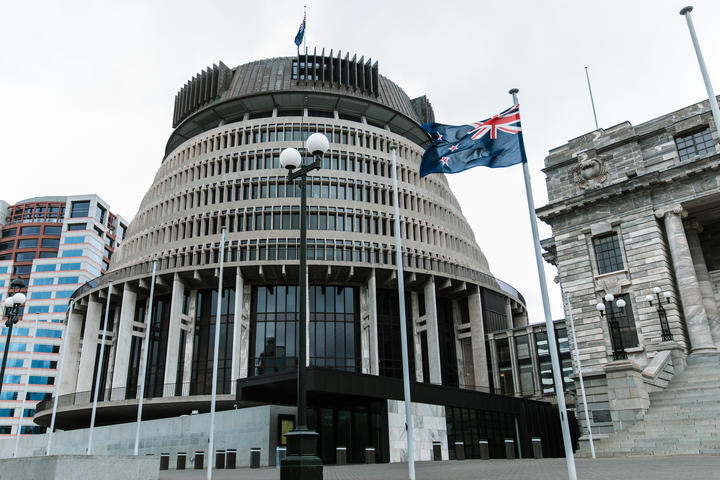 Canterbury University public policy academics Sonia Mazey and Jeremy Richardson have written a book, Policy Making Under Pressure, with contributions from former government ministers, including Bill English and Lianne Dalziel as well as senior public servants and political advisors which attempts to answer that question.

New Zealand’s response to Covid showed the good and the bad in policy making and planning, Richardson told Nine to Noon.

“Governments do not anticipate problems they react to problems when they arise on the political agenda.

“One expert before a parliamentary committee here in New Zealand, just after the start of Covid, said that we were caught with our pants down, that we were ill prepared.”

The government did catch up, he says.

“To use a footballing analogy, in the first half we played an absolute blinder, we closed the borders, we went into a severe lockdown, the most severe in the world probably and did extremely well.

And then when things got more complicated in the second half of the game, if you like with MIQ and the vaccination programme, the wheels have started to wobble if not fall off.”

Governments all over the world were warned a pandemic was inevitable, New Zealand was no exception he says.

“One New Zealand epidemiologist said to us that he had been preaching to empty halls for many, many years, that people didn't listen.

“There's a very long chain involved in getting policy from a proposal stage through Parliament, but then also implemented on the ground. It involves a lot of different actors.

“One of the things we've seen with Covid is that, actually, it's really important that those stakeholders are consulted, they are involved in the code design, as well as the delivery of things like the vaccine rollout, including iwi, community groups, GPs - it can't all be run from Wellington by the Minister of Health.”

More deliberation before formulating policy would help too, Richardson says.

“There's got to be much more deliberation and much more consultation, policies have got to be made at a much slower pace - in a sense that we rush to make solutions.

And we voters are probably partly to blame, we expect the government to do something and do it now. In the book, we quote an old saying, ‘Do you want it now, or do you want it right?’ And I think we voters have got to be patient and let politicians take time to consult business or GPs or environmentalists, they need to consult people who, as we put it, know where the shoe pinches before they come forward with policies.”

A world-wide trend where civil servants have become more politicised hinders good policy-making, they argue in the book.

“The Public Sector Act in 2020, does make some important recommendations about how we might do better at joining gap interdepartmental policymaking.

Historically we've been quite siloed in departments … but I do think that there's a need for public servants and also ministers to have much more training not just around the what their particular sector but in the policy process.”

They go one step further in the book suggesting ministers could be drawn from outside of political parties.

“It's a very, very small pool of talents. And that pool arrives in Parliament, not because of expertise in making public policy or analyzing public policy. They get there for all sorts of reasons.”

They see no reason why an expert in public health shouldn’t be health minister.

“But they would come into office, they'd become ministers because of what they know about that particular policy area.”

The opposite is often the case now, Richardson says.

“I do admire how they manage, even the worst performing minister, they have to master policy area that they knew absolutely nothing about on day one.”