Earth Detox: The chemical tsunami and how to deal with it

Chemicals are in our food, our water, the air we breathe and everything we touch. Last year an international team estimated there were 350,000 chemicals registered for production and use, but it's hard to say for sure, because tens of thousands are shrouded in secrecy.

It's a multi-trillion dollar industry - and it's only getting bigger. Julian Cribb is an author and science writer who says we've unleashed a chemical tsunami on the world, with catastrophic implications for humanity.

His book, Earth Detox, makes for grim reading. But it also offers some hope for how we can break free from chemicals. 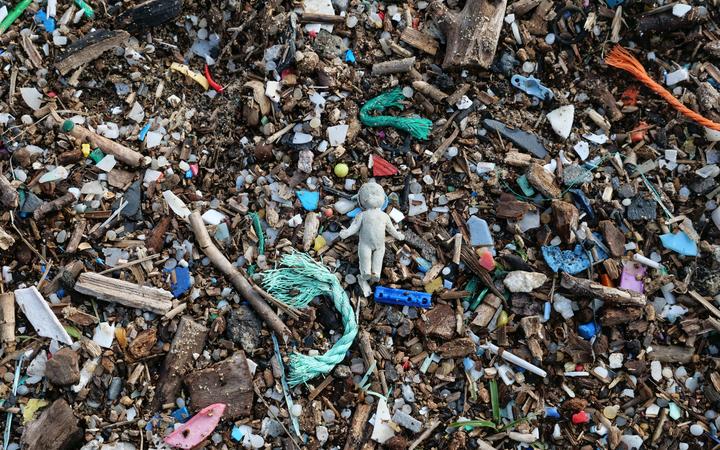 Cribb tells Nine to Noon that climate change is just one of ten ‘mega risks’ to humanity as a species.

“One of them is this chemical tsunami that we’ve unleashed on ourselves in the last 40 or 50 years. This is something no human before the mid-nineteenth century had to deal with, there were no artificial chemicals in the environment for the whole of the human race for the previous millions of years.

“This is something we’ve done to ourselves and its starting to have very untoward effects on our health and wellbeing. We need to tackle it with the same vigour that we’re tackling climate change.”

Knowledge of chemicals causing illness goes back at least as far as ancient Rome with medical textbooks showing evidence they knew about lead and mercury poisoning.

“That’s 2000 years we’ve been aware of led poisoning and we’ve only just, in the last 20 or 30 years, got lead out of general public usage in petrol and paint and so on.

“We’ve been aware of these things for a long, long time. We started seeing industrial poisoning on people who swept chimneys or made matchsticks in the nineteenth century and, of course, World War 1 brought in poison gas and, ever since then, it’s been a huge source of contamination throughout our environment which we are unwary, unwilling participants in.”

Another obvious one is asbestos which we’ve known can cause severe lung disease since the 1920s.

“It has taken us from then to now to try and get rid of asbestos in most societies, some societies still haven’t got rid of it. We’re very slow to react on these things and the problem is that we’re reacting to them one at a time when, in fact, there’s an avalanche of things.”

Cribb says we produce five times more chemicals than we do climate emissions each year and it kills ten times more people.

“It kills about four times as many as Covid-19 has killed. This is problem that is going absolutely out of sight. Like a submarine, you can’t see it but its there and it’s a menace.

“People are not aware of the scale of it, that’s the thing. People are conscious that chemicals are not good for you and you shouldn’t have too many of them, but they’re simply not aware of the bath that they are now exposed to day by day.” 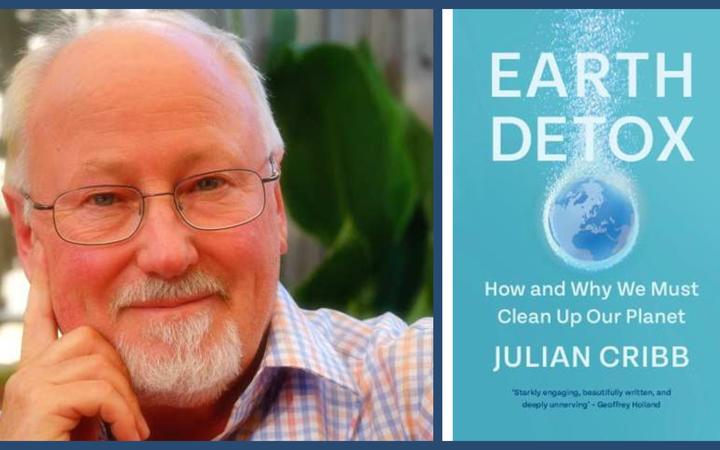 The World Health Organization estimates that roughly 13.7 million people die every year as a result of exposure to chemicals and diseases in their environment – around a quarter of all human deaths each year.

“It’s the biggest act of deliberate homicide that has ever taken place in human history. It’s far bigger than World War II. We’ve really got to start thinking about this issue and cleaning up the environment in which we live.”

“Plastic is a very good example of chemical pollution. It’s ubiquitous, it is in every single person. It’s in your brain, it’s in my brain. It’s in the baby’s poo when the baby comes out of its mother because the plastic particles are so tiny they’ve infiltrated through the mother’s food supply and her breathing into her blood supply and into the baby.

“The baby is already poisoned when it enters the world and this is a totally new phenomenon, we’re producing children who are already poisoned. And when they take their first drink of their mother’s milk, that drink contains pesticide.”

Cribb says there’s very little we can do about it apart from vote with our feet and stop consuming plastic products and petroleum.

“In the end, consumers control giant multinational corporations because, if they swing away from the products that those corporations sell, they’re sending the market a signal… with a 100 million other human beings, and people are forming those alliances, you can do an awful lot.”