Peppa Pig and new claims Boris Johnson flouted mask rules at a theatre are causing a headache for Tory MPs who are beginning to voice their discontent. 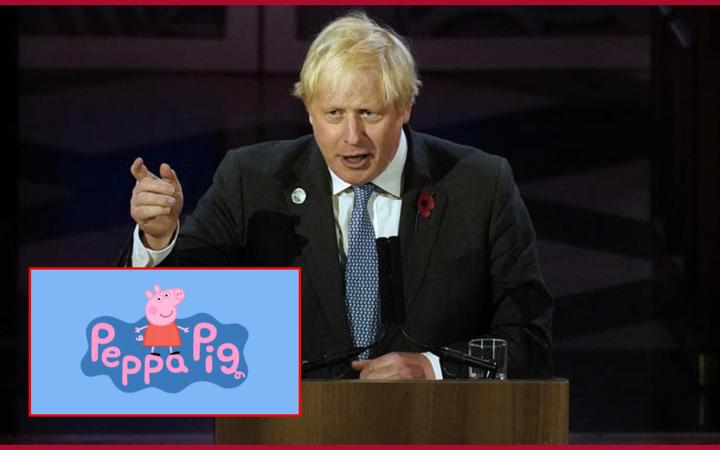 “It comes after the torrid weeks he’s had with scandals in his own party and fallout from the COP26 summit.

“It was a very rambling speech in which he kept on talking about his visit to Peppa Pig World which he went to with his wife and son on Sunday. He then compared himself to Moses and kept losing himself in his speech.”

Dathan says the speech isn’t just some party speech followed by drinks, it’s one of the most important speeches a Prime Minister makes.

“These business leaders were really not impressed coming out of that conference and various backbench Tory MPs have laid into Boris Johnson – the fallout has been quite significant.”

Fourteen letters of no confidence have from Tory MPs have been submitted since the speech.

“It’s a sign of how discontented MPs are at his performance.”

While Johnson is known for being a bit of a buffoon and enjoying a laugh, Dathan says it wasn’t the appropriate place for it and MPs are worried Johnson is increasingly distracted by other issues in the party.

“It’s a culmination of factors that have ended up in this terrible speech and kind of summed up how distracted and under-performing the Prime Minister is right now.

“Given his performance has gone further downhill, I think it’s going to cause a lot of concern.”

Johnson had another gaffe this week when he was spotted not wearing a mask at a theatre despite being asked to.

“He doesn’t help himself does he? It leads into this narrative that he’s an arrogant Tory who thinks he’s above the rules. It’s the narrative that the Labour Party have been trying to build.”

It’s further troubled by the fact that Johnson was seen not wearing a mask at hospital a few weeks ago.

“He didn’t apologise for that and he’s then been seen in a theatre which required masks throughout and was apparently coughing and spluttering and talking throughout. It plays into this narrative that he’s arrogant.”