Wellington writer John McCrystal has been interested in shipwrecks since he was a child, when at the age of six he first heard the tale of the General Grant, which struck the Auckland Islands in 1866 and went down laden with gold.

McCrystal became consumed by the prospect of uncovering sunken treasure, and has been fascinated by stories of nautical disasters and misadventures ever since. 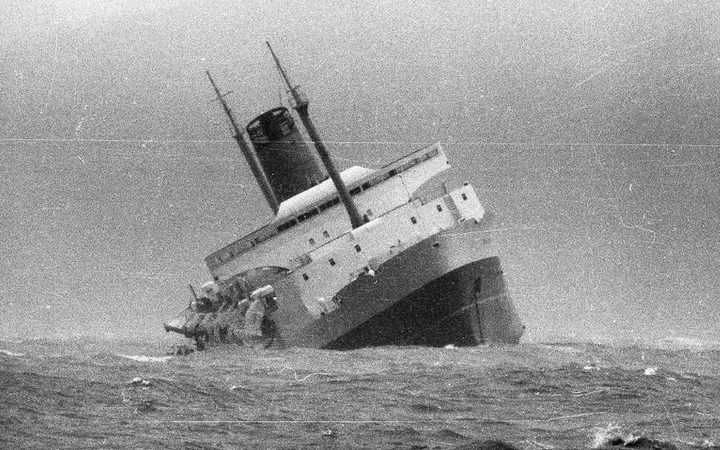 Wahine sinking in Wellington Harbour, 10 April 1968. Shows the boat leaning to one side, and another boat on the right. Taken by an unidentified Evening Post staff photographer. Photo: Alexander Turnbull Library/35mm-01149-29-F

There's the USS Indianapolis, regarded as the world's worst mass shark attack, the enduring mystery of the abandoned Mary Celeste, and the sinking of the Mignotte and the ensuing test case for the "law of necessity" and cannibalism at sea.

Closer to home, it includes the Wahine, the Mikhail Lermontov, and the Tararua - still New Zealand's worst civilian disaster at sea.

McCrystal talks to Kathryn Ryan about tales of mishap, misery, and the mysteries that have consumed our imaginations for decades.

He says he was first interested learning to dive and exploring shipwrecks to explore their treasures but, over the years, he’s realised the true treasures are the stories they tell.

“It’s almost impossible to have a ship go down anywhere in the world without a fair few decent stories coming out of it.”

McCrystal believes part of our fascination with wrecks comes from the vulnerability of being on the open ocean.

“Even those of us who love the sea have a fair dollop of respect and even dread of it because, when it cuts up rough, it reminds us that we’re not in our element.

“The expression that I used in the title, worse things happen at sea, came about as an expression because, no matter how bad we’ve got it, when things are going badly for people on the sea, they’re going about as badly as they can go for people in any circumstances in any time. It’s the worst-case scenario for us, finding ourselves in peril in the sea.”

He says people who find themselves in sinking ships face a number of decisions they need to make very quickly. Some are obvious, such as whether to jump overboard or stay on the ship, but others are complex moral choices which need to be made.

“You’ve been adrift in a lifeboat for days and days, everybody is on the point of expiring from thirst, hunger is looming so even if you’ve got a supply of water starvation becomes an issue. What do you do? Do you resort to cannibalism? These kinds of things. 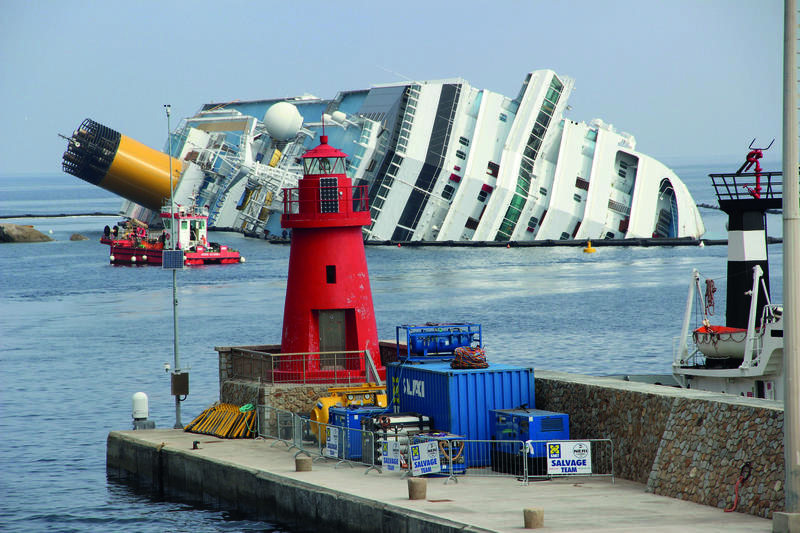 Costa Concordia from Porta Isola del Giglio, off which she lay. Credit: imageBroker/Alamy/FC2A4P 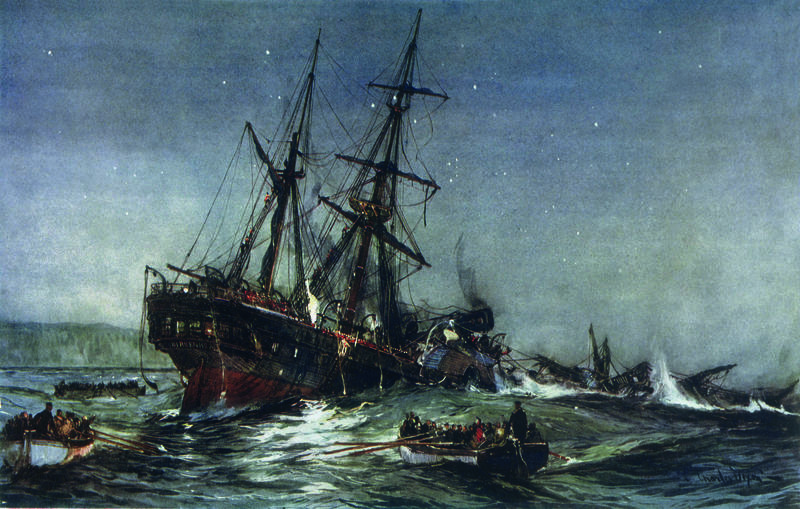 Painting by Charles Dixon of the lost moments of the HMS Birkenhead, with her bow section destroyed, her boats away and her funnel gone by the board. Credit: Alamy/G38A9Y 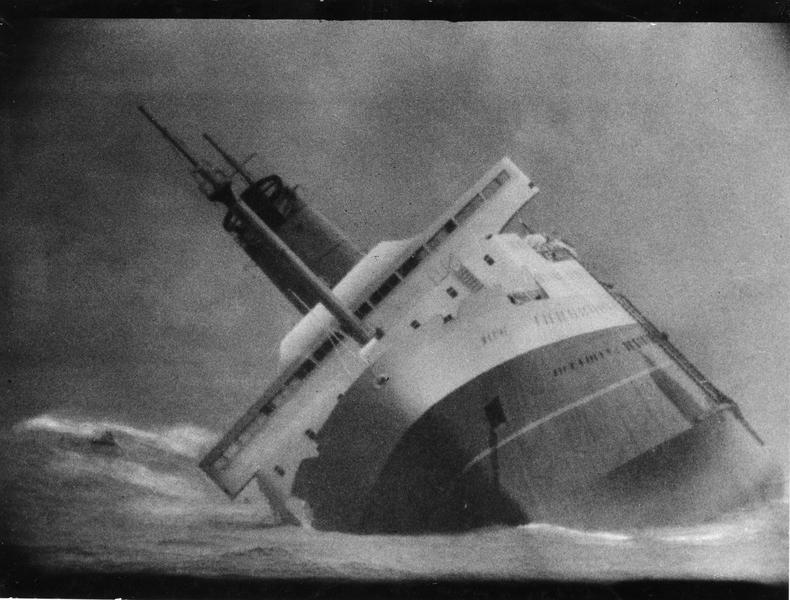 “Supposing there was one place on the lifeboat and four of you, would you be the person who stood aside? They’re the kinds of things you can ask yourself but you just don’t know until you find yourself in that situation.”

One of the stories in the book is about a mother aboard SS Penguin in 1909. The inter island ferry smashed into rocks and sank off the south coast of Wellington.

“She had faint misgivings along the way because, just as they were around French Pass, Pelorus Jack, a famous porpoise, appeared and played around the bow of the ship. Whilst everyone else was pretty pleased about this, she wasn’t, she thought this was a bad omen.”

She told her sister that she had a feeling they were going to sink but was told she was being ridiculous.

The ship, of course, did wreck, but she had an absolute conviction she would survive.

“She even went and got her watch and handbag from her cabin just after the order to abandon ship was given. She was put in the lifeboat with other women and children, as people were at that stage.” 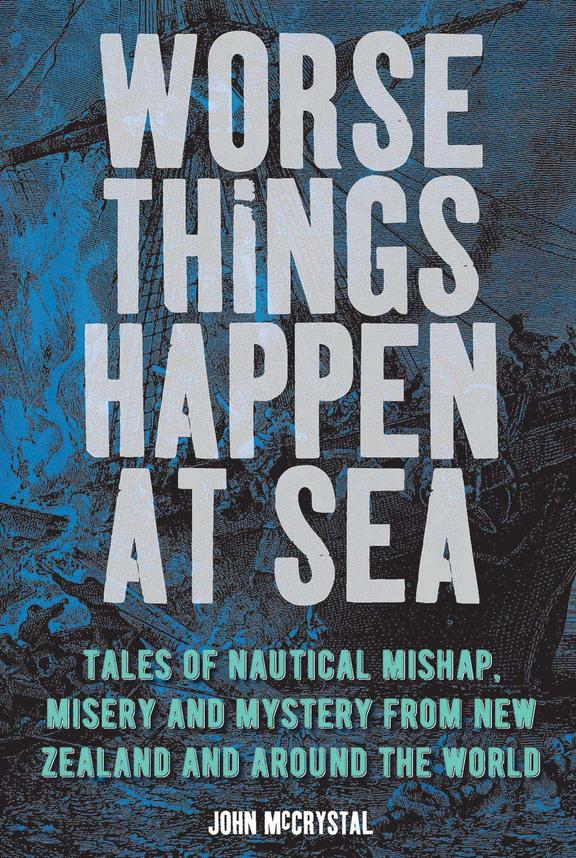 While the lifeboat was being suspended down, a rope broke and everyone ended up in the sea. She managed to keep hold of her two-year-old daughter Ruby and get back into the lifeboat which had been cut free.

Her husband, meanwhile, watched the entire affair from the deck of the ship and called out goodbye to her. She told the paper later she couldn’t say goodbye back because she thought it would undo him.

“She told him to cheer up of all things.”

The boat continued along trying to find clearer water but was capsized.

“She found herself with her baby underneath the boat with someone clinging to her legs and someone else grabbing her hair.”

She managed to get her baby onto one of the seats of the boat, the proceeded to drag up the person who was clinging to her legs. He turned out to be a young man who was the youngest person to survive the wreck.

“She got ashore and had lost all four children. Ruby, the baby she kept with her, didn’t survive. But she managed to save this young man. I get quite emotional talking about it because she was an ordinary person thrust into the most extraordinary circumstance and she found resources within herself.”

Along with stories of heroism like hers, there are stories of cowardice. One was of a man aboard the General Grant, a ship bound from Melbourne to London that wrecked in the sub-antarctic Auckland Islands, who managed to get himself onto a lifeboat and, according to survivors, wouldn’t look back at his wife and children still aboard the ship screaming for his help.

“One even went further and said he snatched a gold chain from around his wife’s neck before he jumped on the boat. So yes, some of us find great reserves of moral character, others not so much.”