Dick Frizzell on his love of the cosmos and new book

'The Sun is a Star' has been written by renowned New Zealand painter Dick Frizzell, who developed a life-long interest in cosmology after the Big Bang theory emerged as the most popular explanation for the origin of the universe in the early 60s.

The project started off as a kids' book, sparked by his granddaughter's sharing of her revelation that the sun was, indeed, a star.

Dick fully admits to, as he puts it, "conning" his artist friends and family into contributing, and was helped in his research by astronomer Samantha Lord.

The result is a colourful, scientific and often humourous look at everything from the Big Bang and black holes, to AI and nano-technology. 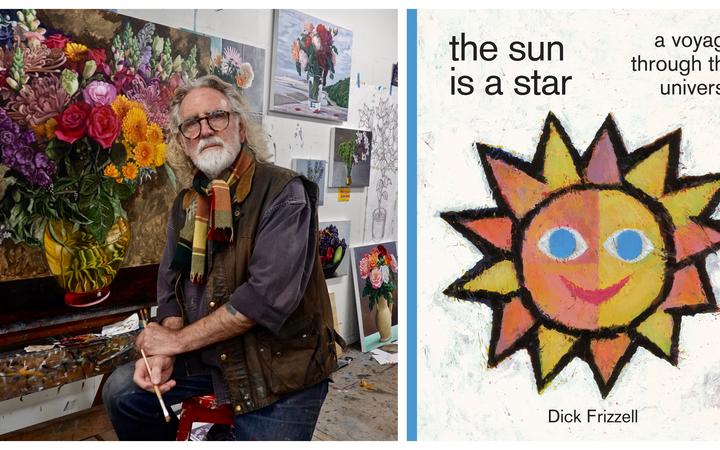