"Your breathing is the conductor of the orchestra. If you're not breathing well nothing will work in harmony," says physiotherapist Tania Clifton-Smith.

The breathing dysfunction specialist has 30 years’ experience and is co-founder, along with Dinah Bradley, of the first independent Breathing Pattern Disorders clinic in Australasia.

They developed the BradCliff breathing method to reduce stress, improve sleep, think clearly and improve performance in sports and at work.

Dr Clifton-Smith speaks with Kathryn Ryan about her new book How to Take a Breath. 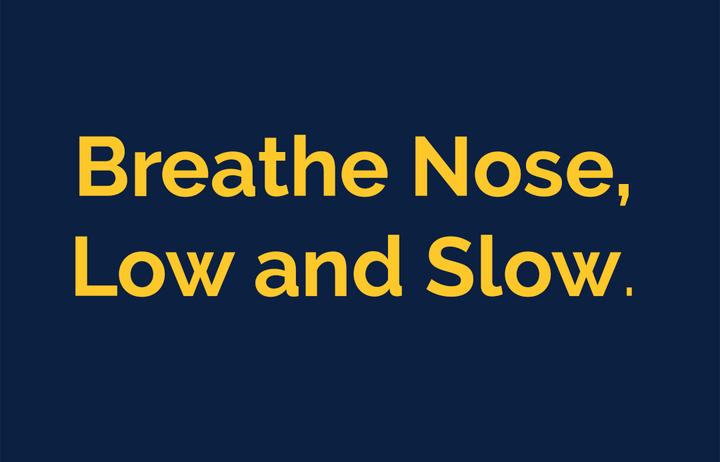 Dr Clifton-Smith got her introduction to how breathing helps early in her career in the UK, when the Kiwi worked alongside other specialists who were treating people, including politicians, actors, and singers, for stress-related disorders.

Then she joined forces with her colleague and established the BradCliff breathing method.

The first step in good practice of breathing is to check during the day on your body and understand how it's feeling when you're stressed, she says.

"[Have] little reminders to stop, feel your body, how tense are you, are your shoulders tight and tense, then feel your breath ... and then once you've calmed, tune up with yourself, 'am I working on the most important thing that I should be working at?' if you're at work or 'what am I feeling? What's going on?'

"So, it's stop, self-awareness, then follow the breath. Even if you're not doing it well, once you start to observe the breath, we know in science it actually takes you towards the relaxation chemicals in the body."

The next step is to check how you are breathing, which you can do by putting one hand on your upper chest and one on your abdomen, she says.

"What you do is you just feel your breath. Which hand is moving first and most, your upper or lower? And are you breathing with your nose or your mouth? If you wish, you could time yourself with breaths per minute.

"So at rest, breathing well for an adult should be in and out of your nose, your lower hand, so your belly, your abdomen, should be moving first and most, and your rate should be between say eight to 12 breaths per minute."

The BradCliff motto is to breathe through the nose, low (your abdomen moves first and most), and slow (exhaling slightly longer than inhaling).

Some tips for nasal breathing is to nasal rinse or go for a swim, she says. Although if you are doing activities like going for a long run or if you're sick, breathing through your mouth is at some points inevitable, she says.

"In the book, there's heaps of things about the checklist of going through as to figuring out why aren't you nasally breathing."

Importantly in correcting how you breath is figuring out the reasons behind why you can't nasal breathe, for example, or are breathless, she says.

"When someone comes in and says I can't breathe, it's so important to unpack what do you mean. Is it because you're unfit? Or is it because your lungs are tight and tense or are you so much in your mind that your nervous system has revved your breathing rate up?"

People with pre-existing conditions that affect breathing may still be able correct their pattern with guidance, but getting a professional assessment first is highly recommended, she says.

"I would always say should you have a problem, please go and see a medical health professional that is an expert in this field because if you start doing something wrong, it can have catastrophic effects."

You can also check if you're engaging in screen apnea, which is holding your breath while engaged on your laptop or phone, she says.

"Just pretend you're sitting at the computer or you're on phone and start typing really, really fast or start texting, and you go, go, go, go, go, then stop.

"Feel what has happened to your body and your breath. What you should notice is often that people have held their breath, and they've held it on the inhale, which then tightens all the neck and shoulder muscles which are the rescue breathing muscles and that then leads to a change in the biochemistry.

"Originally, you actually retain oxygen, but over time you drop it, so you end up with these dips in your oxygen over a day ... and it's not good, it is so unhealthy."

When we're breathing well, the autonomic nervous system is in a 'green' state, which is rest, digest, calm, she says. In comparison, over-breathing can trigger more adrenaline and switch on stress hormones, putting the nervous system in a 'red' state.

"I see a lot of teenagers with anxiety ... when they learn to breathe well or do what we call rescue breathing, they can actually turn the system down themselves, that it is also very much a biomechanical and physiological function versus just thought."

She also gives teens a breathing tip before going into exams - firstly, feel your feet to loosen up the shoulders, then breath out, and back in through the nose, low and slow and repeat the process before turning over the page to start.

"And what that does is it just retains some of the CO2 back into the body that starts to stabilise that red and green I was talking about, so it tends to take the body back into the green."

For athletes, the same principles apply in learning firstly how to breathe well while at rest and then breathing with movement, she says.

"If you breathe well when you move well, you save a lot of energy. It's much more energy efficient and then obviously for an athlete it is sports specific. So you've got all the different phases when you're looking at sport that are considered.

"Another really groovy thing we do is called respiratory muscle training, where you actually work on strengthening the diaphragm muscle, because it is a massive muscle and it's the only skeletal muscle designed to work 24 hours a day, and if that is strong, it creates a really good pump."

Breathing well through the diaphragm actually cleans the immune system, she says.

"Literally the mechanics of breathing well cleans the brain, makes you have a robust lymphatic system, good for movement, very good for voice and gut health."

Regarding the pandemic, research has shown that mask-wearing in the pandemic is not affecting oxygen or CO2 intake or output, she says.

"What happens though is when people put a mask on, they feel claustrophobic and start mouth breathing. Therein lies the problem.

"So, we've actually got a video where we teach individuals how to breathe well using a mask."