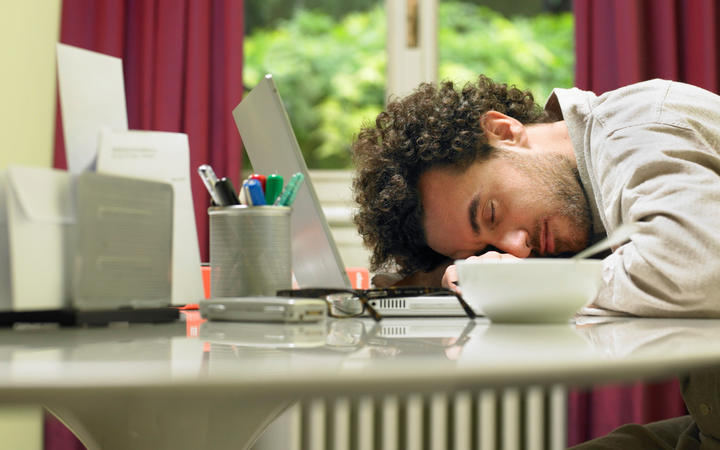 Close to 90 percent of businesses had made it clear staff should stay home when they were sick, but 62 percent reported sick staff working from home, Astwick said.

Never has work and home life been so intertwined, which brought with it risk, he said.

“We see lot of businesses reporting a lot more stress in their employees from a combination of some isolation at home, but also some increased risk levels - Covid-related, work level-related - and so this is culminating in a bit of a challenge for the health and well-being of some of the workforce."

There remained a “soldiering on” mentality among some of the workforce, he said.

“So, the combination of the ability to be able to work at home, the soldiering on mentality and high workloads means that that's probably what's driving the rise and working from home when you're sick.”

Psychological safety at home was also an increasing concern, he said.

“Twenty percent of employees are saying that loneliness and disconnection to an organisation is one of the risks that they're trying to manage.”

Businesses were making efforts to connect with such employees, he said.

“They're investing the time and effort to make sure that they're connected. And being very purposeful and making sure that happens because that is the number one risk that a lot of businesses are facing - an isolated and anxious employee.”

It made financial sense for businesses to be on top of sickness, he said.

Employees getting well fast was good for the individual and the business, he added.

“But what I would say, while there's always a cost of absenteeism our report suggested about $1.85 billion a year, having long term absenteeism, not fixing short term sickness quickly, and having an unwell organisation actually is a bigger cost over the long term.”