Landscape gardener Xanthe White is with us this spring day - with some tips on how to keep the costs of gardening down. 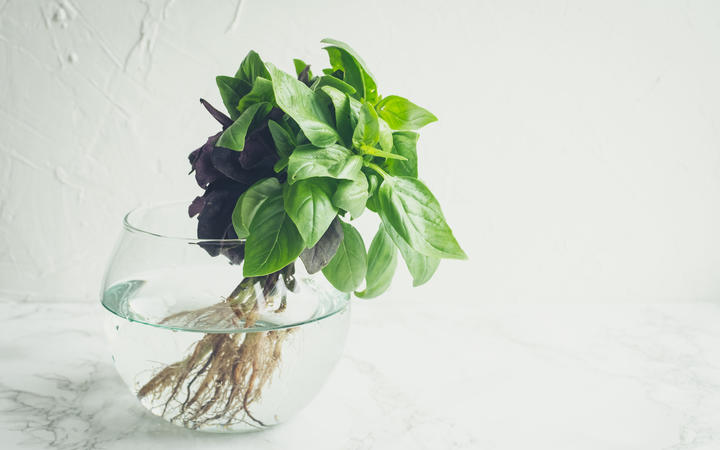 "I think a lot of people are really familiar with seeds, I think seeds are something that we can go to the garden centre and buy, and we're used to buying things that we need. But one of the real magical things is just taking cuttings.

"So taking a cutting is something people find quite intimidating ... one of the things I always think is most important for people to understand gardening is not what to do but how it all works. 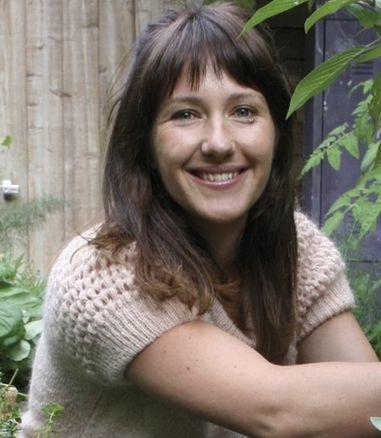 "When you look at the stem of the plant, you need to look at it and see it basically like a toop, where the water and all the nutrients and hormones and all the things that make the plant grow, are coming up through that central shoot."

"When you want to plant to make a rooting system, and you can do this to stimulate growth ... you cut a piece of stem below a node, the plant hormones from the top of the plant come back down and hit that node and they try and keep going and the node says 'there's nothing below, send out roots if you can'.

"The plant recognises it's been detached from the parent plant and it's designed to send out roots."

If you want to take a cutting to create a new root, White recommends observing the position of nodes, so that you have one node to go into the soil or water and a couple of nodes above to become the new plant.

"You're taking the tip of the plant, you're counting down, one, two, three nodes and cutting potentially four but no more than that because you want to keep it simple for the plant.

"Cutting it just below that [fourth] node, so you don't have any waste material below.

"The reason you want just a little bit below it is because if you have a long bit below, that's just going to rot and if you've got your cutting in water and that rots, it becomes potential for decay and it's another part of the lifecycle."

It's also important to remove leaves, she says.

"When [a plant cutting is] trying to develop a root system, you want it to focus on that.

"You can leave a couple of shoots at the top, couple of little leaves, but definitely take [off] any that's going below the water line or soil line, once again that's decaying matter."

The next step will be to maintain growth and nutrient flow as well as changing the water daily, she says.

"When we start our cuttings, the easiest way to learn about cuttings is to do it in a glass jar with water in it, nothing else, because ... we can actually see those roots start to form.

"But we can grow cuttings in soil as well. The cutting that grows in water will have softer roots.

"So when we take them out of that water, we have kind of make sure we have a good inch and a half of root growth happening down there and we have to be very gentle with them when we put them in a soil medium afterwards."

The best time to be moving plants around is when they're dormant, she says.

Rooting hormones, which tell the plant node to form the rooting system, can be used as support for newly transplanted cuttings, she says.

"So, if you break a piece of a willow tree off and put it into water, they will release so much rooting hormone in that process that then becomes an affordable rooting hormone that you can use."

White says some of the easier plant cuttings for novice gardeners can be hydrangeas, roses, basil, and rosemary.