Lydia O'Donnell is proud to say that she runs like a girl.

The Nike Pacific head running coach is an advocate for a more female-centred approach to running that takes into account women's physiology and menstrual cycle. 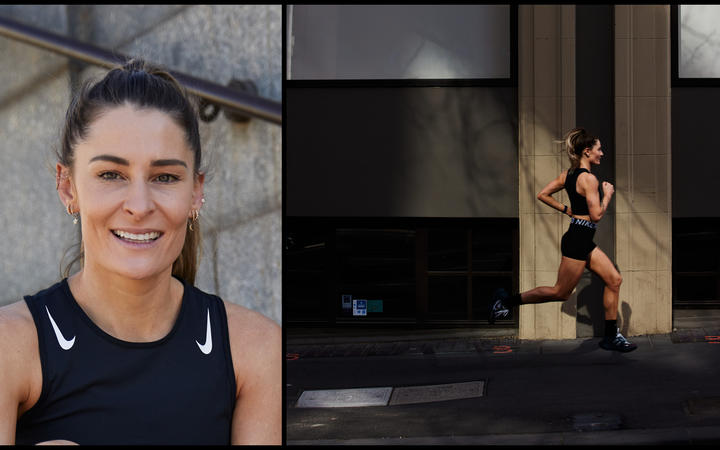 O'Donnell tells Kathryn Ryan that as an athlete in her early 20s, she put a lot of pressure on herself, training too hard and restricting her diet to try and look how she thought she should look.

She was trying to be a superwoman but eventually found herself in a state of exhaustion known as RED-S.

One of the signs from O'Donnell's body that she needed to slow down was losing her period for nine months, but at the time she didn't even think that was a bad thing.

"I grew up in a world where losing your period was almost seen as a sign that you were training hard enough and performing well enough … it was almost like if you lost your period you were doing really well. We didn't realise at the time how detrimental that could be to our performance but also our overall health."

In the 18 months to 2 years it took O'Donnell to feel and perform better, she learned a lot about hormone health and tuning into what was right for her body via Dr Stacy Sims' book ROAR. (She also recommends Sims' online course Menopause for Athletes)

While menstruation is often viewed as a nuisance by female athletes, O'Donnell says, she now understands that knowledge of its effects can be used to a female athlete's advantage.

The optimum time for women to train hard with short fast reps is in the follicular phase of the menstrual cycle, which starts on the first day of menstruation and ends with ovulation on day 14, she says.

"Because your hormones are so low you're able to reach high intensities a lot easier and access fuel stores a lot easier, as well.

"I now get excited about getting my period 'cause I know that I can train a little bit harder."

The luteal phase of the cycle, which occurs in the 12 to 14 days after ovulation, is the time to focus more on endurance work and form and take out intensity, O'Donnell says. It's also when women are more likely to struggle with their mental health.

While High-Intensity Interval Training, or HIIT training, can be time-efficient and feel good, doing it every day is detrimental to women's hormone health, Lydia says.

"I'm not saying don't do it all. If you're a runner do it in your running sessions, if [you're doing it] at the gym do it once or twice a week."

Recently Lydia O'Donnell collaborated with Nike on a women's training programme for their Nike Run Club app and last year she co-founded Femmi - a team of female running coaches who create specialised running plans for women based on their menstrual cycles.