Wellington speech and language therapist Christian Wright explains childhood apraxia of speech, where some children have difficulty putting sounds and syllables together. 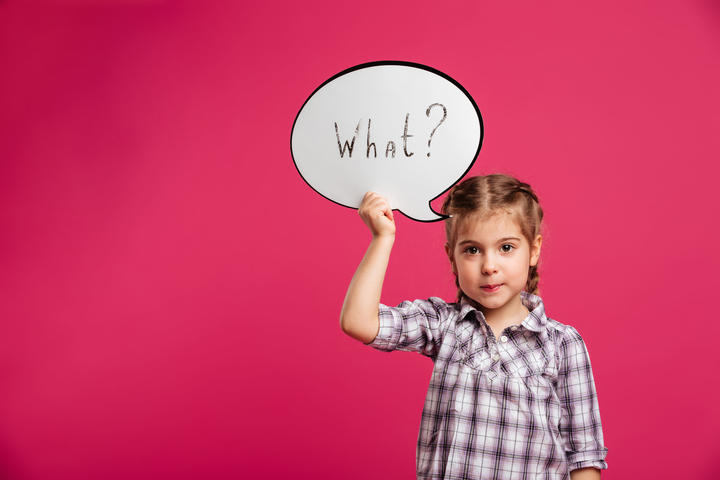 The condition is very rare he told Kathryn Ryan. And has three distinguishing features.

The first, he says, is inconsistency.

"These are the kids when they are trying to speak and put sounds and syllables together find it very hard to be consistent, because they're having enormous difficulty coordinating the plans to move the speech musculature of the mouth - your tongue, your lips and your jaw."

The messages that the brain is sending are getting disrupted and confused, Wright says.

"These transitions often they take longer than normal, they become disrupted. Their speech doesn't feel very continuous. There's no good flow to it, it's stilted and feels like they're producing it syllable by syllable."

The third feature is prosody which is where we put stresses, the pitch and rhythm of speech.

"These children have very unusual prosody. Maybe their stress is very even across the speech, and the rhythm is quite broken.

"So, it creates a monotone robotic sort of feel to the speech. "

Other presentations may be making mistakes with longer, more complex words and syllables, poor vowel accuracy and tongue coordination problems, he says.

"They sometimes have these tongue-lip groping kind of behaviors where you can see as they're trying to imitate this speech that their tongue is worming around in the mouth and, their lips are not sure whether to close or open or to make a flat shape or a round shape.

"So, it looks very inconsistent this sort of reaching for these sounds and these words."

It is a difficult condition to diagnose, he says, but signs can appear at age two to three years.

"If we think about those early signs, it's things like in that two to three-year age group, they've got a very limited range of consonants.

"Parents would often feel as though they don't seem to make a lot of sounds. And the sounds they do they're usually Ps or Bs or Ds or Ms, some of those lip together sounds that you see right at the beginning."

It is very frustrating for the child, Wright says.

"It's really frustrating for them, it's really heartbreaking for parents, because every parent wants to see their child succeed and win at the things they're trying."

The underlying issue with childhood apraxia of speech is neurological, he says.

"This means it is difficult for the child to choose and sequence the blueprints that are telling their speech muscles - their tongue, lips, jaw - which direction to move, how quickly, how long with how much pressure.

"They find it impossible to pull together, these motor plans to then produce speech that their peers seem to be doing so effortlessly."

Such children will often compensate, he says.

"These kids will develop signs and gestures to try and communicate because in many cases, their cognition is normal and they're trapped, literally, in their speech."

Treatments are available tailored to the severity of the condition, Wright says.

"Children who have mild childhood apraxia of speech, they're usually slow to develop their first words, their word acquisition is also slower. So, it looks a bit like a language delay.

"But also, they characteristically have fewer sounds than their peers and they make far more sound errors. And as they get older, their intelligibility becomes an issue."

Later, children with a mild version of the condition will have trouble learning new multi syllabic words and can sound flat and monotone, he says.

"The young kids who have moderate childhood apraxia of speech often only have a few words, they're often using gestures and signs when they're trying to communicate as they get older.

"Their intelligibility is very much decreased in their sentences and their conversational speech because of all the speech errors, and they sound very slow and effortful when they're talking, almost like a robot."

In severe cases children may not speak at all, he says.

"So when I'm sitting in my clinic playing with a child, I'm thinking, you're not speaking at all. So what's going on? Is it a language delay or disorder? Is it a severe speech or sound issue? Is it childhood apraxia of speech? Are you on the autism spectrum? There's lots of things you're thinking when you're looking at someone who's not speaking."

In such cases their sound repertoire is "completely choked", he says.

"It's often down to maybe one or two sounds often an M, because it's easy to bring your lips together and hum.

"And they are heavily relying on gestures at that point."

Therapy in severe cases is him helping children "stitch together neurological plans to be able to generate intelligible speech."

He also works with parents to keep them buoyant.

"I'm always focused on the family, and the parents. We do get there, we generally do get there. And we literally drag the kid most of the time kicking and screaming there because, understandably, humans don't like giving a lot of effort for seemingly very little return."

He uses video as a tool to measure progress, he says.

"Sometimes we do video of speech and go back and go, 'whoa, look how you were talking'. You know look how you're talking now, because you lose perspective on it with the time that it takes."