The habits of creative and successful people

The author of 11 international best sellers has released his latest book, Everyday Hero Manifesto, where reveals the habits that have helped successful people excel. 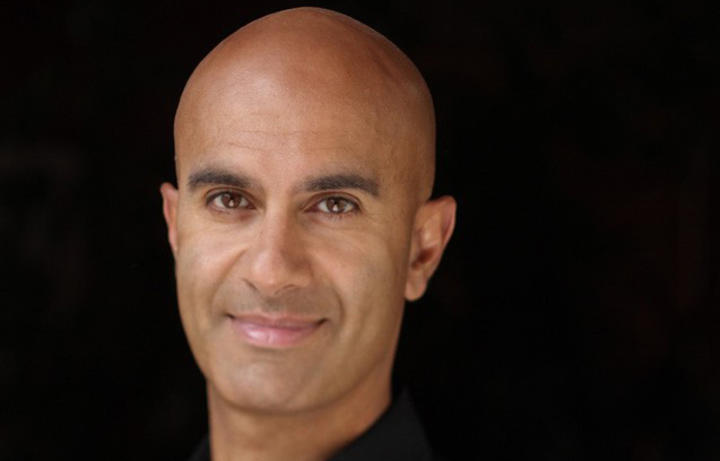 Sharma tells Kathryn Ryan we can all achieve heroism in our own way, without it needing it to be on the scale of figures like Nelson Mandela, Mother Teresa, or Rosa Parks.

"If we do that, I call them everyday hero.

"But we all, and I say this with great respect, come up with excuses - we say we don't have enough time or look at the world right now, or there's too much on my plate at work or my home life is really busy.

"Yet I believe we can change the world or make excuses; we don't get to do both.

"One of the biggest [traits of successful leaders] is they just don't make excuses, they have an incredible bias towards action."

Sharma suggests doing micro acts of bravery, like going the extra mile in a workout or speaking up, to overcome mental blocks and enforce the 'can do' mindset.

"Micro acts of bravery when done consistently over time start to hardwire us not only neurobiologically, but emotionally, it starts hardwire us into becoming stronger more successful people.

"Each day just do something that you're uncomfortable to do because our society says build your life around comfort.

"Discomfort is nothing more than your growth coming to get you, not embracing discomfort, not leaning into discomfort is going to cause you to get to the last hour of your last day and feel you've lived a life of great regret."

The 'can't do' mentality is often a characteristic of the victim mindset and of someone trapped in their past due to some trauma, he says.

"We build up what I call this field of hurt and I think it's this well of trauma that's built up that causes us to live in the past versus living a much more free life."

The difference between victims and leaders is the former is frightened by change while the latter is inspired by it, he says.

"Once you prepare yourself [by managing yourself], then you use each day as a platform to lead your people, to inspire your people, to bring value to innovate and try to find ways to thrive."

In his book, Sharma outlines several ways in which you can take control of your life and aspire towards change using successful people's habits, such as waking up at 5am, spending time on yourself first thing, and connecting to nature or exercising after work.

"You take 60 minutes to read or meditate, or exercise, or write in a journal, or visualise, by 6 o'clock you feel profoundly different. The way you begin your day sets up the way your day unfolds.

"So I not only recommend you begin your day with exercise which is really a needle mover, but there's this second win workout concept.

"[Doing a second round of exercise gives you] more energy but it will also increase your willpower so when you get home you're much more present with your family, you can make better choices rather than watching anything negative or surfing the internet or just zoning out on social media."

He also suggests building your life around five big priorities and this could anything like family or personal development.

Society has brainwashed us into believing success is having a lot of possessions or to give meaning to trivial things, he says.

"Success without soulfulness is a very empty victory.

"It's not only [about having] a high net worth and success in your work, but it's also family relationships and a great circle of people around you who inspire you and challenge you.

"My father used to say to me, 'Robin when you were born, you cried while the world rejoiced'. He said 'son, live your life in such a way that when you die, the world cries while you rejoice'.

"That's a key part of success, it's living a way that make the lives other people better."