Magic Beans was set up five years ago by Anneliese Hough as a way people in the Hawke’s Bay region could trade the food from their gardens, with no money involved.

It's run via a very popular Facebook page, but Anneliese wants to make it bigger.

So she and business partner Sarah Grant have sought to develop it as an app - which would allow it to operate all over New Zealand - and possibly even further afield. 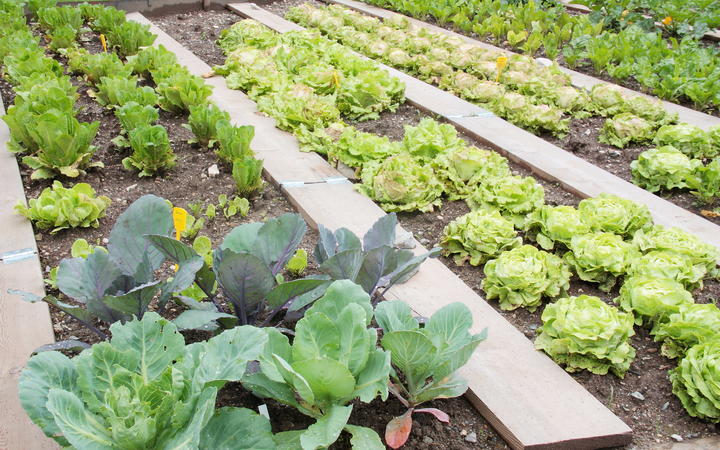 An avid foodie, Anneliese initially started off small, swapping and sharing from her veggie garden with neighbours and friends.

"At the end of 2015, beginning of 2016, I thought maybe there are other people who want to do this too, so I set up this facebook page called Magic Beans, thinking maybe a bunch of my friends and their friends would jump on and we'd have a slightly bigger network."

The response has been unexpected, she says.

"But overnight, it jumped to 200 members and by the end of the first week it was 800, and it just kept growing and it's still growing on facebook. I think we're sitting at about 3200 [members now]."

"When you think that's just in Hawke's bay and that's a whole bunch of people who are interested in growing food, reducing waste and connecting as a community, I mean that's pretty amazing."

The facebook group is a closed one and the admins - Sarah and Anneliese - don't facilitate the swaps.

"[We] always kept strict rules on how it happened, what people could and couldn't do, just to keep the vibe and concept true," Anneliese says.

Sarah herself has a strong interest in sustainability - having installed solar power at her house, a rainwater collection system, chooks in the backyard, a veggie garden and fruit trees.

"I do several different types of composting, so I haven't sent any organic waste to landfill in a long time in many years.

"I feed me and my two little girls quite well from our garden, we do supplement from purchased food at the moment of course but we're always looking to grow more of our own food which helps with our budget, health and sustainability."

She says she wants to see change in the food production because the current system is inefficient.

"We need to have a societal shift to the way food is produced and shared within communities.

"What we're aiming for is not for people to grow all of their own food, but we want people to crowdsource their food essentially within communities ... to reduce the amount of food that travels long distances from where its produced to where its consumed."

The group is now on the cusp of big change, with a Pledge Me campaign set up for their next platform, Anneliese says.

"The bigger the group has got, and the more time has gone by, we can see that facebook isn't the most effective platform.

"Also we've been asked to set up Magic Beans in multiple locations around New Zealand and overseas as well and it's just not possible to do as volunteers on facebook.

"We have been working on this [new platform] together, Sarah and I, for the last nine months or so.

They've got the systems and structures in place but not the financial resources to roll out the new platform, Sarah says.

"We really hope to be able to launch in New Zealand this coming summer and to rollout worldwide shortly after, so throughout the next few years we want to global.

"So we're really asking Kiwis to support us and help by pledging to get over that first hurdle."