10,000 pairs of shoes for children in the Pacific

An Auckland man inspired by his late mother's charitable work has donated 10,000 pairs of shoes to children in the Pacific.

Frazer Mataitonga has been continuing the work of his mother Akanesi, who used to fly to New Zealand and Australia to collect supplies she would bring home for poor and disabled people in Tonga.

Along with his brother and sister, Frazer has set up the Akanesi Mataitonga Trust, which supports communities in the Pacific with education and health care. 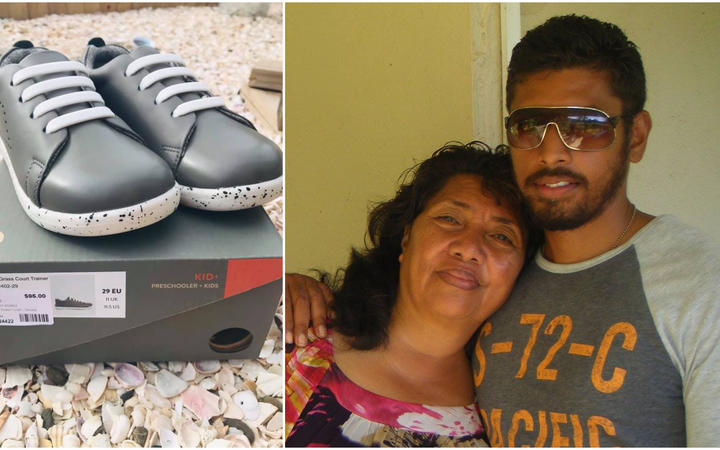 Mataitonga tells Nine to Noon his mother taught her family everyone had a purpose in life – and he and his siblings feel their calling is to help the less fortunate.

“To us, [Akanesi] was just different. The thing that stuck with us was she always gave to others that are struggling. And one thing she taught myself, my brother and sister was that there’s always room to help, don’t just think about yourself.

“We mainly set up the Trust in the name of our mum just to keep her name going. Unfortunately, she passed away quite sudden and very unexpected.

“For me, personally, I wasn’t ready to let go. I wanted her name to keep going.”

Mataitonga says his mother’s influence has also guided him through the variety of work he’s done, as a serviceman with the British Army in Afghanistan, a teacher and a police officer.

“My mum has always been a part of my journey, apart from [during] the last stages of my career.

“She was quite devastated [when I joined the Army] because she knew I was going to a lot of warzones. But I think at the back of her mind, she was quite happy that I was doing it, just to help others out there in Afghanistan and Iraq.”

The Akanesi Mataitonga Trust's latest project was helping to deliver 10,000 pairs of shoes - donated by the NZ company Bobux - to children in Niue, Samoa, Tonga, Fiji, Cook Islands and Tokelau.

They have also donated hospital beds, medical supplies and a Covid-19 testing machine and helped rebuild schools and renovate houses.

“So we set up a challenge for myself to do which was attacking the Tongariro Northern circuit just to raise money to help fund the shipping to these islands,” Mataitonga says.

“Niue has been really, really vocal in the appreciation they’ve got with their shoes.

“We’ve had a letter personally from the Niue government showing their appreciation. It really means a lot to know where these shoes are going is much appreciated.”

The Trust’s work has all been carried out thanks to a team effort by people in New Zealand and the Pacific, including generous donations from the public or organisations, Mataitonga says.