Five years ago Jacinta Tynan's relationship ended and she suddenly found herself raising her two young sons on her own.

The Australian journalist, broadcaster and columnist says despite the challenges, single motherhood can also be a gift.

Tynan's new book The Single Mother's Social Club looks at single parenting as an opportunity to reassess and recreate your life, and find strength you never knew you had.

She's interviewed dozens of other single mothers; whether widowed, divorced, or parenting solo by choice, and put together advice for not just surviving but embracing single parenthood. 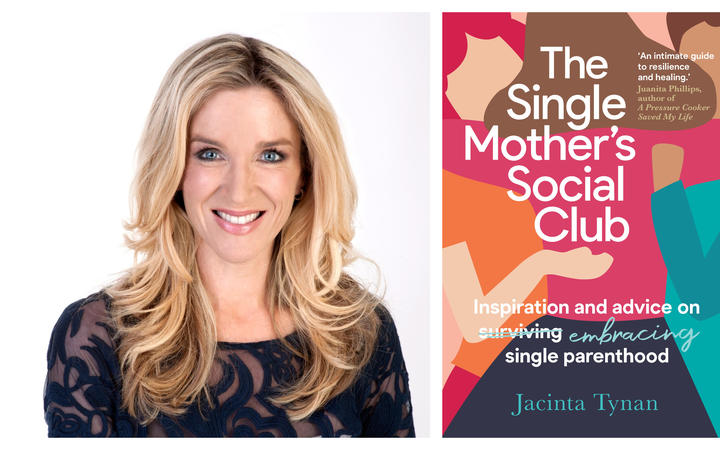 “The thing that we all have in common is that at some point, life hasn't gone the way we expected. And things can come crashing down around you and life feels like it's falling apart.

“And so, in that is where it binds all of the single motherhood experience, because it's an opportunity, and that's what I write about in the book, to actually reassess and decide where you want your life to go from here,” she told Kathryn Ryan.

The trick is not to run from reality, she says.

“To not be sitting in victimhood or saying it's everyone else's fault that I'm here, or that necessarily this is a bad thing.

“But it's that opportunity to look around and say, ‘well where am I going to create from here? And how did I get here in the first place?’ So that you can see your role and then you get a chance to start again. And not everybody gets to start again.”
Despite the hurdles it entails, single motherhood offers gifts, she says.

“Life is not gonna look like it once did, the logistics are tougher. But there are also wonderful gifts in single motherhood. That's why I wrote the book because I wanted to capture that side of it. I even have a chapter called ‘the upsides’.

“Some of those things are having autonomy for the first time.”

The women she spoke to cited this as common upside, she says.

“It's being able to determine the temperament of your home like a thermostat, you get to decide this is how it's going to be in our home and maybe you haven't been able to do that before.”

A universal downside, she says, was loneliness.

“The loneliness is really interesting because again it's seems to be a universal theme with single motherhood. People talk about loneliness being an affliction of the elderly, and it is, and we need to look out for the elderly.

“But the single mothers and single parents, I guess, seem to be forgotten in all of this, it can be a really tough time.”

Co-parents can struggle when the children are with the other partner, she says.

“When your kids go to the other parent … you're left in an empty house rattling around and it can be overwhelming, it can be a crushing loneliness, like a deep, dark impenetrable fog.

“One woman I interviewed talked about smelling her kids pillows, which is just such a heart-breaking image. And another woman talks about the deafening silence when her two boys ran out the door to be with, in her case, with their other mother.”

Loneliness can also happen when the kids are around, she says.

Nevertheless, strong bonds can develop for single parenting, she says.

“It’s you and them and that is a really wonderful opportunity that a lot of people in nuclear families don't get because their attention is divided.”

Time alone is also time to work on yourself, she says.

“Solitude is a wonderful opportunity, it's a chance to reconnect with yourself and remember who that woman was before you had kids and before you went through whatever reckoning it was that brought you here, and then it's only from there that you can recreate from a positive place.”

Women in nuclear families don't always get that opportunity, she says.

“So if we're talking about loneliness, for example, rather than running from it, because our instinct is to run from those uncomfortable feelings and cover up however we can, whether it's with alcohol, or Netflix, or reading or ringing a friend and ranting to them, whatever it is, instead, just sit with it.

She says doing this work is driven by her desire to create a better life for her children.

“I actually dedicate my book to my two boys and I say thank you for being my reason and that's because kids are your reason, they’re the incentive you need to make a shift.”