Beachcombing the seashores of the Southern Hemisphere

So many objects and species can be found washed up on the sea shore and they all tell stories about life, death and the dynamic processes of the sea, says marine biologist Ceridwen Fraser.

Fraser has written Beachcombing - A guide to the seashores of the Southern Hemisphere to help people know what to look for, and what they can learn from their discoveries. 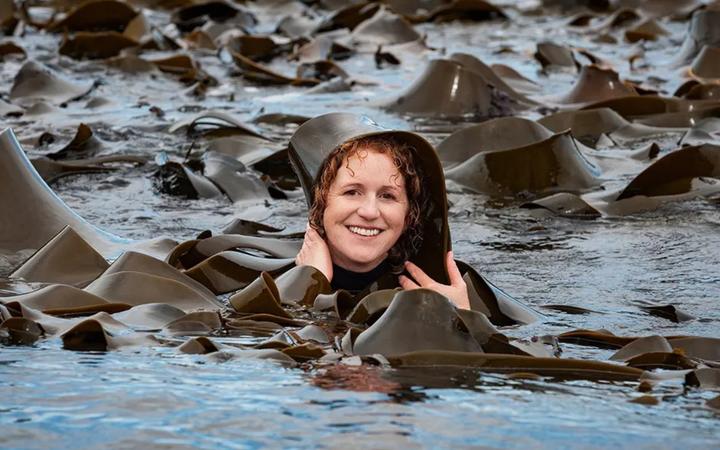 Fraser says Dunedin was the best place for her to explore the dynamic ecosystem, with lots to discover, including some things that wash up from as far as South America.

“We find a lot of things turning up on beaches in New Zealand that have originated in Australia or even further afield like South America.

“There’s been pumice for example washing up on beaches in New Zealand that’s come from volcanic eruptions over near South America.”

Floating seaweed is another one that can travel phenomenal distances at sea.

Genomic analysis on bull kelp has shown it can travel more than 25,000km at sea, and carry all sorts of marine life in its holdfast, like snails and crabs, Fraser says.

Some may be trivial finds, but 20 years ago, ambergris could set you up for life, Fraser says.

It’s a rare lump, which looks like a rock with a white-ish crust, that is formed in the guts of only about 1-5 percent of sperm whales.

“It’s very valuable because we use it in things like perfumes to help enhance the scent and make it last for longer.

“Most squid beaks are vomited out of the whale but some of them pass through into the gut and when that happens it irritates the gut and it forms a sort of lump of mucus, which collects bacteria, which festers in the nice warm environment of the whale’s gut and eventually gets pooed out or excreted out through the back end and that can wash up on beaches.

“Ten to 15 years ago, they managed to find a way to synthesise to make fake ambergris so it’s not quite as valuable as it used to be. But a good lump could still fetch you tens of thousands of dollars.”

Fraser says one way to test whether it was ambergris was to poke it with a heated pin and see if it comes out tacky, with some residue like molasses.

You could also come across worms of all shapes and sizes, including polychaetes (or bristle) worms with hairs coming out of their sides, roundish ones that look like slaters, or elaborate ones with long flowing colourful tentacles.

“One you get into the polychaetes world there’s really no end to the amazing shapes and colours and lifestyles of worms.

“There’s worms that are like something out of a science fiction movie, like Dune, which are huge predators with jaws that leap out of holes and snap live prey as they go past.”

But among the interesting marine life, there was also an increasing amount of plastic appearing in the ocean, Fraser says.

“For example, in the Pacific we have circulating water from north, south, and west to east, in the southern part, and it accumulates the garbage in patches or islands and all it takes is large onshore storm to bring a lot of that plastic up onto the coast.”

There’s even a theory as to why sometimes you’ll find just one of a pair of shoes washed up, she says.

It is believed the wind pushes objects with reflective shapes in different directions, she says.

“But it also helps with some animals that can use that to make sure they disperse in different directions.

“So bluebottles for example have a balloon-like sail that sits above the surface of the ocean and some of them have the sail twisting in one way and some of them have it twisting the other way, and that means when the wind blows they head off in different directions so they can maximise their chance of survival.” 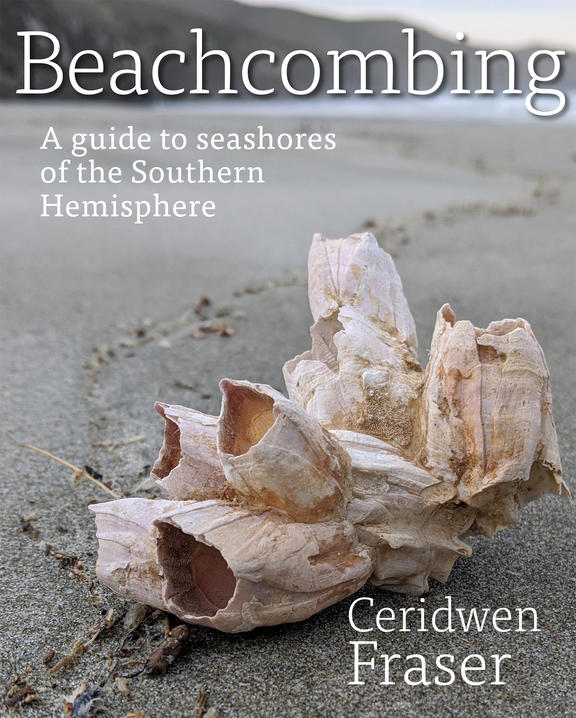 Fraser hopes her book will be useful for people wanting to know how to go beachcombing, what to look for, and what they can learn from their discoveries.

“I just thought it’d be nice to have a guide for people who enjoy walking along the beaches but are puzzled about things washed up.

“There’s often things that I can’t even really recognise at first glance cast up on beaches, because beaches can collect things from all over the ocean, from the deep sea, from countries far away.

“So it’s not supposed to be a guide that helps you to identify a particular species but it’s really aimed at helping you figure out what kind of thing is that odd object that you’ve poked with your toe on your beach walk this morning.”

She suggests that the best time to go beachcombing is after a storm or when there is low tide.