A new study assessing the relationship between young people's mental health and where they grow up could influence urban and rural planning.

Researchers at the University of Canterbury are mapping localities and investigating whether living near gaming venues, takeaways and liquor stores, or green and blue areas like parks and rivers are linked to mental health. 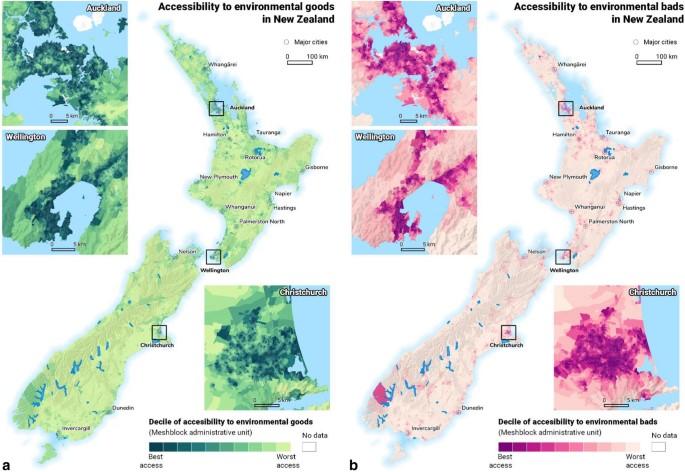 University of Canterbury public health lecturer Matt Hobbs, who is co-investigator on the project, told Nine to Noon often research focused on individual aspects, but mental health was complex with multiple influences.

“One of those influences is the environment in which a young person grows up in.

“What we’re doing is taking a cross-section of basically a million young New Zealand adults and we’re looking at the whole country.

“Times have changed in terms of the way we interact with our environment but what we’re particularly interested in is our current day, and what do our current environments mean for our young people.”

Hobbs says the increase of liquor, gambling and fast food spaces over the years pushed people in the wrong direction for making healthy choices.

“We’ve got children from age 10 to 24 [in the research], so across that spectrum obviously there’s a change where young people can access gambling and liquor stores themselves once they turn 18 and move into young adulthood.

“What we’re doing is saying if we have a park, which is great in our neighbourhood, but it’s surrounded by liquor stores and places where young people can go to gamble, or even places like fast food outlets or dairies, what that means is all of these things may combine to influence a young person’s mental health.

“What we’re saying is there may be particular types of environments that are particularly important for depression and anxiety as compared to self-harm,” Hobbs says.

It's hoped this research will help community advocates to persuade policy makers to take heed and include findings from the two-year study in future planning.

“By changing the environment, this mirrors recent government health reforms which have shifted the focus away from treatment to prevention,” Hobbs says.

“We can make structural changes to our environments around us to try and better promote public health, because we shouldn’t be leaving it to individuals, families or communities to change the environment they’re living in, we have to drive it.

“If we provide the evidence that supports that, [we can] drive those changes.”

One in four young Kiwis have a mental health issue before they turn 18, with Māori and Pasifika over-represented.

Hobbs says disadvantaged populations often lived closed to the spaces that were deemed to be detrimental to health.

Mapping in the research showed there were pockets in major urban areas, particularly in Christchurch and Auckland, where there was good access to liquor, gambling sites and fast food outlets but not enough ‘green’ and ‘blue’ spaces.

“We’re trying to investigate is this potential combination not good for the mental health of young people?”

In exploratory results from their research proposal, Hobbs says when they aligned their maps with mental health conditions in a particular area, there did seem to be an overlap.

But he says the full results have yet to be looked at in detail for a final report.

The research is being funded by A Better Start and Cure Kids.