When National Poetry Slam winner Te Kahu Rolleston was at school, he was just like a lot of the rangatahi he now works with.

“I didn’t have an avenue to be able to express myself,” he told Kathryn Ryan.

“I found out that I could freestyle rap quite well and so my mates would just press play like I was a radio or something and my job was pretty much just to hang out and rap for everybody.”

Honing his skills, he entered the battle rap circuit.

“It was awesome but something that didn’t quite sit well with me was the purpose of it was to make somebody feel crap or feel not good. I come from a loving family that likes to build people up and strengthen people.”

Eventually he found spoken word poetry and realised the skills he’d been working on since he was a kid could be put into something productive and empowering. 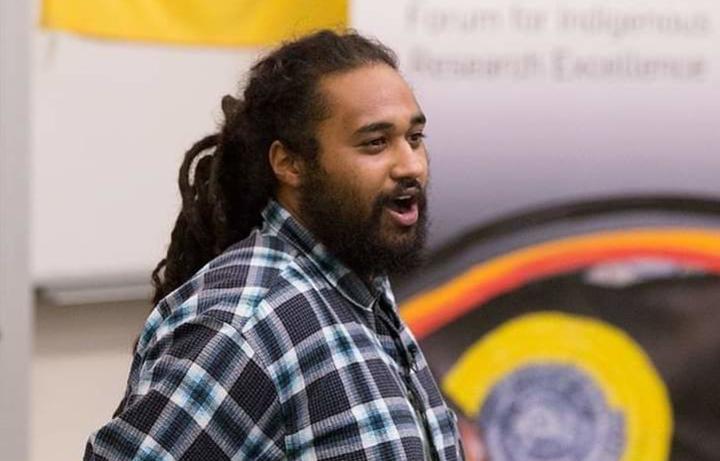 Now an alumni of the prestigious Banff Centre's Indigenous Writing Programme, Rolleston runs spoken word workshops with rangatahi in schools around the country to endear them to a life-long love of reading and spoken word poetry. His approach is to fill the room with joy and happiness, so learning - and writing - is a joy.

Slam poetry, as Rolleston believes it, isn’t quite theatre but sits somewhere between it and conventional poetry.

“My family’s from this island in Tauranga called Matakana and even when I was little my mum used to just make up impromptu ditties and my koro was the whaikōrero dude at the marae. My family always was responsible for doing the supporting songs and waiata tautoko and so that stuff was always extremely valuable to me my whole life.”

In his poetry, Rolleston takes skills from kapa haka, whaikōrero, mōteatea and other oral traditions.

He sees the same in the rangatahi he is working with.

“A person might be going through something hard but they can’t talk about it with their mates but when they have this thing called a poem, they can...sit behind the curtain of creativity instead of having to share something that seems so personal to them. Once they’ve made a creation, they feel confident to share.”

Poetry allows people to communicate on their own terms, he says.

“If you’re a funny person, you can just be funny. If you like to rhyme you can just make rhymes, it’s up to you.

“For me that’s the power in it, there’s no boundaries.”

Rolleston is hosting a spoken word competition for E Tū Whānau, the kaupapa being "hopes and dreams for my world, my future, my whānau".  You can find more information about it here.