The Brits are in freedom mode, the weather’s baking hot and a ‘pingdemic’ stalks the land, UK correspondent Matthew Parris says.

Covid restrictions were lifted this week by Prime Minister Boris Johnson, but it comes with great risk, Parris says.

“Monday was Freedom Day, was Liberation Day and in theory we don't have to wear masks anymore except on trains and on the underground. 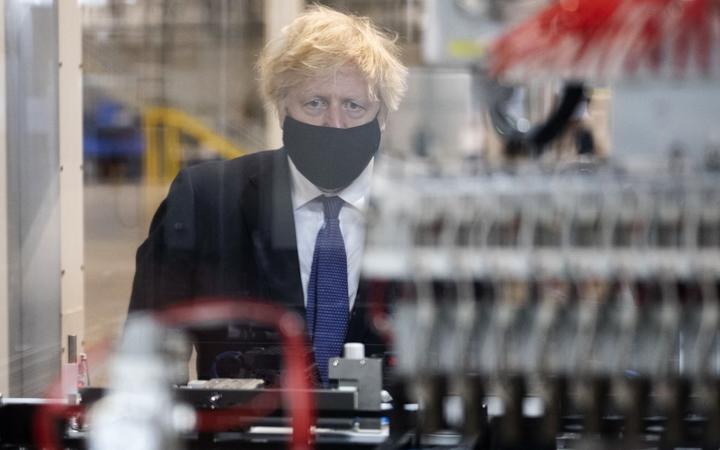 “In theory, we can all have dinner parties of six or more people indoors, in theory our theatres and others can welcome large numbers of people in.

“But the fact is, everybody knows that Boris Johnson is taking a huge gamble with this - cases are still soaring.”

They're not soaring quite so fast as they were a week or so ago. But they're still soaring.

Cases of the Delta variant are not soaring quite as fast as they were and the hope is they will plateau, he says.

“Everyone is hoping that the cases rise and rise and finally plateau, but they are not followed by large scale hospital admissions or deaths because of the vaccinated stage of the population.

“But it's very much fingers crossed and whistling in the wind.”

Meanwhile the UK test and trace app is causing a ‘pingdemic’.

“Lots of us have got these little National Health Service apps on our phones, and we're supposed to get messages if we have been close to the phone of anyone else who has reported in with Covid symptoms.

“But so many people are getting these pings now and not everybody just wants to go off work for 10 days or five days or whatever it is.”

It is having a big impact on staffing levels across the board, he says.

“It's beginning to affect the National Health Service because lots of NHS workers are getting pinged.”

Getting a ping does not mean you’ve got Covid, it means you’ve been near someone who thinks they have, he says.

“It could reach the stage where half the nation is being pinged.”

The law doesn’t require you to isolate, he says.

“You're allowed to make your own decision, but an awful lot of people are either deleting the app or simply switching it off.”

PM Boris Johnson, Rishi Sunak the chancellor and Sajid Javid, the new Health Secretary have all been pinged recently and are isolating, he says.

“They tried to wriggle out of it, but they can't. So, they're all self-isolating at the moment. And that that doesn't make things easy.”

Johnson is under considerable pressure on a variety of fronts, says Parris, and ‘Freedom Day’ was very much a Johnson decision.

“You never know with Boris, he just sort of bumbles along. He did Prime Minister's questions today, he kind of escaped, he doesn't seem to care.

“There are really no senior ministers apart from the Chancellor [Sunak] who have any weight, who can really, I think, impact on Boris' own decisions and so he's got this mad Downing Street full of advisors, all advising in different directions briefing the press differently, a lot of rather second-rate ministers, a very second-rate cabinet, a powerful Chancellor who really wants Freedom Day and really wants to get the economy going.”

And a heatwave has come along to coincide with these new freedoms, he says.

“For us British it’s very extreme, we reached I think 31.4 degrees yesterday. It's been nearly as hot as that today and for English people that is really hot.”

Meanwhile, migrant crossings of the channel into Britain are hitting record highs, with 287 arriving in one day.

“I heard [Home Secretary] Priti Patel being interviewed earlier on today and she sounded a bit out of control. She doesn't really know what's happening.”

“But the French don't appear, to us British anyway, to be trying very hard to stop the boats leaving France and they come over and they land and they're immediately taken to security centres.”

A new law where people without documentation arriving can be imprisoned is going through Parliament, he says.

“I really don't know that how that's going to work. These poor people come off boats, hundreds and hundreds of them herded somewhere and then prison sentences of up to five years and our prisons are already full.

“It's one of those rather populist reactions I think, hopefully it won’t actually put it into effect.”